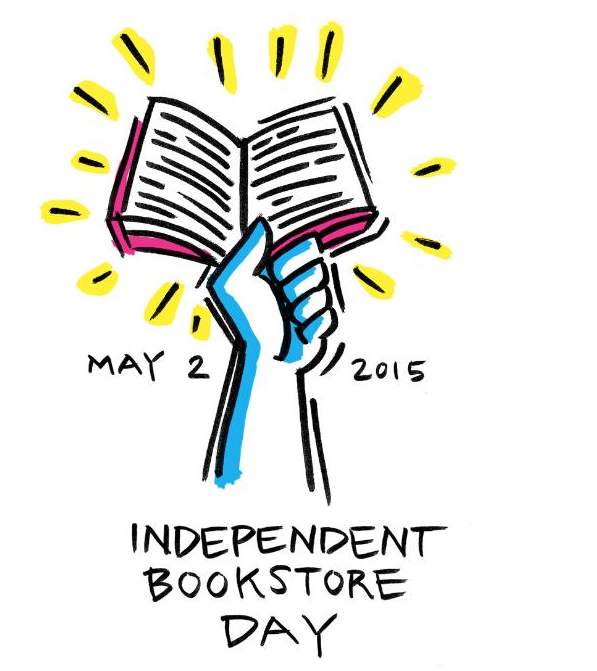 Saturday, May 2nd is Beer Pong Day, Bladder Cancer Awareness Day, National Play Your Ukulele Day and World Naked Gardening Day. It’s also the first-ever National Independent Bookstore Day – and it’s party time in the stacks as Twin Cities booksellers go all out to celebrate, with everything from F. Scott Fitzgerald Bingo (noon at Common Good Books, Saint Paul), dancing around a Maypole (1:30 PM, Birchbark Books, Minneapolis), and The Easiest Scavenger Hunt Ever (all day, Red Balloon Books, St. Paul). If you’re a night owl, stop in at Boneshaker Books – the volunteer-run south Minneapolis shop will be open ‘round the clock on May 2 to celebrate. Early risers can visit Moon Palace Books’ pop-up tent at the Midtown Farmer’s Market (open at 8 AM). You get the idea: chances are, your local indie bookstore has something fun up its sleeve – along with something special on its shelves, and likely there are refreshments and prizes to boot.

“National Independent Bookstore Day grew out of California’s successful 2014 California Bookstore Day,” says Carrie Obry, executive director of Midwest Independent Booksellers Association. Obry said that even as the California event was being created, organizers had an eye toward taking it national. The inaugural event increased sales in the 90 participating bookstores by a total of $150,000.

Obry said that merchandise produced specifically for the event, available only at the 400 plus participating bookstores, was key to California’s success, which she predicts will be replicated nationwide. Obry rattled off a laundry list of specially designed items. “There’s everything from onesies for babies to edgier items such as a special chapbook from Roxane Gay, a stencil of a Margaret Atwood poem about words, tea towels with salty sayings, and a literary map of the seas.”

Publishers have created a total of 16 books and art pieces for the one-day event.

“The nature of the event is to rally people to celebrate independent bookstores,” Obry said, “We’re looking at the merchandise to draw people into the stores. In the Twin Cities, there are so many indie bookstores to choose from! I don’t know of any metro area as rich in bookstores as we are.” She hopes that you’ll visit several.

Want to know where to go? Moon Palace Books has created a map of Minneapolis and Saint Paul’s 27 indie bookstores.

To view it, go to moonpalacebooks.com/event/independent-bookstore-day-2015 & scroll down.