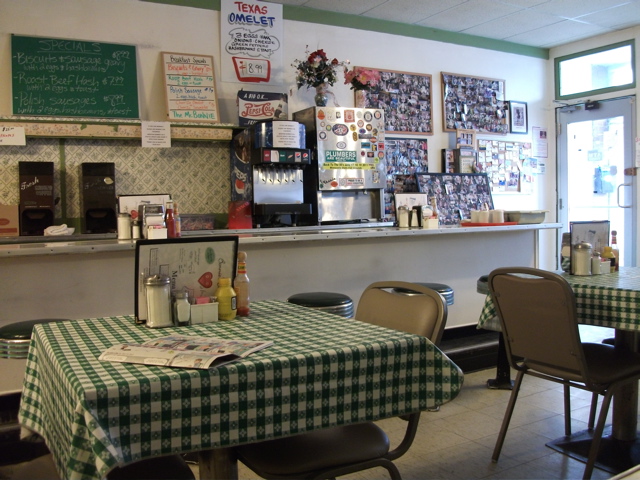 “I had always wanted a restaurant,” said owner Bonnie Roell, the owner of Bonnie’s Café on University Avenue in St. Paul. “In 1974, I read in the paper that this little restaurant was for sale and I bought it. I called NSP and told them I would be late in paying my bill but I would pay twice the next month.”

In her first week, she went to the grocery store daily and bought food for the day.  She did this each day for the first week and at the end of the week she had made $700.

“The challenge is wanting it bad enough and doing the hard work,” said Roell.  “I worked 12 hours a day.  I did my own cooking, and I wanted my girls to go to college.” Right now she only visits occasionally, due to a broken femur, a leg injury of a year ago that is healing.

Bonnie’s Café is a vintage diner where time has stopped. They serve hearty American breakfasts and lunches.  “It is the same menu as 34 years ago,” said John Rybisky, manager and cook for the past 19 years.  “We have added a few new things like biscuits and gravy, and McBonnie: English muffins, gravy, ham, cheese, two eggs and hash browns.”

Breakfastm the most popular meal, is served all day.  The Big Eater, Texas Omelet, and the Blueberry Special are some of the well-liked dishes.  Lunches are served from 11 to 2:30 with old staples such as the hot beef sandwich or meatloaf still popular meals. 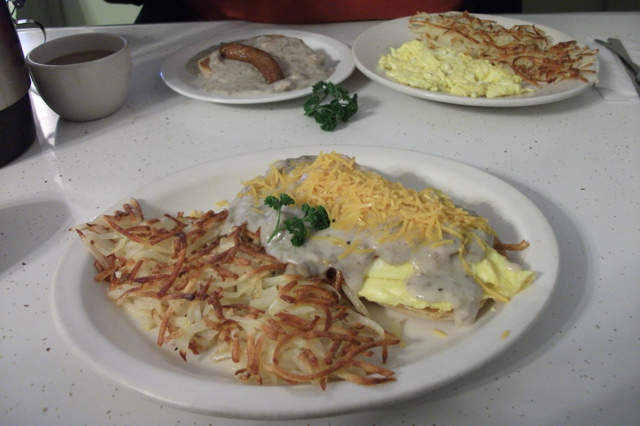 Seven bulletin boards hang on the walls.  They are full of pictures of customers who have come over the years.  Bonnie knows all their names.

“It is Bonnie’s personality that keeps this place running, God and Bonnie,” said Rybisky.  “People like Bonnie and Bonnie likes people.”

Maureen Barry, a waitress for two years, says that working at Bonnie’s Café “is like being on a TV show.”  Nicole Williams, who has waitressed at different restaurants, says “I waitress a lot and I love it here.”

Rybisky said, “We want to draw more young people from the neighborhood to our restaurant.” 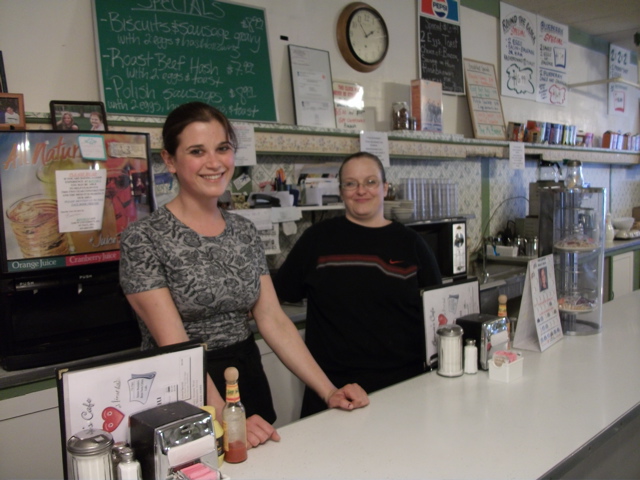 Maureen Berry and Nicole Williams, behind the counter at Bonnie’s Café.