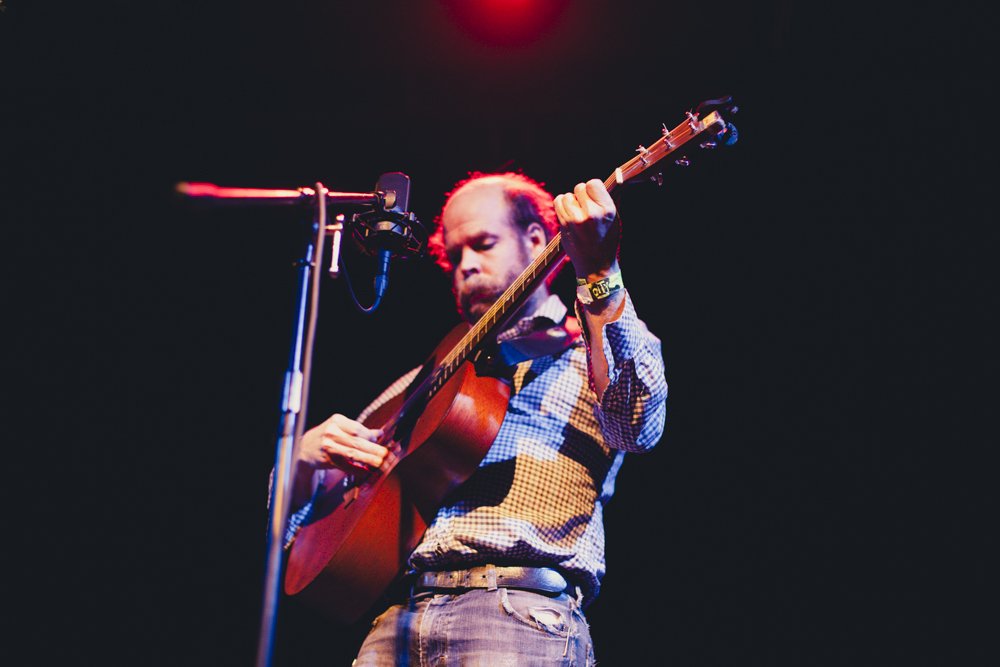 How much of the artist is present in their art? The wall between Will Oldham and Bonnie “Prince” Billy has long been established by the artist himself. Oldham is one to shy away from most media appearances and interviews—and apparently from playing shows in Minneapolis too. Perhaps it’s the weather, but it has been nearly five years since his last show in the area. The venue was the Cedar Cultural Center, and its cozy, old ballroom setting could not have been better suited for Oldham’s intimate performance.

Bonnie was making his last stop on a brief Midwestern run of shows, with label mates Bitchin Bajas tagged for support. Although the task of opening for a cult figure like Oldham may be daunting, the music of Bitchin Bajas is so far removed from traditional realms of composition and execution that their performance seemed perfectly placed before Bonnie, whose presence is often revered as mysterious and enigmatic. Bajas used sax, guitar, and electronics to create a freeform, hyper-modern jazz vibe with elements of traditional Middle Eastern music. The sounds were transient at times, violent at others, but altogether cohesive and other-worldly.

After an engaging opening set, Bonnie “Prince” Billy humbly took the stage to a room that was dead quiet with anticipation. He strummed his guitar once, and then opened the night with an a capella version of the traditional “The Banks of Red Roses,” which brought Oldham’s theatrical side to light as he gestured wildly with his head, arms, and even legs.

His stage presence was intriguing and intense, but his between-song banter lightened things up as he told stories and took song requests. The majority of the night’s set list was from recent recordings, with a few old songs and two Everly Brothers covers filling in the gaps. Among the night’s gems were the fan-favorite “New Partners,” the rare, comedic “I am a Floozy,” and a stunningly beautiful performance of “Black Captain.”

So many things make a Bonnie “Prince” Billy show a rare and pleasant experience—his stage presence, his free-flow changing of melodies, the dialed-down manner in which his comings and goings are reported, but perhaps the best part of it all is the openness with which he performs on stage; the strangeness which surrounds his work makes pretense impossible. It was apparent that the audience at The Cedar enjoyed the rare opportunity to see all of these elements come together.

After a standing ovation from the crowd, Bonnie performed a five-song encore and then walked off the side of the stage. So while Will Oldham and Bonnie “Prince” Billy may not be exactly the same person, whatever combination of characters and personas took the stage the night of Monday, December 16 served to both remove the artist’s veil and also to cover him fully in song. It is a song his fans will keep singing until the next time he comes around.