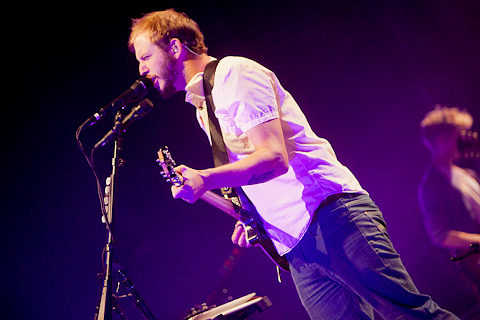 Switching between a falsetto that tugs on the heartstrings and a deep, swoon-worthy croon, Wisconsin singer-songwriter Justin Vernon led Bon Iver through a mixture of the band’s new self-titled album and “the old stuff,” dating back to 2008’s For Emma, Forever Ago and 2009’s Blood Bank.

Bon Iver’s increased size—the band now consists of Vernon and eight backing players whose contributions involve a variety of brass, strings and drums—didn’t reduce the sense of intimacy typically present in Vernon’s songs. The rock simply enriched the enveloping of sound, pulling us in and providing us with a place to comfortably exist within the music.

The band kicked the night off with “Perth” and several other tracks from the new album, in addition to one-off “Brackett, WI” (a contribution to AIDS benefit album Dark Was the Night). Following a beat-box supported cover of Björk’s “Who Is It?”, they broke from the solid all-band sound while Vernon performed a solo rendition of “Re: Stacks” to an impressively silent and enraptured audience. Although beautiful in sound, Vernon’s voice and body both strained with emotion in a crackling way that made me wonder if he’d snagged his own heart on the melancholy lyrics or inspiration behind the song. But no tears from Vernon, and the band picked right back up again with “Holocene,” reportedly named after a bar in Portland where Vernon had a “dark night of the soul.”

Vernon seemed slightly less nervous the second night but equally, if not more so, awed and humbled by the support he received from the audience, thanking them several times over.
While the second night’s performance of a frenetic “Creature Feature” didn’t receive the same standing ovation the first night’s did, the crowd overall seemed even more amped and even more appreciative. The sing-along to “The Wolves (Act I And II)” ended in a near-deafening cacophony of unleashed ecstasy, per Vernon’s instructions to yell at the end, lest we have a shitty week.   The night may have come second in the pair of sold-out shows but had been the first announced, perhaps attracting the more vehement fans.

The three-song encore ended with all the band members singing along to an enthusiastic and happy version of “Skinny Love,” before a blissed-out crowd wandered dazedly out of the Orpheum.

The show was opened by Canadian singer-songwriter Kathleen Edwards, a folksy singer with country leanings. Edwards may be Vernon’s current love interest, but she proved her presence on the stage was merit-based as well. With a rich voice, she presented a combination of old and new songs, accompanying them with guitar, violin, and keyboard and supported by two other band members.

The second night seemed a bit tighter and tidier for the group (bandmate Jim Bryson fudged and faltered several times throughout the first show) and Edwards’s between-song chatter, while still rambling and a touch crass, was a bit more at ease. With powerful lyrics and a Southern feel, Edwards charmed the crowd. 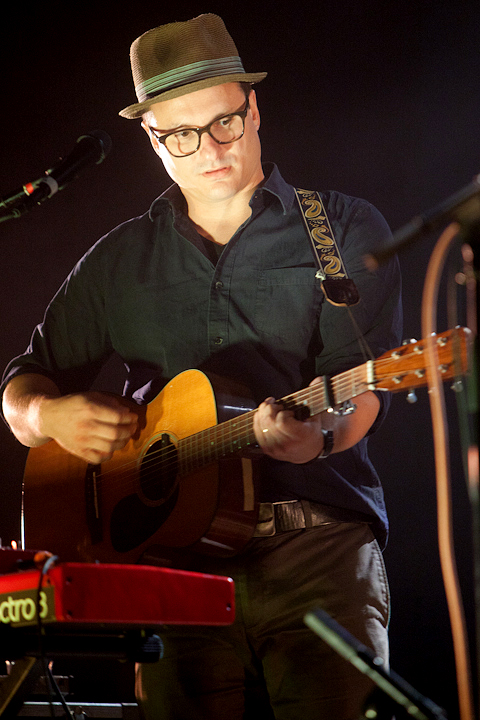 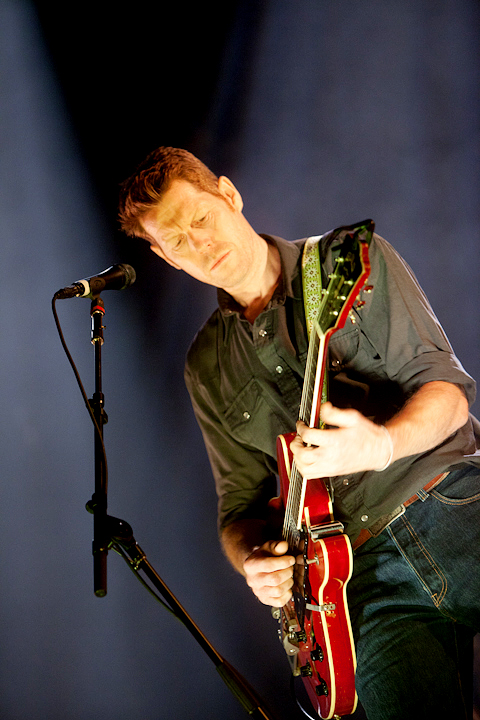 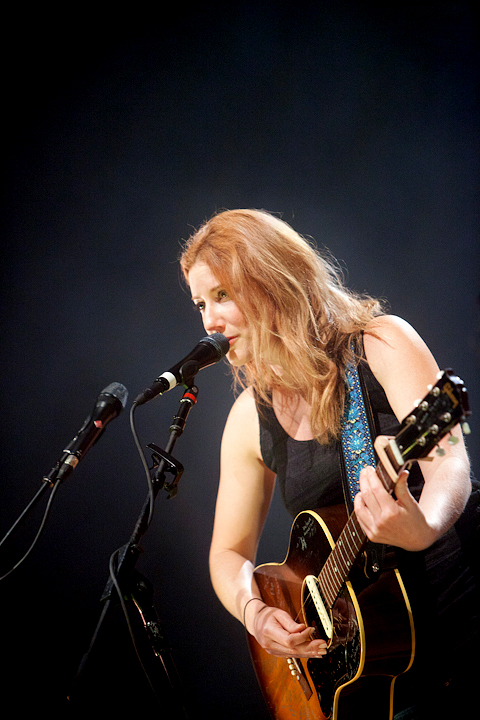 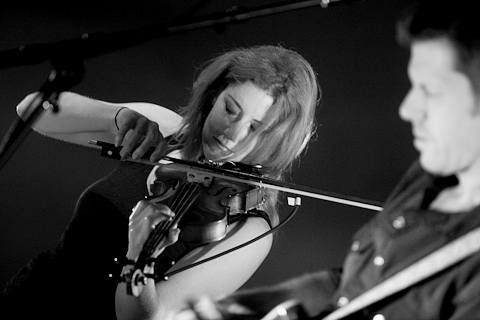 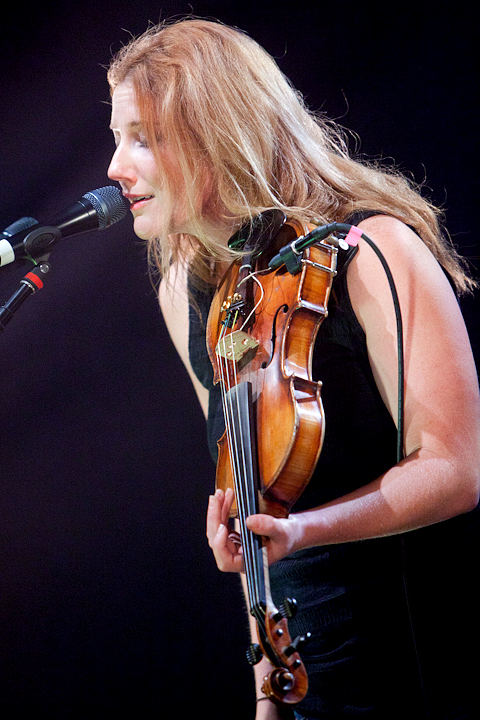 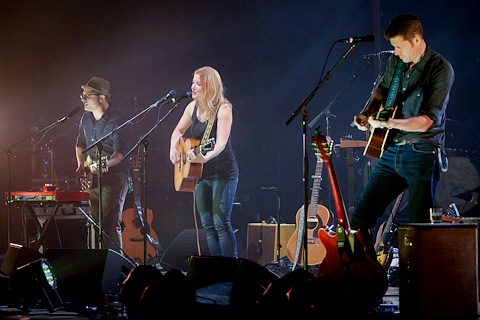 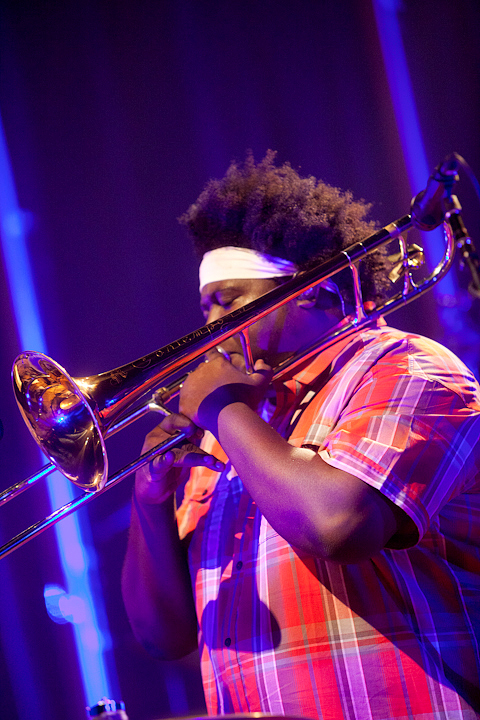 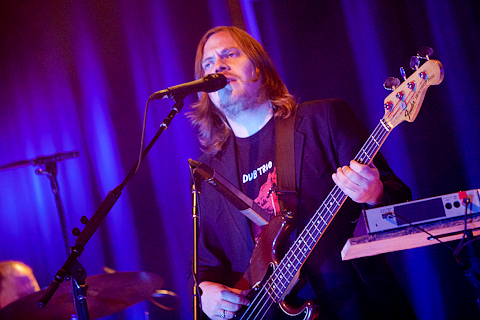 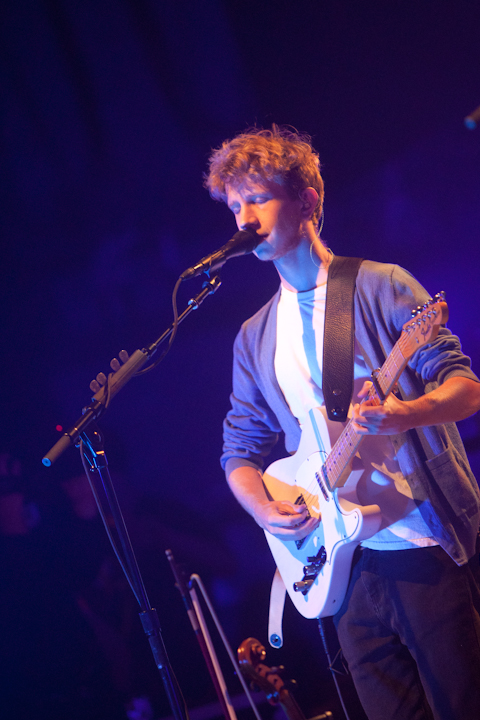 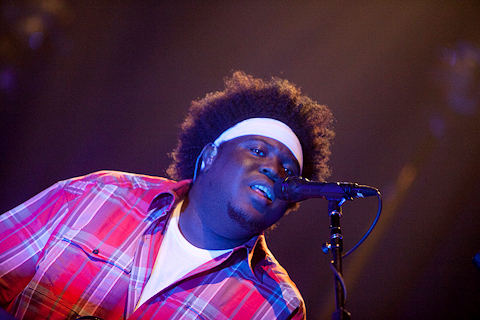 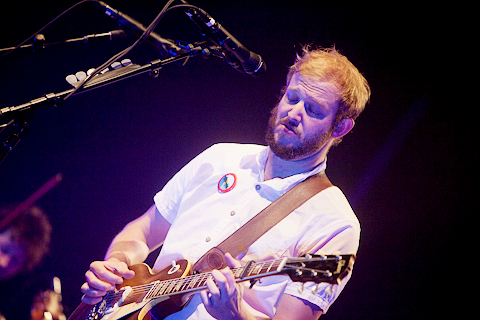 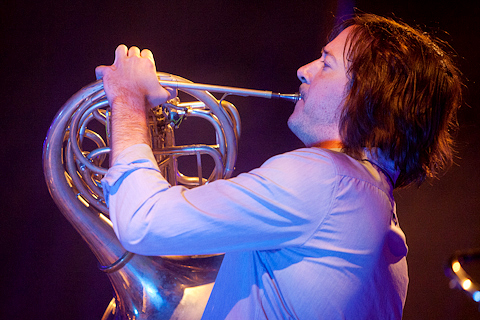 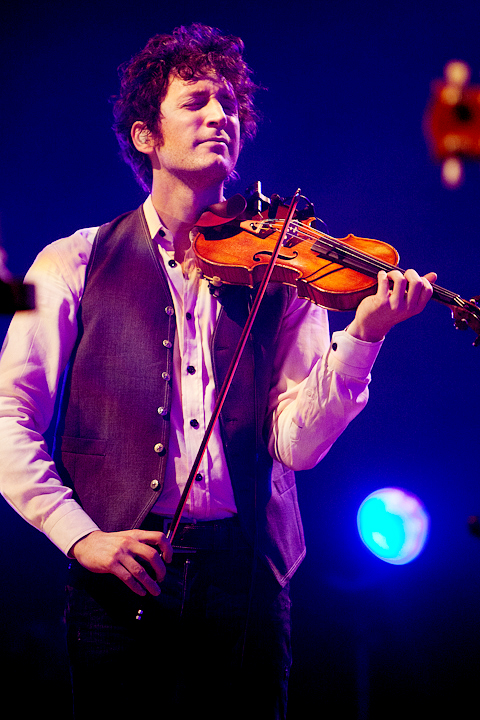 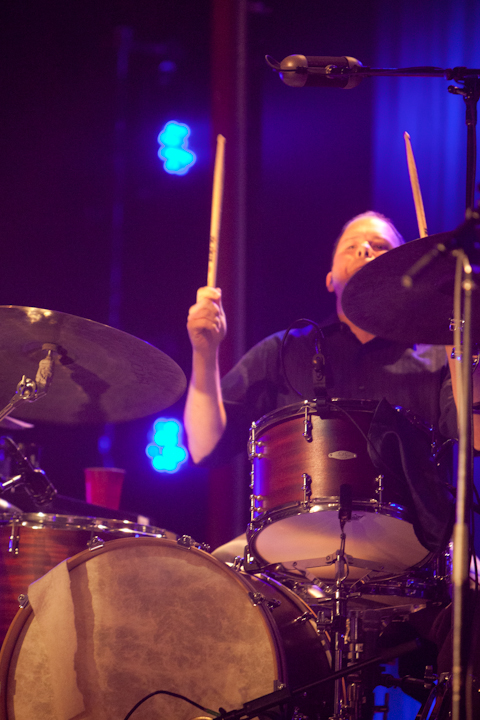 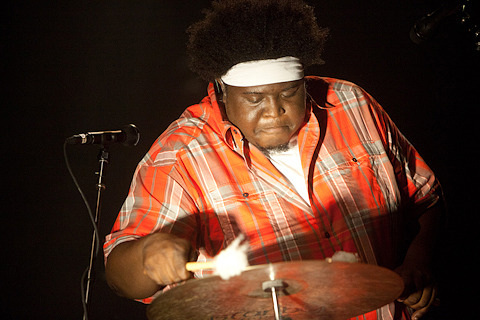 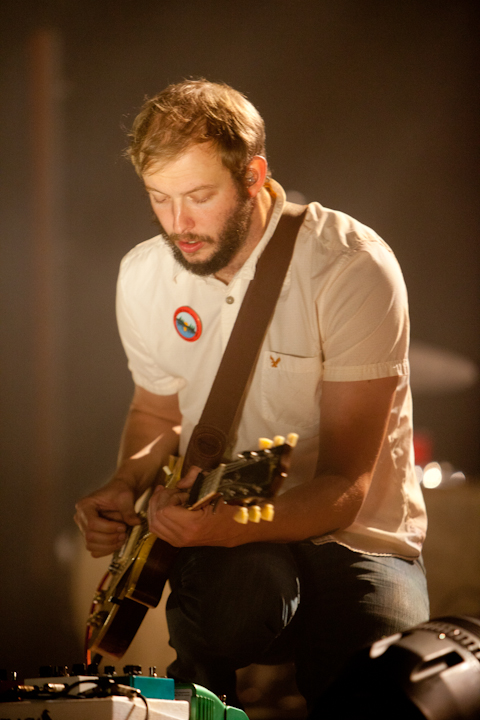 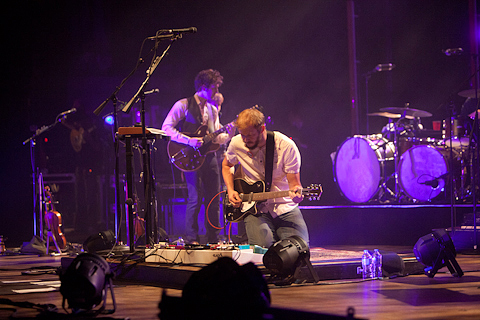 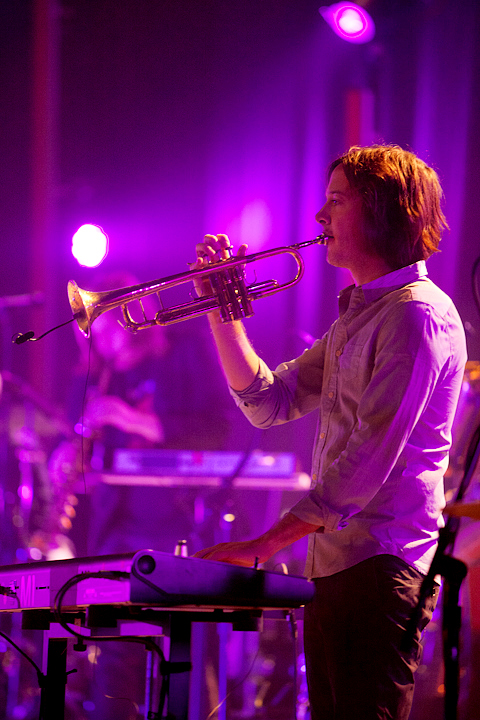 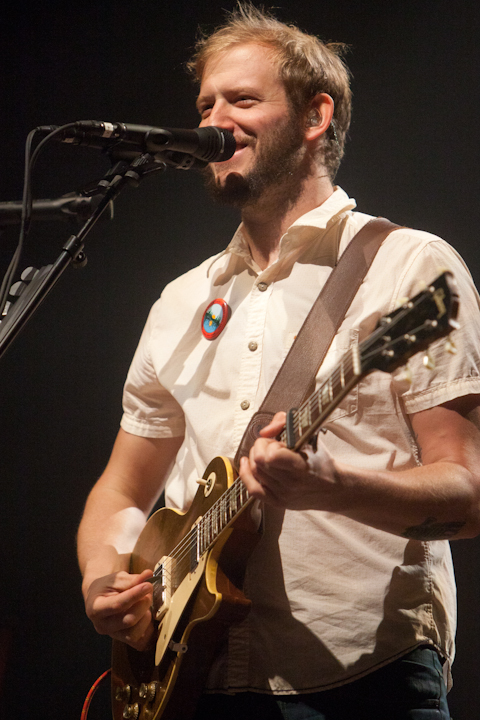 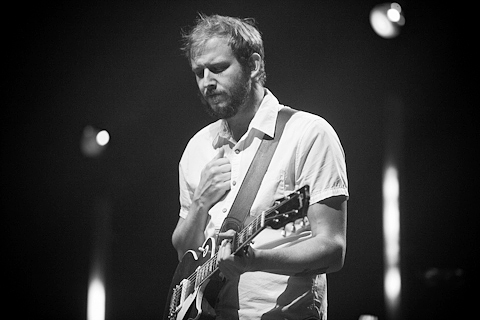 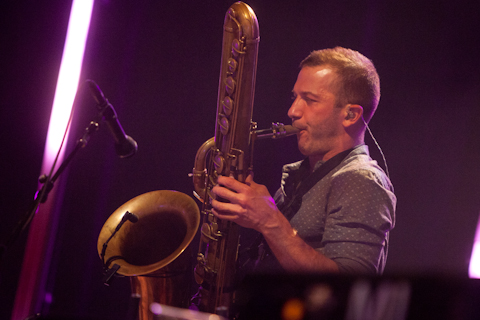 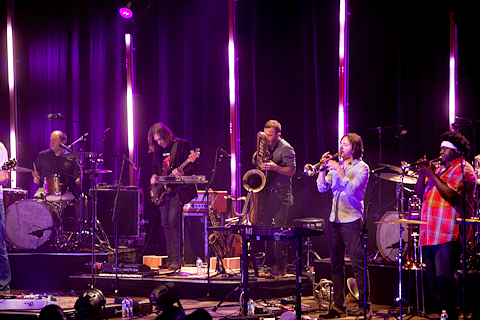 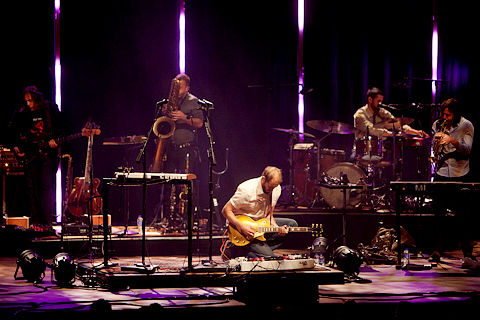