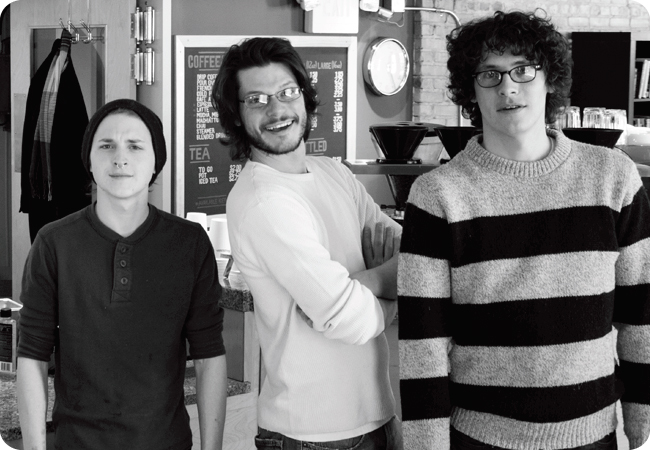 The latté breve. I miss it. Ever since my dx of cardiac defects I’ve given it up. It and it’s $5 price tag was easy to leave. Easier than having to leave a place to hang, surf the web and nosh. I believe it was healthy-choices and cost-saving mayhem that closed the shutters of my favorite local java joint, the Boiler Room in August, 2010.

“I walking by this building, (The Castleton – Stevens Square) and saw a sign in the window that said, ‘we’re sorry but we have to close this establishment as soon as possible,’ and it gave a phone number of the owner on it,” recalls Michael Graca (pronounced Gray-sah), the Boiler Room Coffee’s new owner, manager. My neighborhood spot was revived and is presently maintained by this young gent of a mere 30 years.

“I was studying to be a teacher, after I’d returned from living out in Seattle. I was going to school to be a teacher while managing a small shop in Northeast, and I realized, that teaching wasn’t for me,” said Graca. A casually attired, reluctant hipster, “I’m not in a band,” felt he should be doing more with his life, the clock’s ticking toward year 30.

“I was managing Taraccino, I’d been doing it forever and felt, ‘I could do this better.’ so I dropped out of school, left my position and got to working on opening my place, a coffee place, anywhere.”

Kaitlyn, a coworker from Taraccino stopped by in March of this year to show Michael some support and ended up employed by her former boss. “Mike’s a real important guy to me. Before… I didn’t know anything about coffee and now I know a ton. (He) introduced me to this world and I’m 110% in love with it.”

I’m 100% in love with this establishment being in good care, filled with good eats and still well attended on ‘Artisan Row’, Third Avenue South at 18th Street in Minneapolis. Please stop by Boiler Room Coffee and say hi to Michael and his hard-working crew: Kaitlyn, Seth & Andy.