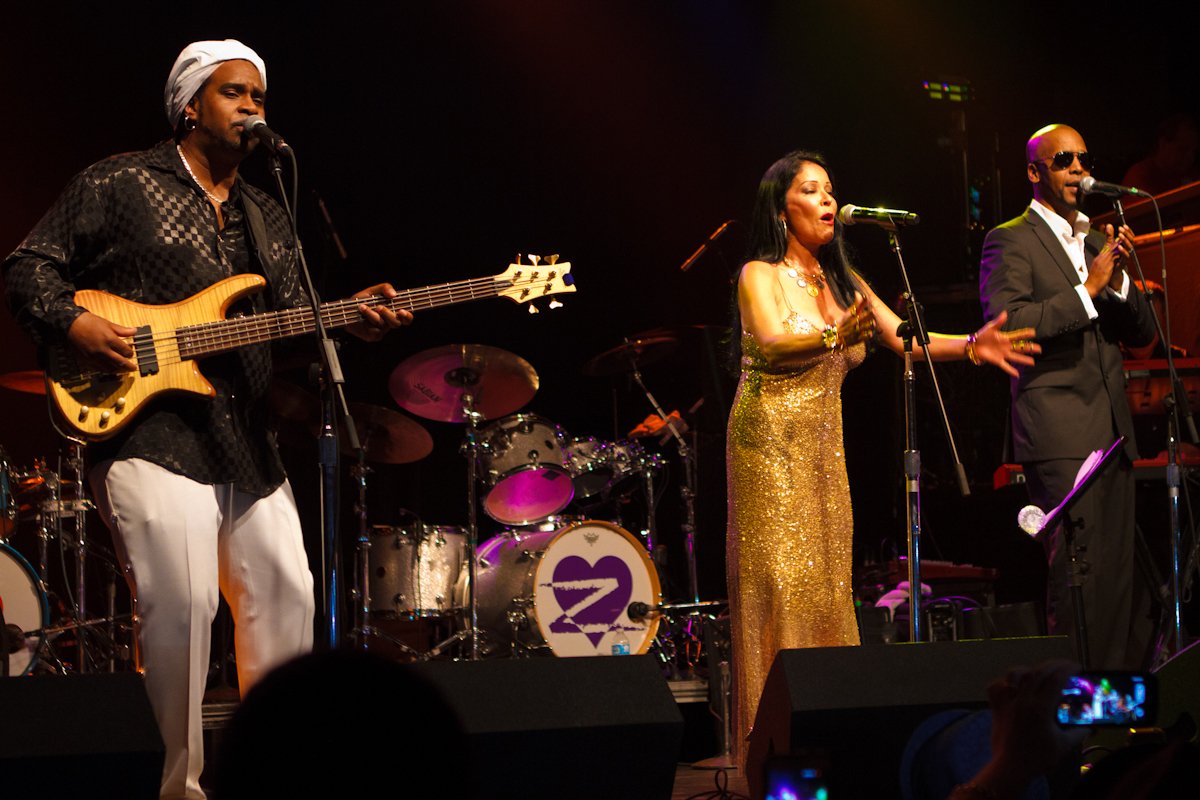 Longtime fans of the Minneapolis sound returned to First Avenue Saturday, June 28 for the 3rd Annual Bobby Z & Friendz Benefit 2 Celebrate Life. There was much anticipation to see special VIP host Apollonia for her first appearance back at First Avenue since the filming of Purple Rain in the early 80s. In addition to her accepting an Oscar from Bobby Z for her role in the movie, the crowd was thrilled with her performance of “Take Me With You.” The show’s lineup was rich with Minneapolis talent including Brian Setzer who stepped in to perform hits like “Stray Cat Strut,” Atmosphere’s Slug belted out an enthusiastic version of “Let’s Go Crazy,” a stirring version of “When Dove’s Cry” roared out from the Sounds of Blackness, and a playful version of “Baby I’m a Star” featured American Idol contestant Paris Bennet. After the star packed concert, the audience was invited to stay and mingle while the full length version of the movie Purple Rain streamed on the big screen.