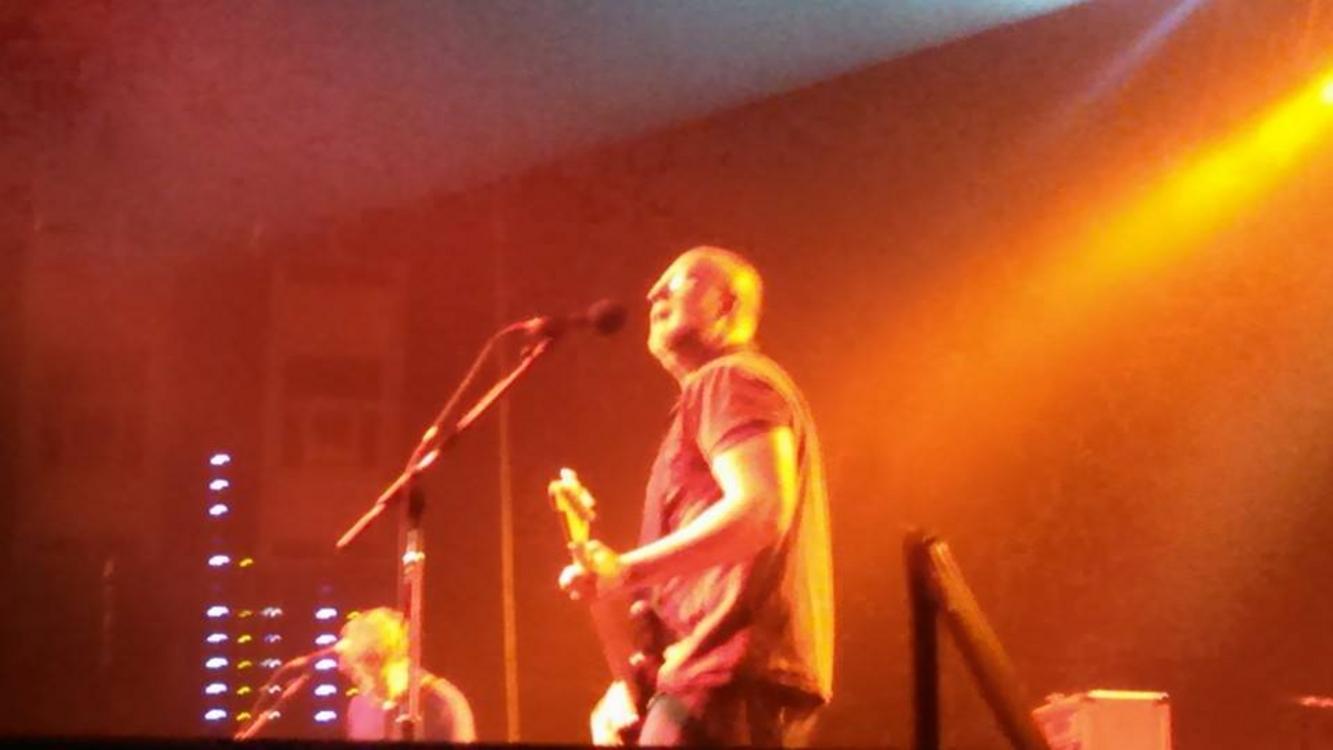 Reader’s Digest review: Bob Mould. Nailed it. If I closed my eyes it could have been 1985.

Never mind ageless, Bob Mould actually gets better with age. His set on Saturday night at First Avenue was at least as energetic and inspiring as any show on the same stage 30 years ago – which is saying an awful lot. He looks amazing and sounds the same, despite the fact that this was round two of a two-gig weekend.

He started strong with Flip Your Wig and Hate Paper Doll. That got the old schoolers on their toes. And it was all old schoolers. Really, the ID checkers could have had the night off. But we were old schoolers who like good music.

Mould is consummate punk musician. He plays ‘em all fast and hard. He doesn’t talk a lot between songs but when he does, it’s not gratuitous, he’s talking to the audience like an old friend. “Haven’t seen you since the State Fair.” That kind of conversation. Also he had a special guest that merited (but needed no) introduction. Mould talked about moving to the Twin Cities in 1978, taking the bus to see a favorite band and being so grateful that he did because months later the Suicide Commandoes broke up. He added he got to know them by letting guitar lessons from Chris Osgood. (Craig Finn gave the same story a few weeks ago at the Turf Club.) Osgood joined Mould on stage. It just got faster.

There was one crowd-pleasing punk ballad otherwise every song was signature Mould – short and fast.

The night ended as it began with a few songs from Husker Du: I apologize and an amazing send off with New Day Rising. Bob Mould. Nailed it.