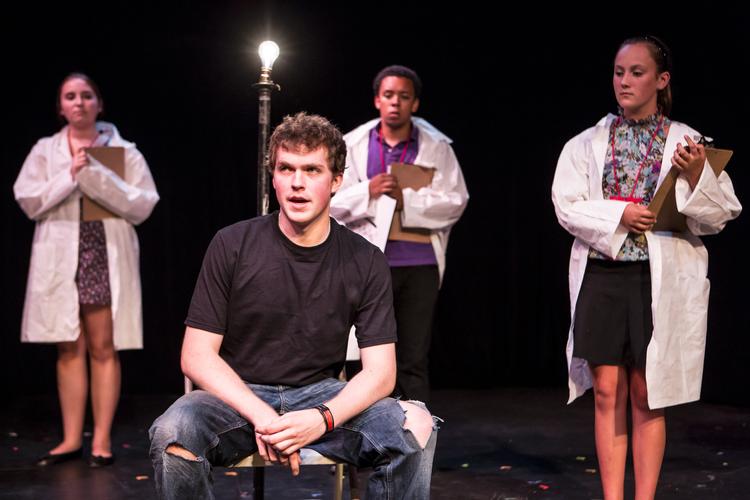 “Come be a part of this bon voyage production!” blank slate theater casually drops in the promotion of its upcoming production of Spring Awakening. With nothing more than invitation and the fact that this would be the theater’s last mainstage show, people were left wondering—most probably thinking the worst—what had happened. Was this yet another example of a theater in the Twin Cities going under?

Earlier this week, a press release was sent out put to rest any fears and rumors floating around. Yes, the mainstage productions will stop, but blank slate theater is anything but finished.

Before executive art director Adam Arnold founded blank slate theater, he was working as a counselor at a teen treatment center. There, he started combining his passions for psychotherapy and theater when the teens asked him to teach them improv, which then evolved into full-fledged plays. After Arnold left this position, he founded blank slate theatre in 2006 and has since produced about 20 shows about mental illness and other emotional issues plaguing teenagers in the basement of First Baptist Church in St. Paul.

Two of these 20 productions, Analyzing the Bully and Disordered [thy name is teenager], have taken off as educational touring productions. In this form, blank slate’s mission of reaching and impacting more people through theater is reached. “It gets our message out to different parts of Minnesota instead of just Minneapolis and St. Paul,” Arnold says. The shows have ventured out of Minnesota as well—going to parts of Wisconsin and North Dakota.

And so blank slate theatre will be putting all of their efforts into their touring productions and other workshops and presentations that use the professional DVDs of the two shows. While Arnold is anything but thrilled to be letting go of the mainstage productions, he’s making sure to go out with a bang with Spring Awakening—a “dream show,” as he put it.

For anyone unfamiliar with Spring Awakening, the show usually comes with a disclaimer so audiences are aware of its explicit nature. Blank slate theatre is no exception, saying, “Due to sexual content and strong language, Spring Awakening is most appropriate for persons ages 12 and up.” Duncan Sheik and Steven Sater musical’s adaptation of the 1890 German play by Frank Wendekind explores teenage angst in a sexually oppressed culture. The modern musical’s rock score contains songs like “The Bitch of Living” and “Totally Fucked.”

Despite the all-youth cast, Arnold says they’re not cutting anything from the show. “Blank slate theatre has never shied away from cutting-edge topics,” says Arnold. “It fits our mission well.” Being a place to support and keep youth safe, Arnold explains that blank slate is sensitive to the subject matters of the play and holds group discussions so that the cast can talk through the issues at hand in the play (abortion, romantic relationships, sexual assault, etc.).

But casting teenagers to play teenagers is the key to capturing the inner turmoil that the play centers itself on. “One of the criticisms I have had of other productions of Spring Awakening was that all the actors are 30-year-olds playing 15-year-olds. It doesn’t have the same fragility and tenderness…youth display tenderness in a more congruent way,” says Arnold.

At what seems like its peak, blank slate theatre is seeing this as the opportunity to put itself out there entirely—to move out of its parents’ basement if you will. And while the empty-nest syndrome will be prominent in the people of the Twin Cities, we can rest assured that the theater is moving towards bigger and better things.