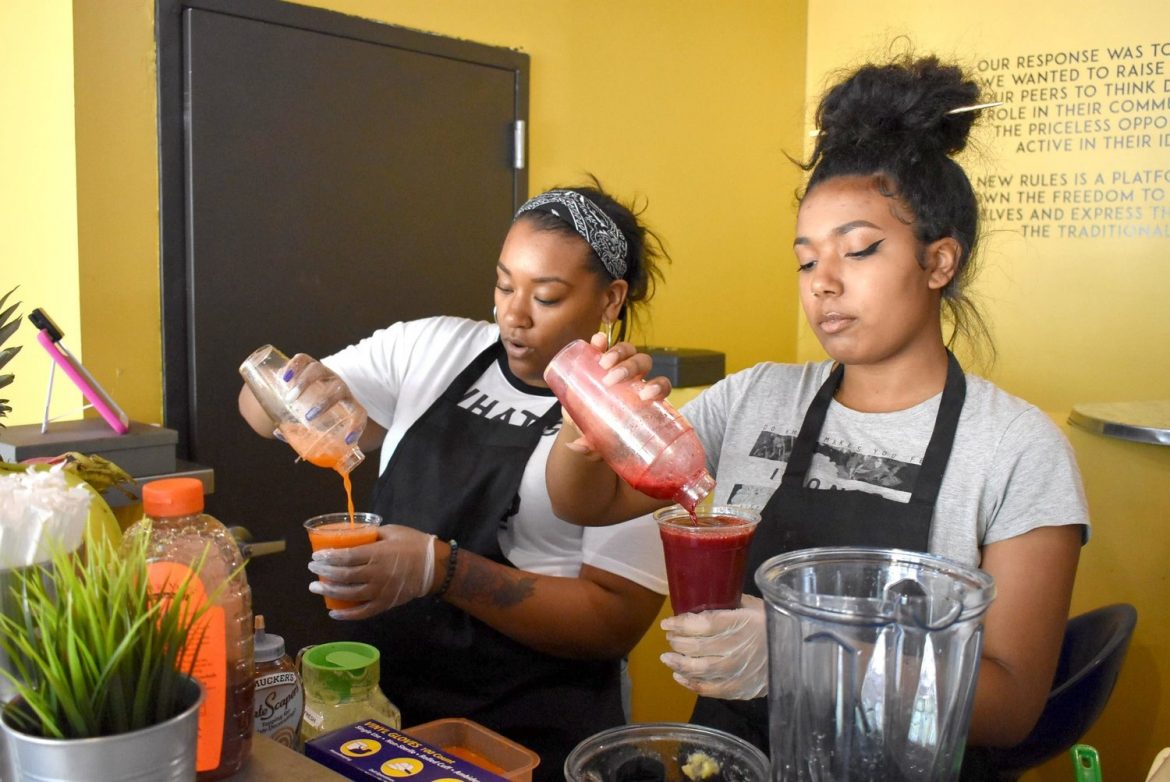 On Lowry, Got the Juice smoothie and juice bar opened with the hope to honor black culture and promote self-care and wellness within the community. The new juice bar is a collaboration between New Rules, a black-owned co-working space, and the Zen Bin, a health and wellness business that operates out of New Rules.

“It’s a partnership. For us, it was about covering the health and wellness component of the ecosystem. Healthy food is something that the community asked for, what better way to introduce healthy food than juice and smoothies,” said New Rules President and CEO Chris Webley.

Learn more about the new juice spot at North News.

A new organizing group, Minnesota Poor People’s Campaign, rallied at the Capitol May 14th to take spiritual and political action in the spirit of Martin Luther King Jr.’s 1968 Poor People’s Campaign. Leaders from various religious organizations across the Twin Cities metro were present in addition to activists and community members.

“I firmly believe that it is a time for us to call our leaders to a moral revival, to start thinking about issues that affect the most vulnerable among us,” said DeWayne Davis, pastor at All God’s Children Metropolitan Community Church and co-chair of the Minnesota Poor People’s Campaign. “We thought that we made progress with many of the issues that arose [in the ‘60s], but quite frankly, I don’t think I’m being hyperbolic when I say that in some ways we’ve moved further back. We’re wealthier than we’ve ever been. Dr. King said at that time that one of the things that’s most startling is that we have the resources to address racism and poverty and the war economy – and we do, too.”

Read more about this campaign, its mission, and first steps at MinnPost.

In the shooting of community activist Tyrone Williams, Crime Stoppers has issued a $2500 reward for information leading to suspect Sid Brady Strickland-Green. The Williams family announced these new developments on Tues., May 15 outside their home.

“We are asking that anyone who knows any information to come forward,” said Raiesha Williams, sister of Tyrone Williams. “We want to have Tyrone’s life, and death, taken seriously as another crime that happened to somebody unjustly. We ask that if you have any information to come forward. Too often, too many times, things go unsaid and undone because people stay silent. Somebody out there knows something.”

Center for Economic Inclusion to align private, public and community sectors to work for parity

The new Center for Economic Inclusion is seeking to combat racial and economic disparities in underserved parts of the Twin Cities. The center will be data-driven, working to connect and align organizations and businesses already doing grassroots work and assisting by providing metrics gathered across sectors and through community engagement.

“You’ll continue to see ‘hearing the voice of community first,’ [which is us] putting people at the center of that work and letting that drive the strategies that we have. And, to scale up so that it reaches more people in more communities and neighborhoods. And, you should expect it to be more results driven,” said Tawanna Black, CFEI founder.

Get the full details at Minnesota Spokesman-Recorder.