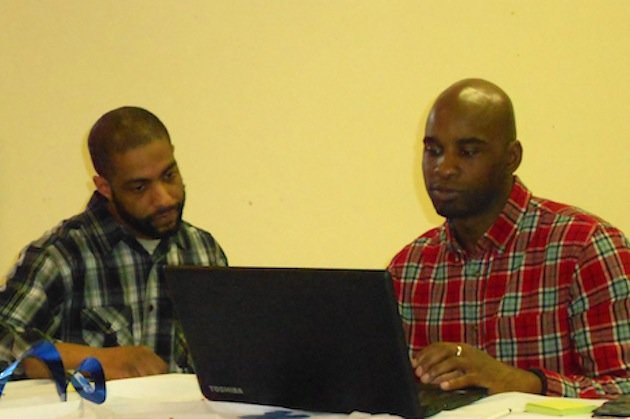 “I am anti-insurance! Insurance was built on gambling and all that crap…I do not [use a] computer. I’ve been screwed up by them,” said one of the people attending a March 9 information meeting. Vivien (who didn’t want her last name used) is not the only member of the Minnesota African-American community who feels wary about signing up for MNsure online.

According to community leader the Reverend Doctor Alfred Babington-Johnson, “Our position is that African-Americans are disconnected from the health insurance opportunity for more reasons than technical. It’s about more than having access to the documents and the broker. There is a cultural disconnect. First we need to take that on.”

As President of the Stairstep Foundation, Babington-Johnson is working towards improving Minnesota African-Americans’ access to the new healthcare exchange under Obamacare. The foundation has received a $100,000 grant from the State of Minnesota, and has begun working towards MNsure’s current goal, to enroll 150,000 people before the March 31 deadline.

The strategy in signing up African-Americans for MNsure is based on the history of the church being a central force in the community and a trusted institution where community members have aided one another. To this end, Stairstep Foundation has hired and trained navigators in various congregations within their network of churches. As Babington-Johnson explained, “If we can have navigators sprinkled throughout the congregations that’s another level of access Metro-wide.” The navigators were nominated by their pastors, with the selection process being attuned to their personality. “Our navigators have a nurturing, helpful spirit. So [when looking into MNsure] you don’t have to feel like you’re facing an elephant alone because they will help you,” Babington-Johnson said.

The Stairstep Foundation reaches an estimated 150 churches with tens of thousands of congregation members. “Mass Meetings” at various churches have already begun. The Mass Meetings are also hosted by media personalities Pete Rose from BMA Network and Al MacFarlane from Insight Media.

The issue of trust towards health insurance is addressed first during the Mass Meetings, which open with a short video examining healthcare access in the African-American community. Beginning with the era of slavery, the video recounts the lack of quality health care made available to African-Americans, and how the community created its own institutions to overcome these challenges.

Civil rights activist Dr. Josie Johnson says, “The thing that many people don’t know is that for us on many plantations, health care was attended by veterinarians, not by physicians, so there’s then a long, deep distrust of health and the care of our people.”

“This is a signal accomplishment by the first African-American president,” says Babington-Johnson, “God forbid that we should be left out.”

For schedule of other MNsure meetings around the Twin Cities and the state, click here.

Following the video presentation, certified MNsure navigators are available to answer questions or enroll people in coverage. TaMica’ Tody, MNsure Navigator Coordinator for the Stairstep Foundation, said that the most common questions are: “Can I keep my doctor?,” “What about pre-existing conditions?,” and “What if I move out of state?”

At the Mass Meeting on Sunday, March 9, at St. Peter’s AME Church in Minneapolis, potential enrollee Wes Wells found the navigator assistance to be “a lot of help. If I was to try that site at home I think I would’ve run into a lot of problems.”

Wells’s navigator, Marcus Mays, commented, “I think my work is very important. People are okay with car insurance and home owner’s insurance being mandated by the government or other institutions; something tangible — we’re okay with that. But when it comes to our own health, we don’t see the need to take care of our health like those things we buy. But this can give a better quality of life for people for years.”