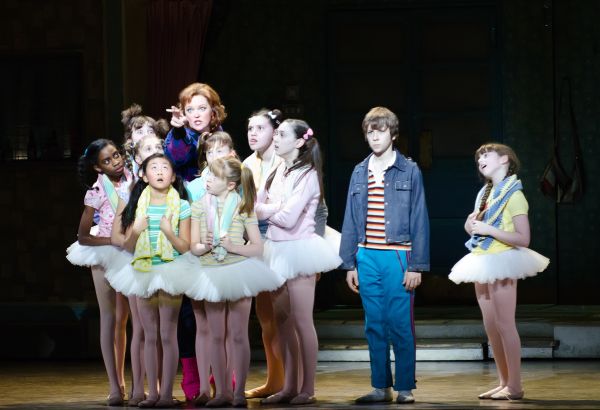 The Ordway Center for the Performing Arts recently presented Billy Elliot, the musical inspired by the movie of the same name—which was not a musical. Billy Elliot is a young boy growing up in a small Northern England coal-mining town. The year is 1984 and the story centers on the actual strike of the British National Union of Mineworkers in opposition to the threatened closure of mines by Prime Minister Margaret Thatcher. The strike lasted a year but eventually failed. In the next 10 years the entire industry was dismantled, with almost 300,000 losing their jobs.

As is the tradition for young boys, Billy goes weekly for boxing classes at the local center. One week he accidentally finds himself at the ballet class that meets in the same space directly after boxing.  He finds himself attending again and also finds that he seems to have a natural talent for dance. Eventually he is using his money intended for boxing lessons to pay for dance classes. His teacher recognizes his talent and encourages him to prepare for an audition with the Royal Ballet School in London. Predictably, his father finds out and orders him to stop dancing, eventually coming around and actually crossing the picket line to work as a scab to earn the money to support Billy’s audition. You will have to go to the show (or watch the movie) to find out what happens; but, did I say this was predictable?

In the touring production, four young boys alternate in the demanding role of Billy Elliot. Noah Parets, who was Billy for the performance I saw, was outstanding. Not only was his dancing excellent, but he also sings while being on the stage almost the entire time during a show that lasts close to three hours. He convincingly plays the part of a young boy confused by the unexpected change his life is taking but brave enough to stand up and fight for what he really wants. It is amazing to me that they have found four actors who can play this demanding part. One of the four, Zach Manske, is from Woodbury and started dancing after attending dance classes with his sister.

The main two influences in Billy’s life are his father (Rich Hebert) and his Grandma (Patti Perkins). He is also encouraged by his dance teacher (Janet Dickinson) to reach for his dreams. All three actors did a commendable job of portraying a real relationship with Billy. Dickinson’s costumes, designed by Nicky Gillibrand, are done in vibrant colors as contrast to the drab colors of the town people and the black of the police uniforms. I felt this clever use of color really emphasized the role his teacher played in bringing hope and excitement to what was a very somber life.

While I was entertained from beginning to end, I had to put some work into it. One of the big things for me was the difficulty understanding much of the dialogue because of the actors’ authentically heavy accents. I found the lyrics impossible to understand for any of the songs sung by the ensemble.  In the lobby there was a large sign detailing the background of the story. Having that information helped me to follow the story even when I missed some of the lines. The other interesting thing for me was the  choreography of Peter Darling.  It was entertaining in its absurdity at times. Picture the coal miners on one side of the stage, the riot police on the other side, and the young ballet dancers in the middle. There was no connection in the story line but it was a way to illustrate how the children’s young lives were intertwined with and affected by what was happening in the adult world around them.

I felt that most of the audience were seeing the show for the first time. While this was not your usual musical, it had many disjointed parts that came together to create a whole that was entertaining and thought-provoking. Leaving the show I noticed that there was not a rush to the vendor’s stand selling soundtracks, shirts, coffee mugs, and other souvenirs. This is not a soundtrack that will play in my head, but it is a story that will stay with me as I live my life and encourage others to follow their dreams. It’s a show for those who want to be inspired more than entertained. You won’t be a passive watcher of this show.