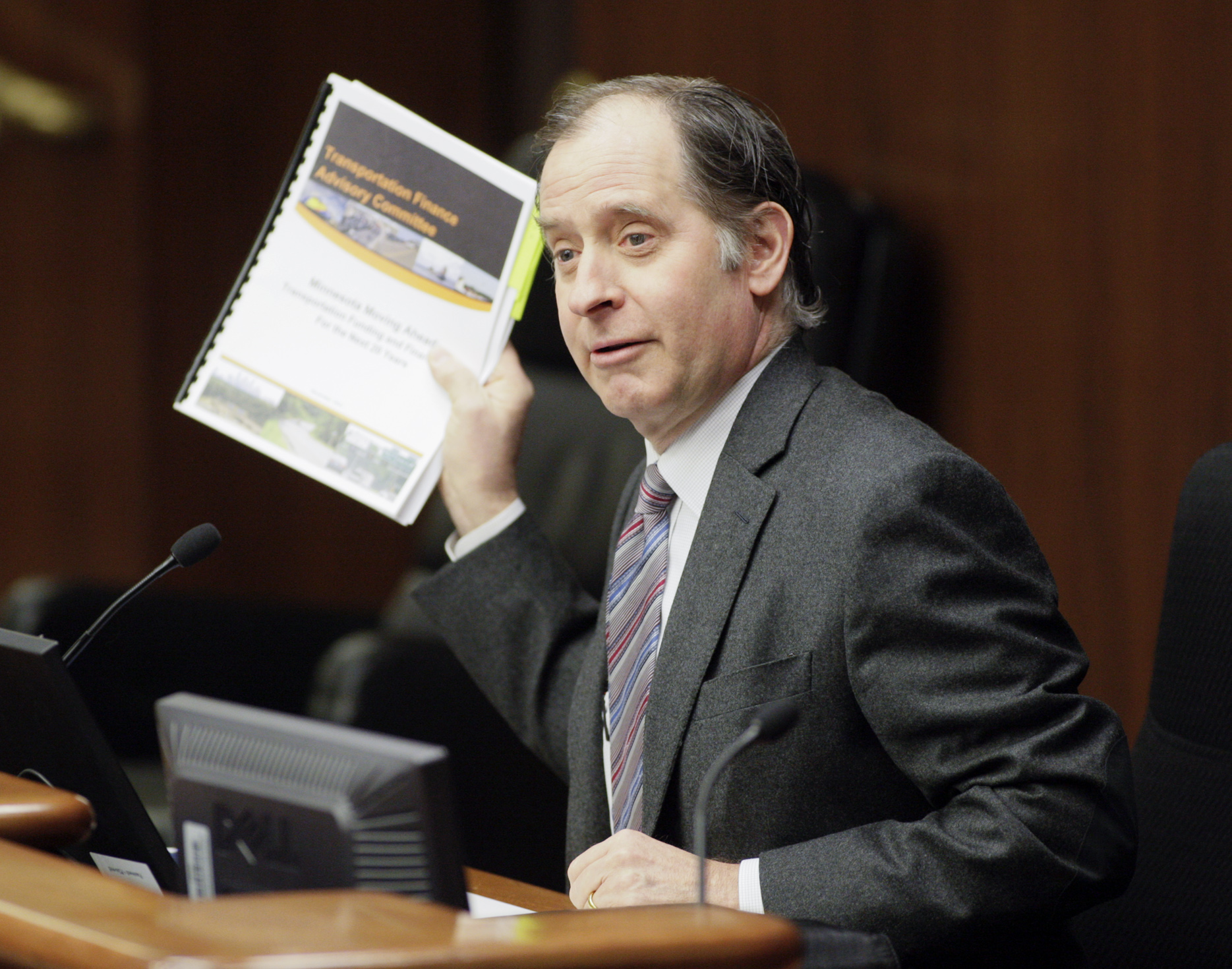 That’s the conclusion of a wide-ranging report on the future of transportation finance presented Wednesday to a joint meeting of a pair of House transportation committees. Twin Cities business leaders and the state’s top transportation official pressed lawmakers on the importance of making sweeping investments in Minnesota’s roads, bridges and mass transit infrastructure.

Transportation Commissioner Charlie Zelle (pictured at left) briefed members of the House transportation finance and policy committees on the findings of the Gov. Mark Dayton-appointed Transportation Finance Advisory Committee, or TFAC, that calls for billions of dollars in new investments to deliver what officials called a “world-class” transportation system.

The state’s current funding structure won’t support needed improvements over the next two decades, Zelle testified. That, and the committee’s determination that, to remain economically competitive, Minnesota needs significant upgrades to its transportation system – including a beefed-up mass transit system in the Twin Cities metropolitan area – guided the committee in putting together the report it delivered to the governor late last year.

In total, the report calls for more than $50 billion in additional funding over two decades and lays out “significant funding challenges,” Zelle said.

“We will really need to think hard and consider where additional revenue will come from,” he said.

To fund the improvements, TFAC recommends changes that include a 40-cent hike in the state’s gas tax over 20 years; an increase to a metro-area transit-dedicated sales tax, a form of which Dayton has included in his proposed 2014-2015 biennial budget; and increases to county wheelage taxes and vehicle registration fees.

Some lawmakers questioned the massive investments recommended in the report and sought a clearer definition of what world-class transportation would mean.

“These are some huge numbers,” said Rep. Mike Benson (R-Rochester). “I’m not saying these aren’t important things,” he continued, but the state needs to determine what a world-class transportation system is “and if we really need it.”

A group of Twin Cities business leaders said that a world-class system is critical in ensuring the state and region’s economic competitiveness.

“We can’t afford not to make these investments,” Klingel said.

The billions in transit tax increases called for in the TFAC report represent a challenge to lawmakers, Zelle acknowledged. But, he said, delaying the investments won’t make the state’s transportation needs disappear.

“I know this from my time as a bus guy,” Zelle said, referencing his former role as CEO of the Jefferson Lines bus company. “If you don’t do maintenance on a vehicle or road, the cost doesn’t go away … The cost of under-investing is, perhaps, even greater than just catching up.”