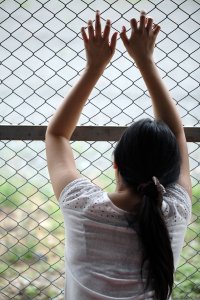 Today the House of Representatives takes up H.R. 5759, the “Prevent Executive Amnesty Act.”Don’t feel bad if you’ve not heard of this bill. Introduced just two days ago, the bill bypassed any committee debate or discussion, going straight to the House floor today.

Introduced by Congressman Yoho (R-FL-3rd), the bill is an all-out attempt to outlaw President Obama’s November announcement that his administration will be allowing certain long-term but undocumented residents of the United States to register for deferred action.

The problems with Mr. Yoho’s bill, however, are myriad and illustrate the perils of bypassing the democratic process and commonsense in a rush to score political points.

Mr. Yoho’s bill seeks to block the administration from treating these long-term residents “as if they were lawfully present or had a lawful immigration status.” But the president’s November announcement does neither of these things. People who register for deferred action are not being granted a legal status. They are being put – for now – at the bottom of the priority list for deportations but like any alien – legal or not – they can be excluded or deported for any number of reasons. Contrary to the amnesty meme recirculating ad infinitum amongst opponents of the president’s action, they have not suddenly catapulted to the head of the line for immigration status. The president’s action leads at best to a life in limbo.

To accomplish his feat of blocking the president’s action, Mr. Yoho’s bill would to apply to any request for “exemption from, or deferral of, removal.” Mr. Yoho’s choice of words demonstrates the peril of wading into the marsh of immigration verbiage.

“Deferral of removal” is specifically authorized by regulation for persons who have been granted relief under the Convention Against Torture: 8 CFR 208.17. I think Mr. Yoho means “deferred action.” They’re different things. Deferred action has been used for decades to as “an act of administrative convenience to the government which gives some cases lower priority. 8 C.F.R. §274a.12(c)(14) (2011).

Mr. Yoho’s mistake illustrates two fundamental problems (although I’m sure there are others) with H.R. 5759. First, immigration laws are tricky. Draft in haste and repent at leisure.

Second, this wildly ill-informed bill has the potential to undermine protections which Congress has granted to survivors of torture, victims of persecution, crime victims, human trafficking victims, and others deserving of humanitarian protections.

Mr. Yoho appears to have a passing familiarity with these protections, given the exceptions he includes in H.R. 5759. His choice of language, however, seems to indicate that Mr. Yoho either doesn’t know what he’s doing or, worse, that he seeks deprive victims of trafficking and others of the means of earning a living or remaining lawfully in the United States while the often lengthy process by which they can be registered as lawful permanent residents.

Mr. Yoho also would exempt from his bill those aliens who are at “imminent risk of serious bodily harm or death.” Again, this seems to be either a clumsy attempt to allow people whose applications for asylum are pending or who have been granted withholding of removal under section 241(b)(3) of the Immigration and Nationality Act – a technical provision that, while similar to a grant of asylum, leaves an individual in the somewhat awkward position of having been found to face persecution of deported but who, often for technical reasons does will never be eligible to file for lawful permanent residency or, ultimately, to become a U.S. citizen. If that is indeed Mr. Yoho’s intent, his close-but-not-quite language in the proposed bill misses the mark and would fail to ensure that everyone allowed by statute to remain in the United States following a finding by an immigration judge that they have a clear probability of persecution is able to work. The absurd, counterproductive, and cruel result would be to render people who, pursuant to our obligations under the 1951 Convention relating to the Status of Refugees, the United States will not deport and who will remain indefinitely in the United States can never work.

Unlike the picture Mr. Yoho wishes to paint, where aliens in the United States can neatly and easily be categorized as “legal” or “illegal,” good public policy considers more than political labelling. It takes into account that people who come to this country in search of freedom often wait years for a decision to be reached on their claims for protection. Would Mr. Yoho’s bill render these asylum seekers unable to work to support themselves during years of government delays – delays often resulting from severe and chronic under-investment in our immigration courts? They are, after all, without immigration status. Would people on Temporary Protected Status, specifically authorized by statute at sec. 244 of the INA, no longer be eligible to work while remaining in the US during periods of natural disaster or civil strife? Such a result would mean terrible hardship for extremely vulnerable individuals and undermine our protection system. Keep in mind that none of these individuals is eligible for public benefits.

Member of Congress who vote in support of H.R. 5759 should ask themselves whether scoring a political point warrants the risk of tearing asunder the shreds of stability America’s most vulnerable migrants now have while they seek humanitarian protection.