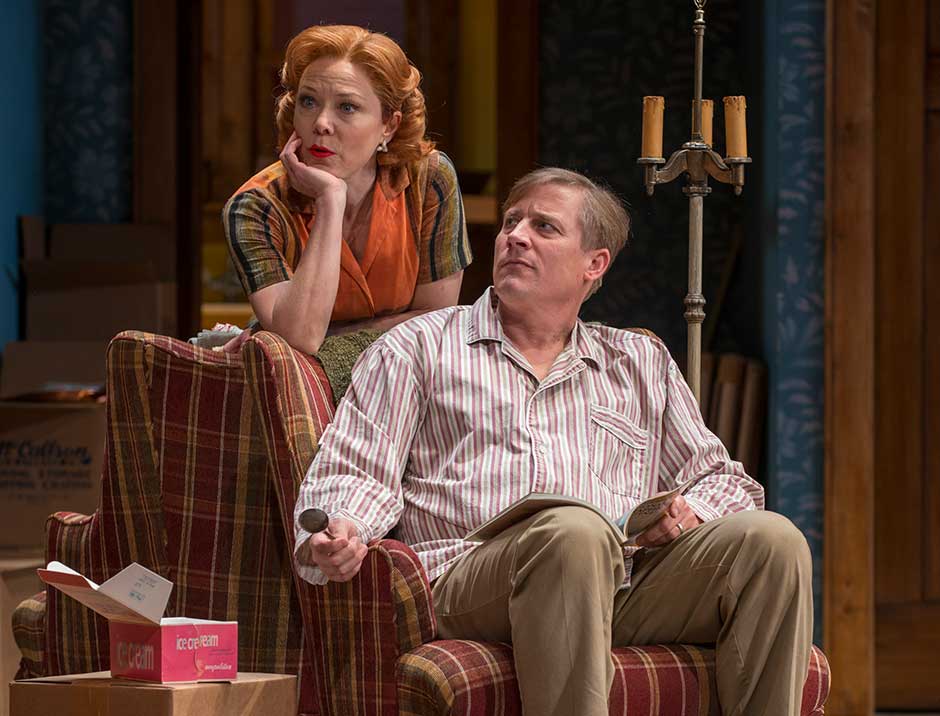 Clybourne Park is one of the latest plays to hit the Guthrie’s stage and has done so with numerous of accolades. MinnPost wrote, “If you seek a play that provokes, that makes you think, that continues what is probably our most important national conversation, Clybourne Park is unmissable.”

It’s a play about class, race, and gentrification with the drama swirling around the sale of a home.

We had the chance to talk to Longfellow resident and actor Bill McCallum who plays two characters in Clybourne Park – Russ (Act 1) and Dan (Act 2) – to get his perspective on the play, talk about acting on the Guthrie’s stage, and learn about his work in the relatively new guerrilla-style theater company, Dark & Stormy Productions.

McCallum: When I read through it I was really attracted to the language. It’s written with the rhythms of ordinary speech, and it just rolls off of the tongue. Also, the themes in the play are really contemporary. I liked its edgy and irreverent sense of humor. It’s a strong production that is at the same time hilariously funny and incredibly sad.

MB: Why do you feel that audiences have had such a strong reaction to the play?

McCallum: The characters are people that everyone can identify with. There’s also a sense of nostalgia, it’s a look back at what life was like in the 1950s.

However, some of the issues that are raised are difficult to watch. It gets really ugly and tense at some points.

MB: You’ve been in more than 35 productions at the Guthrie. Can you talk a bit about your experience acting at the theater?

McCallum: I’ve been really lucky to be able to work there. My first show was in the spring of 1996. It’s a great stage and the Guthrie has developed a loyal and intelligent audience.

It’s also amazing what they can do technically. In Clybourne Park they do a complete set change.

MB: Have there been any particular productions that have been especially memorable?

McCallum: Who’s Afraid of Virginia Woolf with Pat Stewart and Mercedes Ruehl. I also played in a large, national tour of Othello where I was able to travel all over the country with my kids. Circle Mirror Transformation. God of Carnage was really fantastic. Time Stands Still.

MB: What are you doing next?

McCallum: I’m going to be in Skiing on Broken Glass in The Lab [the Guthrie’s experimental theater] and The Receptionist with Dark & Stormy Productions.

MB: Can you tell us a little about Dark & Stormy Productions?

McCallum: It’s guerrilla-style theater with short plays on an intimate stage. We use found spaces. Our last performance was in a converted loft space in a warehouse in Northeast Minneapolis. It’s really fun to play on a small stage and tell a story on that level.

It’s theater that we hope will attract the millennial demographic. There won’t be a lot of people attending the theater in the future unless we start developing these audiences now.

Related: THEATER REVIEW | “Clybourne Park” at the Guthrie Theater: A play about “the American dilemma” and other euphemisms (Jay Gabler, 2013)