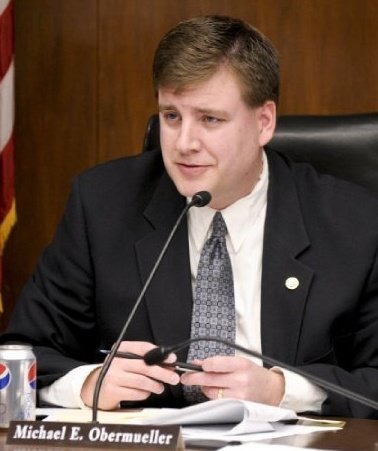 As interesting as it is that Bill Maher picked one of our congressmen, Rep. John Kline, CD2, for his #FlipADistrict contest, the reasoning is interesting. He explained it on his Sept. 12 Real Time with Bill Maher. The bit I refer to starts around 2:40, where Maher said the issue of student debt inspired most of the votes for Kline, and then he tore into Kline’s record:

Student debt is a huge issue for young adults. If Democrats want young adults to vote, something they’re less inclined to do than older age groups in any sort of election, then we can only help our cause by addressing their biggest issue. Judging from Holly’s post yesterday, Kline’s opponent, Mike Obermueller, has already taken that advice. However, this doesn’t apply just to Democrats running specifically against the representative sometimes described as “Rep. John Kline, (R – for-profit education industry)” (and with pretty good reason). It applies to all Democrats, obviously more so those with more more young adults, but are there any Democrats with no young adults whose likelihood of turning out is concerning? GOP outreach has been a joke, if it’s been there, even though I gave the GOP some friendly advice. I don’t normally care to help the opposition, preferring to let them continue when making mistakes, but I told them to reach young voters on student debt in hopes of making some progress on the issue. Partisan opportunity is just the consolation prize. For now, looks like a consolation prize will have to be enough. However, that consolation prize is just an opportunity, not a win.

What I mean by that last statement is that young voters vote heavily Democratic — if they vote. We still have to motivate them to vote. Getting on the right side of issues can’t hurt. In fact, it’s probably a necessity, but this particular issue seemed to well-up in social media to influence Maher’s #FlipADistrict contest (as the hashtag might suggest, Maher was relying heavily on Twitter) without candidates pushing it. I could be wrong, and I’m not in that age group nor living near a college campus, so maybe I just don’t see candidates talking about it, but that’s my perception. I did notice Minnesota Attorney General Lori Swanson going after the for-profit education industry, but she’s an exception.

I do sometimes see candidates taking young-adult-preferred positions on some issues, like even Republicans seem to have noticed they better be OK with marriage equality. There are appeals to youth by supporting marijuana legalization and immigration reform, and those are the right positions on those issues if you’re hoping to get young adults to vote for you — if they vote. But do those issues drive them to vote? I wish I had some nice hard polling data instead of an impression, but in lieu of that, my impression is no. Those issues get young adults to vote Democratic, but not necessarily to turn into young voters. Student debt is strangling their futures, and they know it. It could be fixed, and they probably know that. Democrats will generally vote for needed reforms, but I’m not sure young adults know that.

So tell them. Bring up the issue at the door; get it on the lit; put up a sign at the campaign table in the student center. They’re likely stuck living with their parents for economic reasons, which means the conversation at their door might be heard by their parents — bonus!

That’s too much text for a lit piece, but I’m sure the campaign pros can make succinctify it.