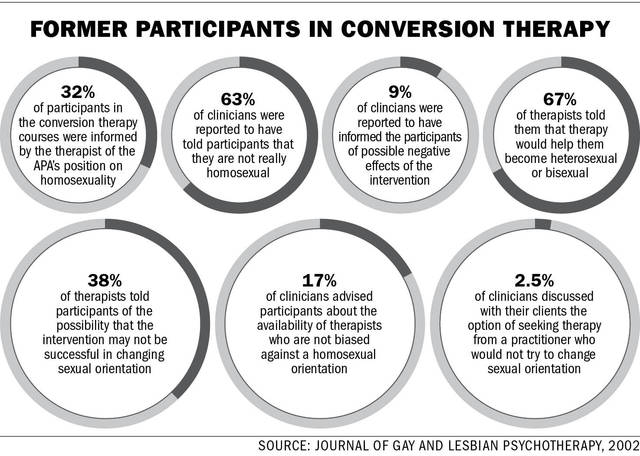 Political science sophomores Alec Fischer and Gabe Aderhold pushed for a bill prohibiting the practices after authoring an online petition that attracted more than 114,000 signatures. Lawmakers denied giving the legislation a hearing, citing the proposal’s lack of crucial details and a strong argument for its passage.

“It’s not enough just to say, ‘ex-gay therapy is bad,’ which is something I would probably agree with,” said Rep. Tina Liebling, DFL-Rochester, who chairs the committee that blocked the bill. “I’m not an expert on this; I don’t know enough about it, and it’s up to the advocates to educate people.”

“It was disappointing but also encouraging,” Fischer said. “We had never written legislation before, and the whole lobbying process was new to us.”

“There are all these issues that when you try to introduce legislation, you have to make it clear enough and precise enough that it actually works,” Liebling said.

Pro-Family Forum founder Kevin Petersen opposes the proposal because he said his life has improved after receiving sexual orientation change therapy as an adult. He said people who seek the treatment should at least have the option.

“I was very active in the gay lifestyle in the ’80s,” he said. “I wish I had had this counseling back then, when I was a teenager.”

Fischer and Aderhold said they hope to push the proposal next session with a renewed plan to gain stronger support. The students co-founded Minnesota’s chapter of Can’t Convert Love, a national organization dedicated to stopping gay conversion therapy, which they said will help raise awareness.

“Our goal now is to rally more support for the bill and bring it back next year with more resources, more support and more attention,” Fischer said.

Liebling said it’s great the students will try again next year, but she noted that supporters need to spend months educating people about the issue before the bill’s introduction.

Allen said proponents should consider partnering with organizations like OutFront Minnesota to improve their lobbying efforts and ensure success, which Fischer said they plan on doing.

“We’re hoping to take what we learned from this and apply it next year in order to be even more successful,” Fischer said