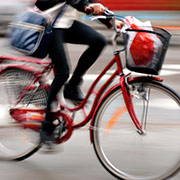 The most long-awaited of them is the University Bike Trail from the St. Paul campus to near downtown Minneapolis via the old Northern Pacific Railroad No. 9 bridge across the Mississippi River. This project has been in the works for more than 20 years, with Metropolitan Council funding repeatedly turned back because of disputes with the railroad over needed property easements, according to BWTC.

Eventually, cooperation between BWTC, Minneapolis and the U of M rerouted the trail onto land owned by the university, to which it gave the city an easement at no cost. The money saved has allowed BWTC to plan a further biking connection from the bridge to downtown, a project awaiting city council approval. The University trail is expected to open in July, the Bluff Street Park extension by year’s end.

“This important link … with connections at Oak Street Southeast, 17th Avenue Southeast and East River Road is poised to become one of the most heavily traveled bike routes isn the Twin Cities,” BWTC says.

Also in the offing this year:

Nearly all of these projects piggyback on public right-of-way developed long ago with little thought for anyone but motorists. We’re in a much different era now, where Minnesotans’ increasingly diverse transportation choices call for complete streets that serve all kinds of travelers. Even though pilot-project federal funding for BWTC is expiring, we should expect state and local governments to keep up the pace of “third season” of improvements for the foot-powered.