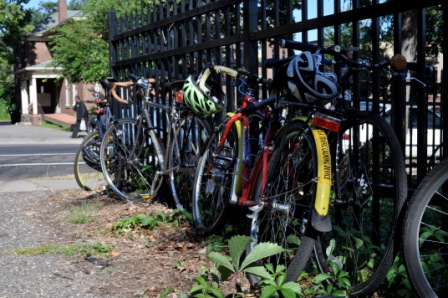 Minnesota is topping charts of places to eat and bike, but many may not know that we also live in the land of 1,000 co-ops. To celebrate Minnesota’s top ranking of business cooperatives, the Institute for Agricultural and Trade Policy (IATP) decided to host their second Bike and Bite community bike event, sending 210 bike enthusiasts on a co-op and local food treasure hunt through Minneapolis on August 18.

Erik Ostrom, a Bike and Bite participant, enjoyed the day because of the people and the chance to be active.  “I wanted to go last year, but it was sold out and signed up this year because I like biking and love food,” he said.

According to Andrew Ranallo, IATP’s Communications Associate, the original Bike and Bite event celebrated the Institute’s 25th year anniversary. They decided to bring the event back this year to celebrate the 2012 International Year of the Cooperatives and connect with their local community.

“We [IATP] do a lot of international work and but are proud to be based in Minneapolis and the work we do with local foods.” Ranallo continued, “ We thought a Bike and Bite this year would be a good chance to highlight the fact that Minnesota has more co-ops than any other state.”

Each of the nine stops of the ride spread out through Minneapolis were co-ops or maintain strong relationships with co-ops and exemplify the IATP’swork of supporting a fair, healthy and sustainable food system. 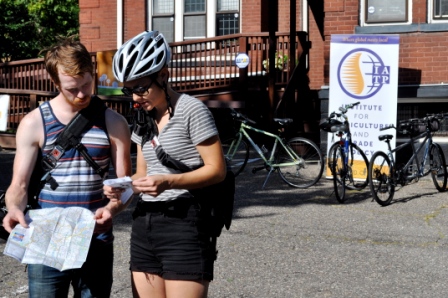 Chris Dignan and Rachel Gaulke plan their route to try to hit all the nine stops within the alloted time. 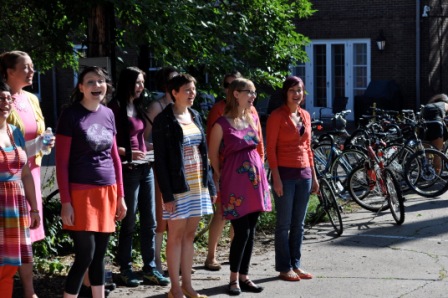 The Prairie Fire Lady Choir performs as bikers plan for the day and drink Peace coffee. 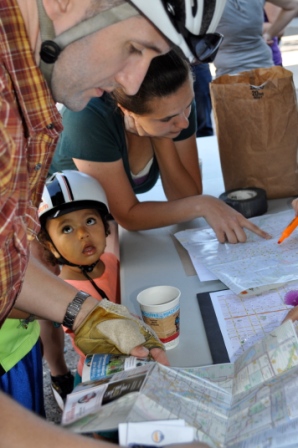 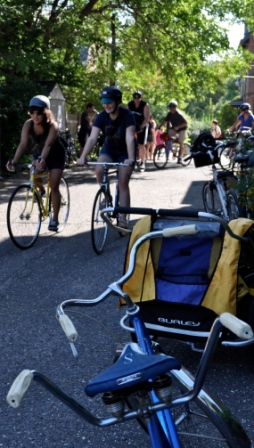 After making sure their bikes were checked, their helmets were secured and their route was solidified the bikers embarked on their two and a half hour ride through Minneapolis. 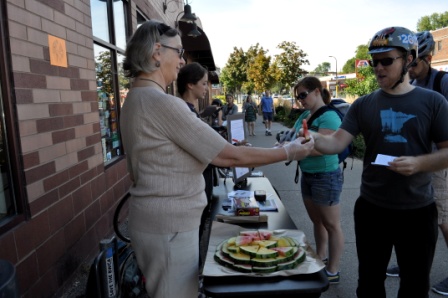 One of the closest stops on the route was the Wedge Co-op where bikers sampled different types of watermelon. 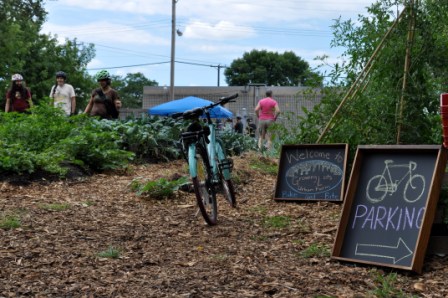 At Growing Lots Urban Farm riders got to walk through the garden and sample some of the fresh produce. 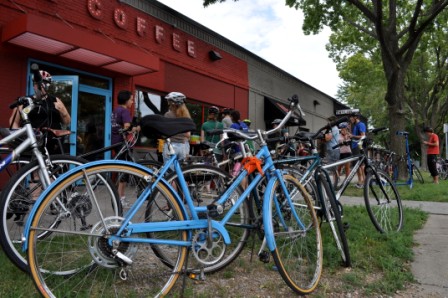 Peace Coffee teamed up with The Hub and Cookie Cart to make this a stop of coffee, bike information and cookies. 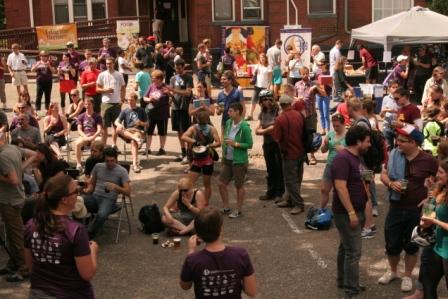 After event participants did their best to make it to all nine stops they made their way back to the IATP for the after-party with food, beverages and live music. [Photo submitted by the IATP]