It is Friday and Fridays are for fun. Tomorrow May 5, 2012 is not only cinco de mayo but we will have the biggest full moon of the year, a super moon which reminds me of last years super moon on March 16th. Photographers all over the planet were out photographing the largest moon ever. It was cloudy here that day but I managed to get some great shots of my own anyway: 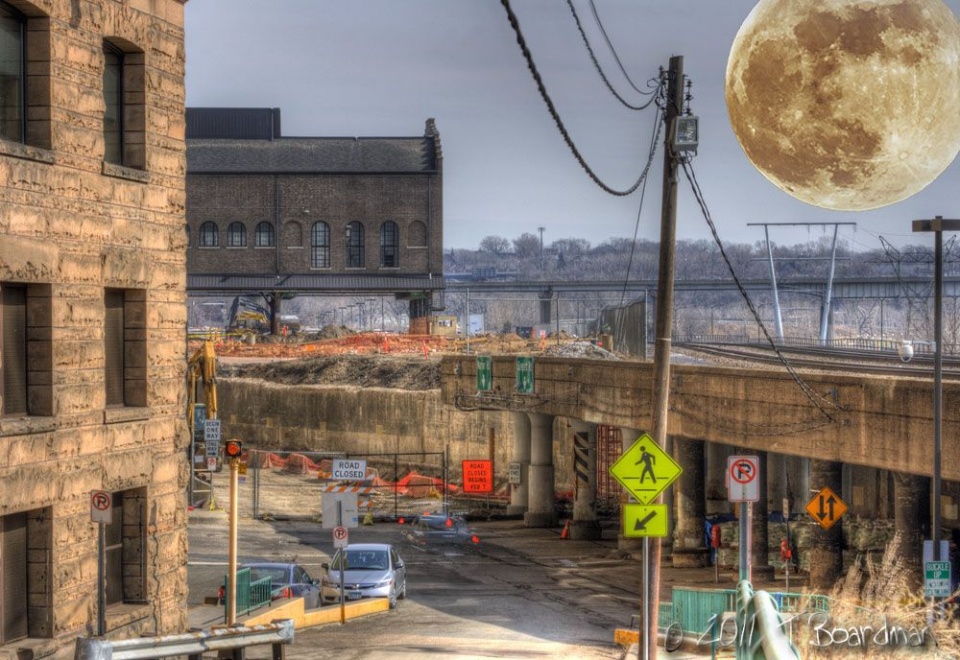 As I recall I was taking photographs of the LRT construction and the moon kind of got in the way. 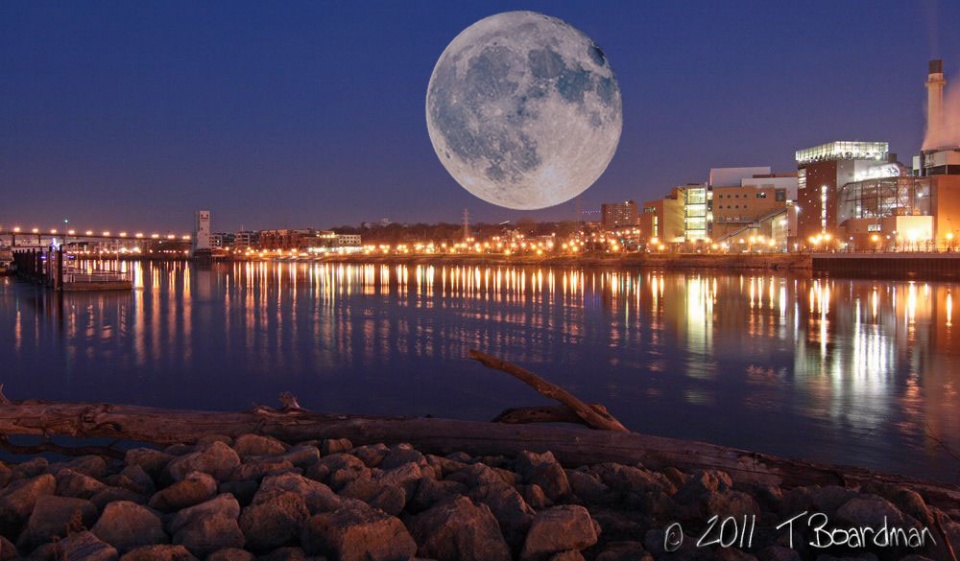 Super Moon over the river

The super moon looked just huge over the Mississippi river as I stood on Raspberry island and took this photograph.

Come rain or shine I will be out tomorrow night taking pictures of the moon. 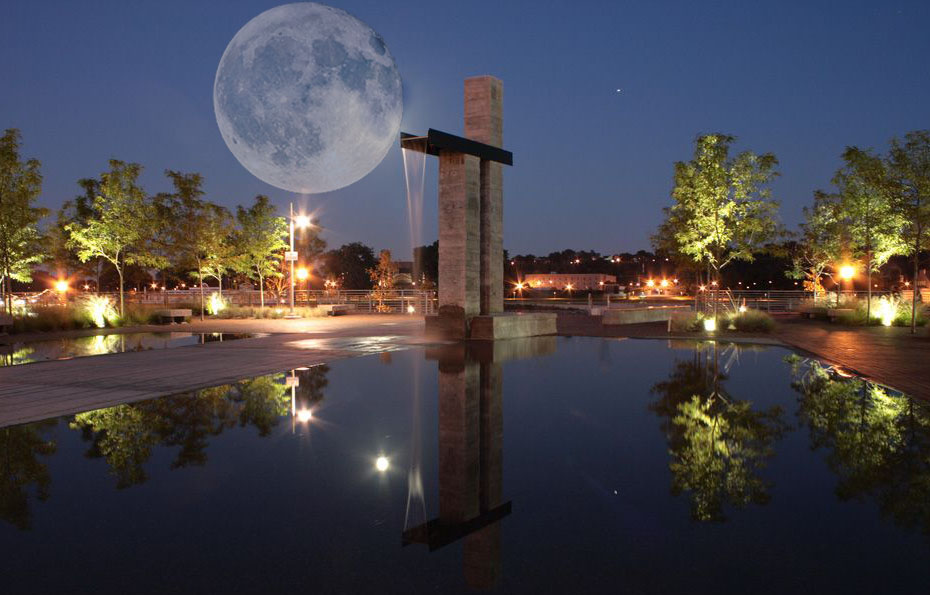