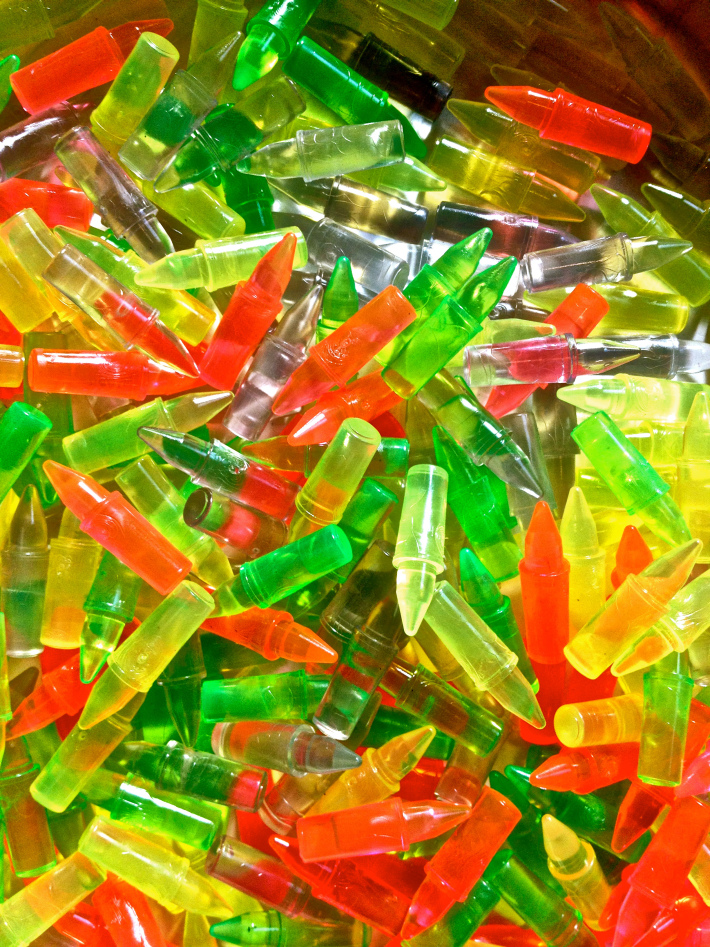 I had a meeting with Kimberly Nightingale in Lowertown this morning and, sure enough, we got invited to play around with a Hasbro toy from our youth. Lite Brite was a simple toy that must have been heavily advertised on TV because I can still conjure the melody from the early ’70s commercial, “Lite Brite, Making things with light…” Lite Brite is basically a lightbulb in a box with holes punched in it. Tiny, colorful plastic pegs are plugged in, usually with the guide of a black paper template, to make a pointilliste picture that shines.

Ta-coumba Aiken is the talent behind the world’s largest (they are going for the world record) Lite Brite sculpture planned for the Union Depot. Upon his invitation this morning, we joined a few other volunteers, Duncan and the Rehm family, Phira, Vince and young Devvin, at the Depot in sorting Lite-Brite pegs from their multi-color bags into bins of single colors. A surprisingly soothing activity. 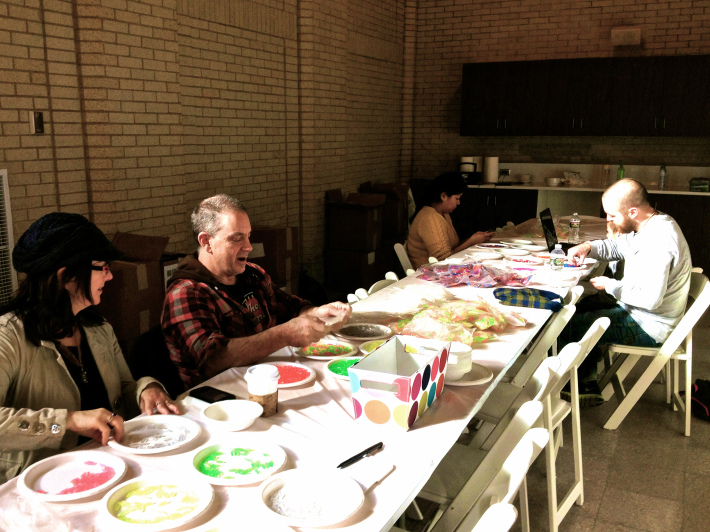 I am told that the bright sculpture will measure 9X27 feet and illuminate some 570,000 tiny blue, green, pink and red transparent pegs. Ta-Coumba unrolled a canvas study of his design to give us some idea. It was a rollicking dance of color that played like a trompe-l’œil image; words and creatures emerged from the swirl. The longer we gazed at it the more we were drawn in.

The sculpture is set to be unveiled on the Depot concourse February 16 and is a St. Paul Foundation project. I don’t know more than the word on the street, folks. I am looking forward to something quite beautiful.