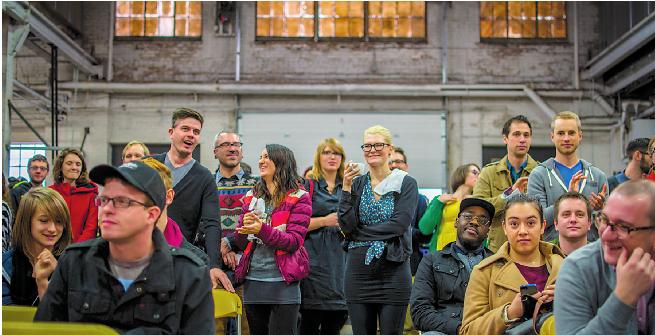 Baristas from all across the Midwest competed in the Big Central Coffee Competition at Uppercuts Boxing Gym in Northeast Minneapolis. The three-day event took place on November 7th, 8th and 9th and brought out hundreds of coffee lovers.

Competitors had fifteen minutes to present, prepare and serve three courses of espresso-based beverages to a panel of four sensory judges, two technical judges and one head judge. According to the US Coffee Championship’s official website “Competitors strive for a harmonious balance of sweetness, bitterness, acidity, and aromatics. A signature beverage is a highly innovative, freestyle espresso-based beverage created by the barista for the competition.”

Amongst the competitors were three baristas from Spyhouse Coffee in Minneapolis, Kathie Hilberg, Kimberly Musteen and Tony Querio who placed 5th in the North Central Brewers Cup Championship.

Event goers helped themselves to free coffee prepared by baristas who manually brewed small batches. Baristas also prepared free cappuccinos (pictured) and other specialty drinks throughout the day. Outside, people lined up for good eats from the Foxy Falafel food truck.

Several vendors set up shop at the event including Red Wing Shoes, Foundry Home Goods, and Leather Works MN who were selling some pretty cool sling-shots along with belts, wallets and key chains.

The weekend long event wrapped up on Sunday afternoon after Ryan Soeder of Intelligentsia Coffee out of Chicago was announced the winner of the Big Central Coffee Competition. 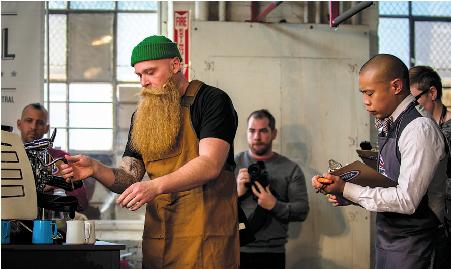 Scott Carey, owner and operator of Sump Coffee in St. Louis, competed Saturday afternoon. Baristas explained to the judges their choice of coffee beans before making and presenting three beverages to the judges in under 15 minutes. 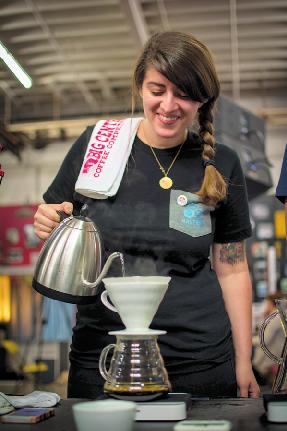 The manual drip, also known as pour over coffee, is a slower process of making your morning cup of Joe but it is said to enhance the flavor of the beans. Automatic drip coffee pots sit on a heating pad causing the coffee to get bitter; this method results in a fresher and clean tasting coffee.