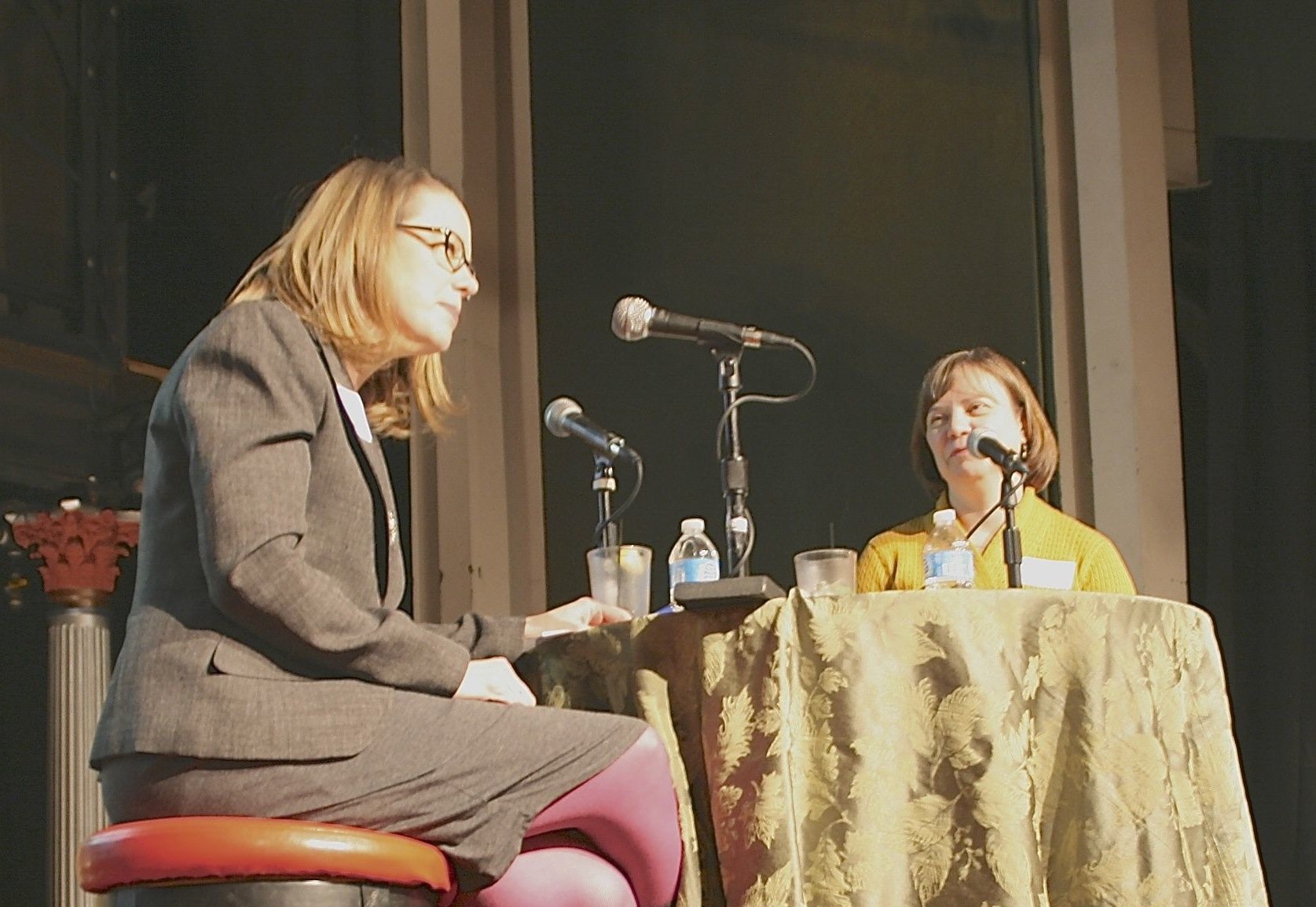 Will Minnesota remain at the top of the list of all things right and good for the next ten to fifty years? Minnesota State Demographer Susan Brower and State Economist Laura Kalambokidis are in charge of making the forecasts that give policy makers the information to keep up with changing population and economic trends. Minnesota, both say, has just begun to see some big demographic changes and if they aren’t addressed soon, Minnesota could fall behind in the quality of civil and economic life.

Brower, age 42, was hired to replace Tom Gillaspy who retired after 32 years in March 2012. Kalambokidis, age 50, has held her post for only four months, replacing State Economist Tom Stinson, who had been in his job for 26 years. The duo spoke at the Citizens League’s 2013 Civic Celebration on November 5.

Healthcare and the baby boomers

The implication of an aging population could be a serious problem for the state if healthcare spending continues to rise and revenues slow, Kalambokidis said. “Average health care spending is $5,056 a year per person, but for seniors, it’s $9,863.”

“Right now, education and health care make up 74 percent of the budget. In 25 years, if health care spending continues to rise and revenue slows as is expected, spending on other services has to slow. We’ve known about this problem for a long time, and there’s still time to do something to decrease health care costs,” she said.

Seniors leaving the workforce will cause additional problems. “Historically,” said Kalambokidis, “we’ve had a better educated work force and a diverse economic and industrial base than most states. We’ve been more resilient in economic down turns. In the 1980s and 1990s, growth was 1.5 percent a year. Now, it’s less than one percent. This is a driver of economic output.”

To overcome this, the state needs to find a way to increase productivity and overcome the skills gap caused by thousands of retiring seniors with high levels of skill and education, she said. “If younger people, many without higher education or even high school diplomas enter the workforce, productivity will drop.”

“It’s about the economic achievement with the younger generation and within communities of color,” Kalambokidis said. “If we don’t solve this problem, there will be a skills gap. We have to ask whether we are giving these groups the right training.”

“Minnesota has a low unemployment rate, but it’s not shared across the board,” said Kalambokidis. Closing the education gap is part of the solution, she said. “Getting a high school diploma is important, but a diploma should mean what we think it means. If the teenagers graduate but can’t find first jobs, they can’t move on to better jobs. We need to produce an educational output with less money. What we have to decide is who pays for it and how do we pay for it.”

“We’ve seen an increase in food stamps since 2000. Poverty is on the rise, especially among children,” said Brower. “In general the state is doing great, but not across the board. Not everyone experiences these economic advantages.” Without changes, she said, everyone could feel the effects.

For more information about demographic trends in Minnesota http://www.demography.state.mn.us/

What do you see as the greatest challenges for Minnesota in the next ten years? In the next 50 years? Tell us in the comments below.