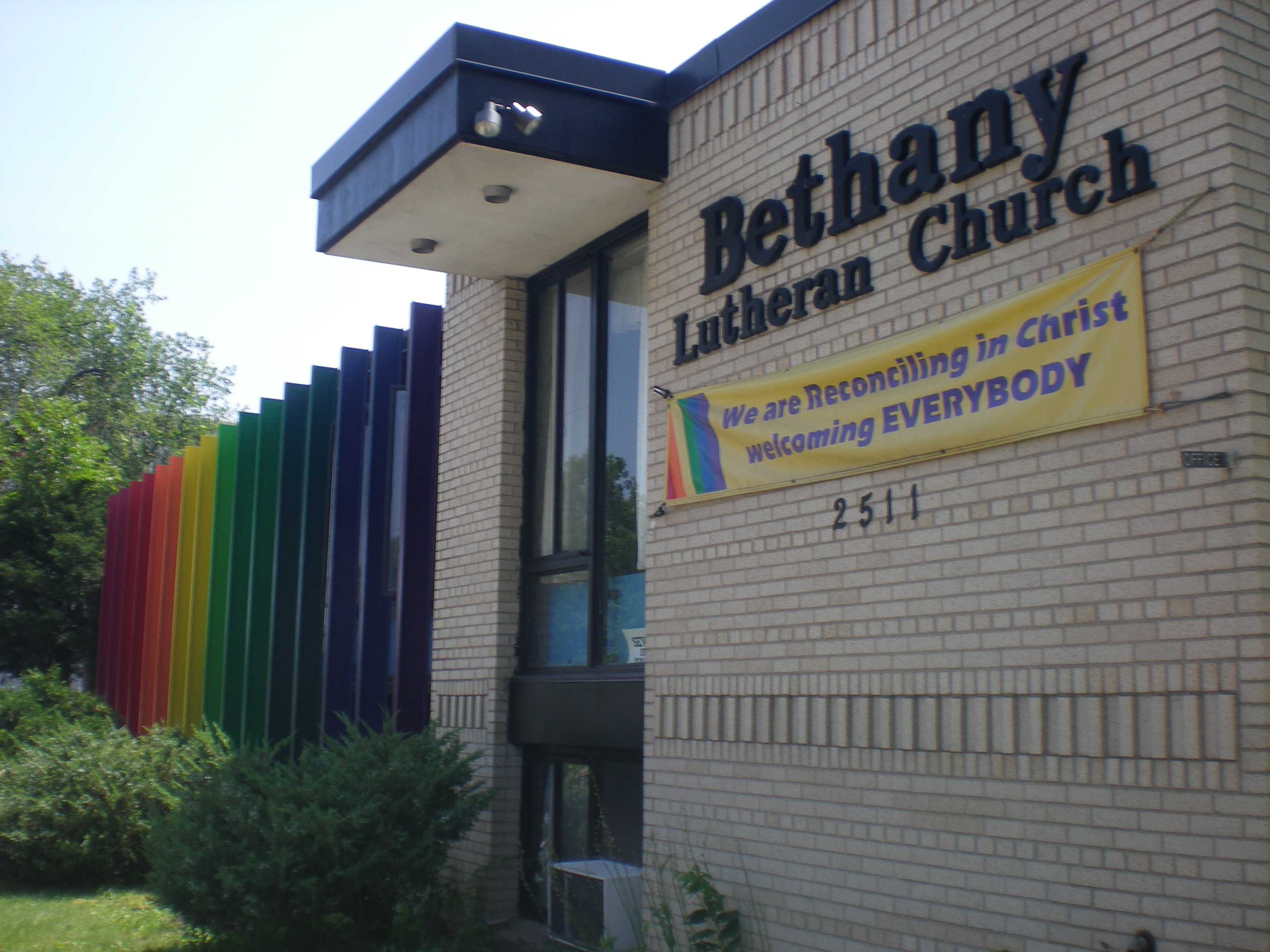 A jog down Franklin Avenue in the Seward neighborhood yields an array of colors. Near the corner of 29th Avenue, the Seward Coop illuminates the busy intersection with an electric green; further down the street, a neon orange dances across the newly installed lighting of Zipp’s Liquors; on 24th and Franklin, the crisp blue of the Franklin Freeze cools down traffic on a sweltering summer’s day. And, in the past month, residents may have noticed another splash of color on Franklin Avenue. According to Pastor Justin Lind-Ayres, Bethany Lutheran Church’s new rainbow paint job on their exterior pillars not only falls in line with the vibrancy of Seward, but it is also reflects the church’s mission to welcome.

“I thought our original pillars-which were black and probably still made up of the original paint used in the 60s-made us look like a prison,” Lind-Ayres said.

After a member of the congregation advocated for the new paint-job, Pastor Lind-Ayres decided to take the suggestion to Bethany Lutheran’s council and, in late June of this year, the pillars of the church were repainted to display a bright spectrum of color.

Jim Welna of Welna II Hardware donated the paint to Bethany Lutheran and a youth group of about 250 Nebraska students came to the cities to assist with the project.

Though the rainbow is certainly visually stimulating, the church decision to paint a rainbow on their pillars was not purely for aesthetic reasons. In 1974, an organization of congregations primarily comprised from the Evangelical Lutheran Church in America (ELCA) formed Lutherans Concerned/North America which aims to accept people of all sexual orientations and gender identities into the Lutheran Church. A program, titled Reconciling in Christ (RIC), has since spread to Bethany Lutheran and the congregation now takes an inclusive stance towards those barred from other churches.

“As a Reconciling in Christ congregation, we have a public statement that the congregation voted on that we openly affirm and welcome all people regardless of their gender identification, sexual orientation, age, socio-economic class,” Lind-Ayres said. “And the RIC’s statement really is geared toward the LGBT community which has been discriminated against in the church.”

Bethany Lutheran is currently in, what Pastor Lind-Ayres calls, “a re-visioning process.” When Lind-Ayres took the call to pastoralship in 2009, he was assigned to examine the priorities of the church and what it means to be an “inclusive, multi-cultural congregation involved in social justice.”

At the end of this year, Bethany Lutheran will have completed its year-long re-visioning process by designating six realistic goals which the congregation can then complete in the coming years. Despite the congregation’s relatively small size of about 34 people, Lind-Ayres reports that “new vitality” is present in the worshipper’s determination to bring the RIC program to other communities.

In addition to strengthening the congregation’s social justice-based mission, Bethany Lutheran also opens its doors for “what we see as community building. Anything from AA groups, Women For Sobriety, the Herbalists Guild; there are some great groups here that are doing great things,” Pastor Lind-Ayres said. “I think that with our new, bold colors outside, we hope to communicate to people who walk, jog, or bike by that this place has a message of welcome.”