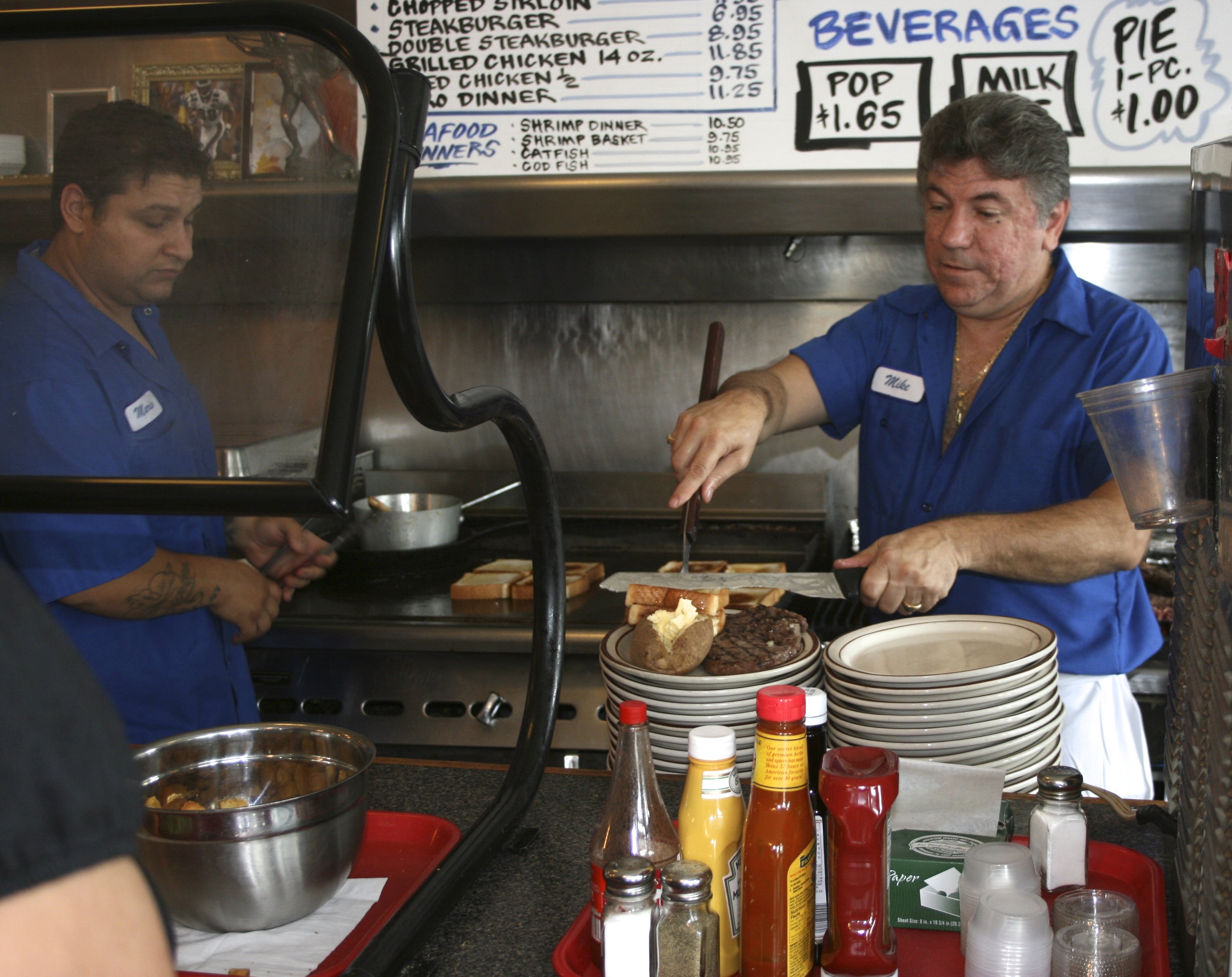 Mike Hatzistamoulos at the grill

Mike Hatzistamoulos was born on the Greek island of Samos. “But,” he says, “I consider myself as a St. Paul boy.” His family has owned the Best Steak House at University and Victoria since the 1980s, and another one on West 7th Street prior to that.

As he multitasks, greeting a steady stream of customers and manning the grill, Hatzistamoulos recalls a fairly idyllic childhood. Of Samos, an island with a population of around 20,000, he says, “I was young, but back then it was nice, quiet, easy-going, nothing like the cities, I can tell you that.” He remembers going swimming every day, fishing, and playing soccer.

Hatzistamoulos’s parents followed aunts and grandparents to the United States when he was 11-years-old. “We came over here for the big dream, to make lots of money,” he says with a smile, admitting that his family lives “very well” here. “This is my home.”

An interest in food is something the Hatzistamoulos family carried with them from Greece. “My dad used to buy and sell fruits and plant vegetables….Nothing really big. Just make a good living, easy life.” He became a self-taught cook and passed his knowledge down to his kids.

“I was washing dishes when I was 12-years-old,” recalls Hatzistamoulos. “By the time I was 14, I was cooking, so that’s all I’ve been doing.” 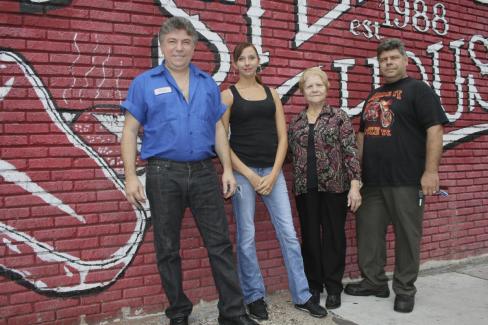 Best Steak House is a family-owned and family-run business

The family’s first steakhouse was located in Sibley Plaza on West 7th Street in St. Paul and lasted about 10 years. Hatzistamoulos remembers it being, “a very nice place, a busy place.” “That’s how my father retired,” he adds.

This was actually a very decent neighborhood, you know…(and) there was nothing like this type of restaurant here. So we figured let’s buy the building and try opening up a steakhouse. That was the best thing we’ve ever done in our lives.

When Hatzistamoulos’s parents purchased the property, it was just an empty building. “There was nothing in here. Something was supposed to open up, an ice cream shop, and they never made it.”

Already seeing a jump in business

Owning a business on University Avenue has not been without challenges. “When we first opened up there was nothing but dope dealers, prostitutes out there. All kinds of people, bad people.” Hatzistamoulos is quick to point out that troubles outside the restaurant did not mean trouble inside. One of the trademarks of the Best Steak House, he explains is, “We treat people like human beings.” 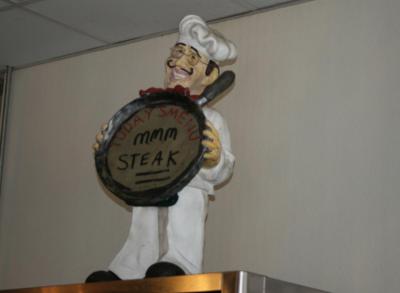 Jump ahead 20-some years and light rail construction has led to a new set of challenges. “Digging holes there, digging holes over there. Everything was closed you know. The sidewalk had fences up. Every day I came down here it was something different.” That had an impact on business.

“During the construction, for a couple of months, it was kind of slow. But it wasn’t nothing really that bad. You know me. I worry a lot.” Worrying led to smart planning. Hatzistamoulos told Minnesota Public Radio reporter Laura Yuen, “Before construction started, I was prepared. My freezer was full of meat, all my bills were paid. I just said, ‘Just bring it.'”

Hatzistamoulos expresses surprise that business improved as soon as construction was completed, and long before trains were scheduled to run. “When they told me business would go up, I don’t know, I couldn’t figure out how, but it really has.” He says it’s increased 15 to 20 percent.

Part of this jump, he speculates, is because the Avenue has been cleaned up. “It’s nice and clean out there.” 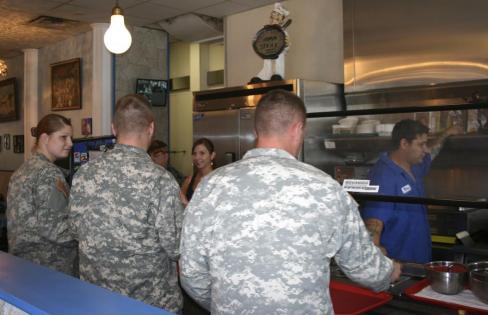 Changes along the Central Corridor have led to changes made to the building, both inside and out. Hatzistamoulos gives Isabel Chanslor of the Neighborhood Development Center’s U7 program, much of the credit for his family’s business continued success amidst construction.

The restaurant received $20,000 in St. Paul capital improvement dollars through a façade improve program of the Greater Frogtown Community Development Corporation. Matching that amount, Hatzistamoulos replaced windows and doors, paved the parking lot, and installed awnings, lighting, and signs. Then, when family members traveled to Greece in July 2013, Best Steak House closed for the month for a major interior overhaul.

“I went back home for a month. At the same time that I was in vacation, we remodeled in here, too.” The interior remodel included the walls, floors, and lighting. “It looks beautiful,” Hatzistamoulos says. “It’s much brighter. It was red brick before. Now it’s white brick and blue. The Greek colors.” 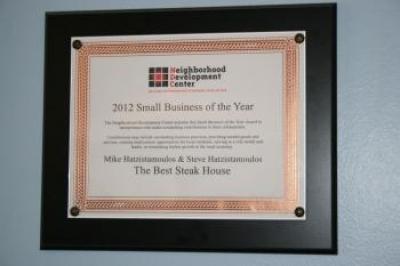 Recognition from the Neighborhood Development Center

More improvements are on the way. “Next year, we’ll put new windows outside, on the second level,” where apartments are currently located. Down the road, that space may be converted into a coffeeshop, he says. 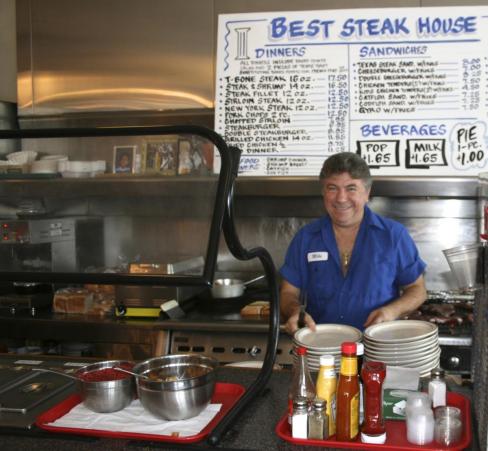 Expecting a full house once the trains are up and running, Hatzistamoulos is already thinking about how to expand in the current location. One draw will continue to be how he and his family treat patrons.

To learn more about Best Steak House and its owners, listen to an audio version of the interview with Mike Hatzistamoulos and read the full transcript here, and watch a short video featuring Mike Hatzistamoulos, produced by Jose Luis Morales Alegria. Additional assistance was provided by Luce Guillen-Givins and Mary Turck.

To see more photos and to keep up with news and future plans, visit the Best Steak House website and Facebook page.