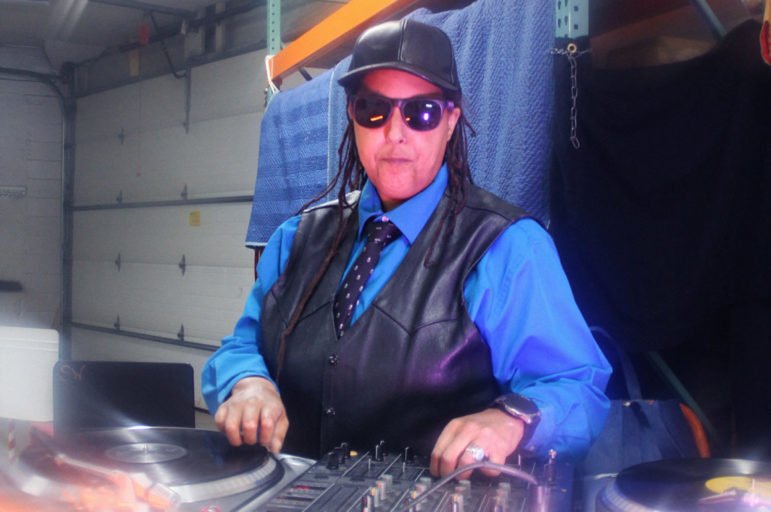 Roxanne Anderson leads the charge for Minnesota’s first LGBTQ center
Minnesota is one of six U.S. states currently without an LGBTQ center, though there is an already-existing hub of LGBTQ-focused organizations in the Twin Cities. But in about three years, in the navel of Minnesota, this will change. Founder of the Minnesota Transgender Health Coalition, RARE Productions and Cafe SouthSide, Roxanne Anderson is leading the charge to build what will become the state’s first LGBTQ center in the Twin Cities, what Anderson envisages will centralize LGBTQ resources and more into a physical, collective location.

“[Queer organizations] all pay a variety of different rents to different landlords who aren’t queer, who aren’t voting for us, who aren’t putting any of that money back into the community,” Anderson explains. “So how can we work collectively as queer organizations to build our own equity? If we own our own building, then we have equity.”

Exhibit is first major show of artwork by Native women
A Native American women’s art exhibit, Hearts of Our People: Native Women Artists, which just debuted at the Minneapolis Institute of Art, is the culmination of a five-year-long sojourn undertaken by Jill Ahlberg Yohe and Teri Greeves, the show’s curators. Perhaps the first of its kind, an unprecedented feat, the exhibit features artwork of “over 115 [Native women] artists from the United States and Canada spanning over 1,000 years.” The artists represent over 50 different Native communities and cultures and their respective esoteric artistic practices. The exhibit is the result of an elaborate curatorial process, which conscripted over 20 Native and non-Native artists and scholars, to cull together and honor the creative force of Native women artists.

“These women have done amazing things,” Greeves said. “They really are our culture bearers. They are our mothers, they are teachers. They are the frontlines of our life.”

Minnesota officials now have a plan to ‘effectively end’ HIV epidemic in the state
In Minnesota at least, the first case of AIDS was confirmed back in 1982, identified in Bruce Brockway, who later died from complications of the disease in 1984. Since the beginning of the HIV/AIDS epidemic in 1981, more than 35 million people have died and over 77 million people continue to live with HIV, despite the advent of antiretrovirals and global public health efforts. In Minnesota, infection rates hover around 300 per year, with even graver consequences between vulnerable populations across race. In 2017, according to the CDC, the rate of new HIV diagnoses in Black Minnesotans was 51 in 100,000, while in Asian Minnesotans, comparatively, the rate was four.

To address these health disparities, officials and local stakeholders announced the state’s new plan currently dubbed “END HIV MN.” The plan, unveiled in late May, developed after years of focus groups and surveys, aim to reduce new HIV infections by at least 25 percent by 2025 and 75 percent by 2035.

For more on this story, check the MinnPost.