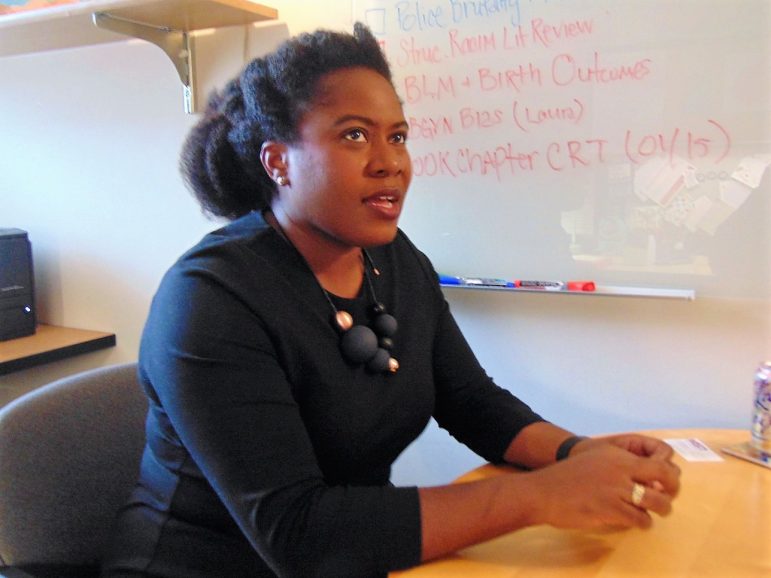 Charles Hallman from Minnesota-Spoeksman Recorder reported that although Blacks make up 13 percent of today’s U.S. population, they account for at least 24 percent of fatal police shootings. Blacks are nearly 2.5 times as likely as Whites to be shot and killed by the police.

Rachel Hardeman and Donna McAlpine of the University of Minnesota School of Public Health, Sirry Alang of Lehigh University, and Ellen McCreedy of Brown University have published a recommendation in the American Journal of Public Health  “five pathways” through which public health scholars should examine police brutality as a social determinant of health: Fatal injuries; racist public reactions that cause stress; arrest, incarcerations, and legal, medical and funeral bills that cause financial strain; integrated oppressive structures that cause systematic disempowerment; and adverse psychological responses that increase morbidity.

“We think these pathways can help researchers determine specific areas of study to gather that evidence. We know it’s a problem, but we need empirical evidence to inform policy,” Hardeman said.

“While numbers and tables are important, they’re not as powerful as a first-hand account. Every number has a story behind it, and we need to understand those narratives to really understand the problem.”

Read more about the research at Minnesota Spokesman-Recorder.

Harry Colbert, Jr., from Insight News wrote about a Tuesday’s ceremony at Minneapolis City Hall honoring the city’s first Black and first woman mayor Sharon Sayles Belton. The monument depicts a bronze bust of Sayles Belton was created by sculptor Ed Dwight. More than 300 people turned out in the City Hall rotunda to show support for the former mayor.

“This bust is of me, but it’s about all of us,” said Sayles Belton. “It was a collaborative community effort to address gender and racial discrimination that got me elected mayor. I hope this bust will serve as a reminder that a vision can become a reality, and if we work together we can get things done.”

Learn more about the event and Sayles Belton’s legacy over at Insight News.

Kristoffer Tigue from Minnpost reported that the newly opened Indigenous Roots Cultural Arts Center, an initiative between  local nonprofit Indigenous Roots and the Dayton’s Bluff Community Council, will begin offering classes in areas like dancing, music and pottery, officials said, and also act as a hub for the area’s growing, multicultural arts scene.

The center has been so well received that more than 200 volunteers helped with the construction and renovations to help get the building ready for opening day on May 13.

“For us, this is a place where we can do some of the things that we want to do without worrying about who’s in charge,” Travis Decory said. “We don’t have to impress somebody above us.”

Check out the full story from MinnPost.