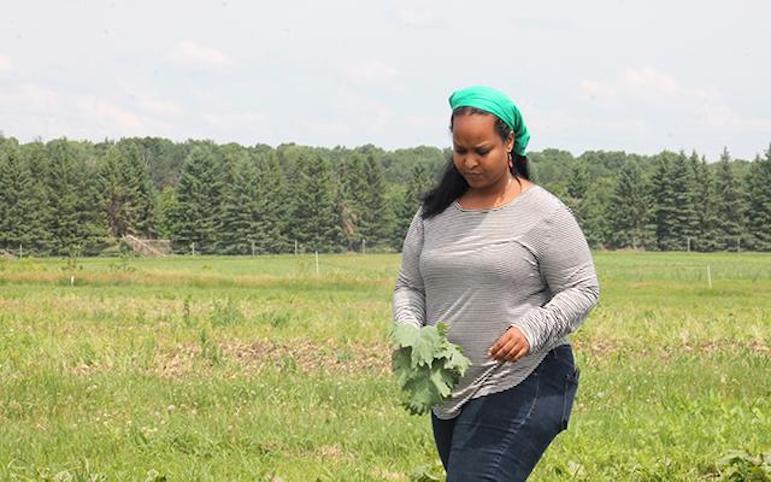 Photo via The Somali American.

For many immigrants with hopes of making a living off farming, owning and operating a farm can seem like an impossible task between startup costs, attaining Minnesota agricultural knowledge and finding a market for produce. The Minnesota Food Association (MFA) works to alleviate some of these challenges by offering an in-depth, hands-on farm training program for immigrants, refugees and other individuals from historically marginalized communities. As part of this program, many Somali immigrants, including Naima Dhore, have been able to find success in organic farming, sustaining the food system and carving out a niche for immigrant farmers to develop and hone agricultural skills.

“The most important piece in the process for me has been letting [members of the East African community] know where their food is coming from and what their responsibilities are in terms of taking care of this planet that we all share,” said Dhore. “That’s the biggest takeaway.”

Read more at The Somali American.

A new outpatient program called the Native American Community Clinic (NACC) will work to combat substance abuse, specifically opioid abuse, in the Little Earth of United Tribes community of Minneapolis. Though there are several extant substance abuse programs around the metro area, NACC will combine culturally informed harm-reduction with a family systems approach, serving patients from Native communities with sensitivity to their culture and experience.

“This is the ‘next level,’ the ongoing step for recovery and treatment that our community needs,” said Jolene Jones, president of the Little Earth Residents Association that manages rental housing in the Little Earth complex.

Get more details at The Circle News.

Told through mediums of virtual reality, an art installation and live demonstrations, Doctors Without Borders brought an exhibition to the Twin Cities to raise awareness around the global refugee crisis. The various kinds of programming allow for an immersive experience, giving visitors a visceral, if limited, feeling for the struggles many refugees face.

“We hear the statistics almost ad nauseum,” Doctors Without Borders Communications Director Michael Goldfarb said. “We really felt like it was imperative to put faces to these numbers, to draw emotional connections – a relatable connection – between visitor and refugee.”

Find out the full story at Downtown Journal.