* Two weeks ago, The Spokesman-Recorder ran an in-depth story on the Washburn Center for Children, claiming that “they did not have any Black clinicians” despite servicing over 50% children and families of color. They were forced to retract the story after officials at Washburn disputed the factuality of that statistic, but this week the paper’s editors followed up with a clarification interview. As it turns out, Washburn has at least three black clinicians (out of 122 on staff).

The dispute seems largely like semantics to me. Here’s the punchline from the Spokesman-Recorder’s story:

Given this information, we would revise the July 16 story’s summary as follows: “With over half of their clients being children of color, only nine of 122 clinicians of color, and only three of these clinicians African American (one an intern), Washburn clearly has far to go to achieve a clinical staff diversity that reflects the racial composition of its clientele and provides the cultural competence necessary to fully address their needs.

*  Elsewhere in The Spokesman-Recorder, some great pictures from the Northside FLOW arts craw (also covered in the Daily Planet). Check out the photo essay.

* You might have missed Melvin Carter II’s lovely essay in Insight News on Juneteenth and the 150th anniversary of the end of chattel slavery. Carter describes meeting a “roaring lion” of an adamant Black Republican, but he compares the talking points with the impact of a local business. [See photo top left.] Here’s an excerpt:

Inside my house, the windshield wipers of my mind still on, I could see these young men standing tall, heads up, chests out, returning home with bags full of groceries and bushels of dignity. I visualized the extension and expansion of local neighborhood deep-rooted community. Spying out my widow, I recognized family members they brought by to celebrate and admire their work. So now, instead of counting those impacted on my fingers, now I need a calculator. I was left to only conclude that cooperative economics – putting men to work – feeding clothing and housing babies is incalculable.

* Check out The Uptake’s video of last week’s ceremony at the State Capitol honoring five local Voting Right’s Act pioneers. This year marks the 50th anniversary of the VRA, which is under fire in many states around the country though things like voter ID legislation and unequal distribution of polling machines. Dr. Josie Johnson was one of those celebrated. 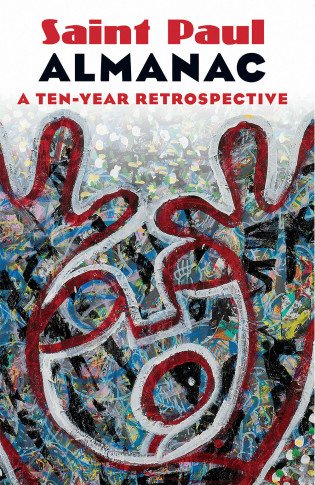 * A much more recent anniversary? The 10th birthday of the Saint Paul Almanac, which is running a “Best of” edition for its annual collection of stories. They’ll be celebrating the release in a few weeks, and it promises to be full of tales and voices from all corners of the city.

* Finally, The Spokesman-Recorder has been running a great “archives” series in honor of their 80th Anniversary. For example, this picture is from 1951, showing the 5th birthday of Veeda Wiley of St. Paul. 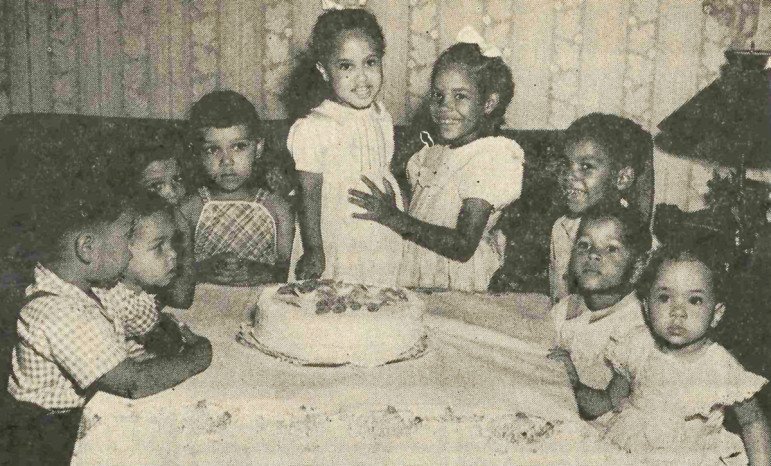 ** A Hodge-Podge of August happenings **

* Have you ever wondered if people who are homeless also have pets? It turns out that between 5 and 10% of homeless people and families have dogs or cats.

That’s why next week is “Give a Dog a Bone” week, and Sidewalk Dog has a list of places you can drop off pet food and supplies for the pets of homeless people and families.

* The Spokesman-Recorder has two awesome stories on African-American classic car owners who gather at the corner of Rice and University to check out each others’ wheels. [See photo top right.] Here’s a quote:

“This car is older than some of my children,” stated Thompson. “I’m learning how to fix it myself. I love the car to death and I am not going to get rid of it. Nobody can touch my car.”

*  Elsewhere in Saint Paul, the city official became a “sister city” with Djibouti City, the capitol of the small East African country of Djibouti. (Hint: it’s located just West of Somalia.) Read all about the ceremony in The Spokesman-Recorder.

* A little while back, streets.mn published a great essay by Cori Lin about how difficult it can be for women (and women of color) to take the bus when they’re often getting harassed by men. She includes a bunch of creative approaches to dealing with unwanted attention, including earbuds, a book or a hood. [See photo top center.]

*  And finally, some video from The Uptake on the Mall of America trespassing situation. Check out what happened to a 2013 “Idle No More” protest, and why its troubling for free speech and protest in the Twin Cities.