There’s no lack of hard-hitting investigative journalism from our Media Partners these days, as there are no less than three stories calling out some of the state’s largest institutions.

* The colu.mn’s Andy Birkey wrote an in-depth story on how there are eight colleges in Minnesota that currently receive Federal student aid dollars but ban GLBT people from attending or working at the schools, under the grounds of “religious freedom.” Check out the details on these schools. Some of them you might not have heard of, but you probably know a few on the list.

* The Uptake was on the scene for the NAACP press conference on the violent arrest of Draon Armstrong from a Metro Transit LRT vehicle, and has quotes from both Armstrong and NAACP president Nekima Levy-Pounds [pictured]:

“I was complying with him. I didn’t have nothing on me. I don’t understand why I was treated like that. And he pulled out my hair too and my hairs don’t pull out easily. So you got to yank it. The way police treat young black men is not fair. We have to deal this constantly being profiled.”

Check out the video for yourself. 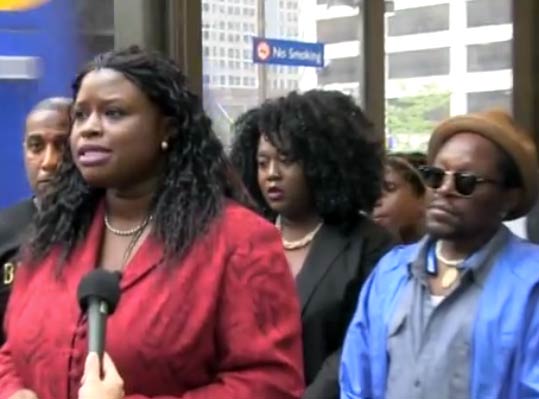 Photo by The Uptake.

* And finally, Insight News published an open letter to Minneapolis Community and Technical College (MCTC) about stalled efforts to get a minority-owned business as a food service vendor:

[The business] hires almost 100% of its employees from urban communities, and more than 80% are people of color. Moreover, it started more than 10 years ago in north Minneapolis, and is now actively seeking to relocate back in North Minneapolis. […] To date, after at least two meetings and several e-mails with Gary Westerland, your head of Food Services, we are frustrated and disappointed.

Check out the whole story of MCTC and Cut Fruit Express.

*Insight News has a cool chart [below] on how tight the Twin Cities’ rental market is these days. “Thousands of MInnesotan facing homelessness may not benefit from new [housing] construction,” they write.

* Meanwhile, The Minnesota Daily reports on proposed legislation that would require landlords to hand out voter registration information to new tenants. Students, renters, and young people have long lagged other demographics when it comes to voting, and lacking registration (and easy information about mailing addresses) is one reason why.

* And streets.mn has a pair of articles about whether or not the proposed Southwest Light Rail line will actually mean new housing and access to jobs for North Minneapolis. One writes says “the LRT has nothing to do with the Northside“; another writes says, “let’s find ways to make it happen,” including the plans [pictured top center]. 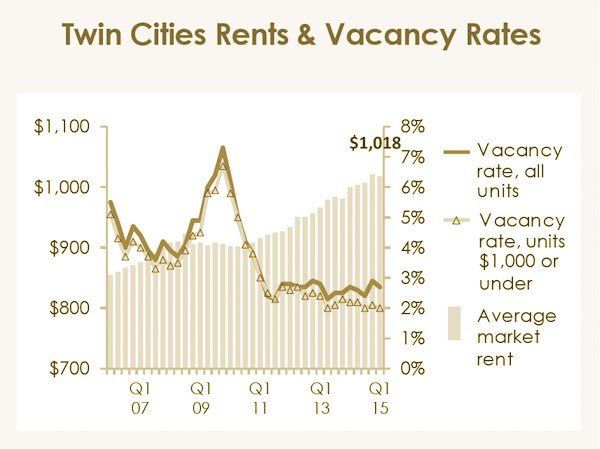 * Be sure to read Mary Treacy’s great blogpost on why she loves taking transit:

There is one intriguing passenger type that gives me pause – It’s the Zen-like rider who seems to create a island of mindfulness that somehow transcends the moment. This person shows no emotion, closes his/her eyes or fixates on a single object, seemingly oblivious to all surroundings, including cell phone abusers and exhausted toddlers.

* Via Little Laos on the Prairie, meet David Zander, author of the new book The Wolf and the Moon, full of traditional Southeast Asian folk tales. Zander learned the stories the old fashioned way, by listening to people tell them first-hand.

* Saint Paul Almanac has a lovely little lovenote to the public library from writer Gloria Burgess:

Hamline Library had other gifts too. In the summer the building was cool and hushed. On many afternoons it was a quiet oasis of tranquility. Sometimes I would go to the encyclopedia shelves. Getting them off the shelves was a challenge for a little girl like Societyme. The World Book was the best. What wondrous knowledge was inside those book covers!

* La Prenza de Minnesota writes about how the recent supreme court gay marriage ruling might make it easier for immigrants to formalize their legal status. 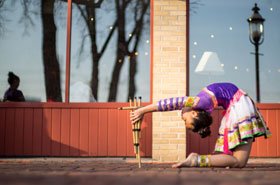 * Insight News has a great essay on “Longing for Qeej“, the first ever Hmong dance drama. Check out the gorgeous pictures and find out performance dates. (Next is July 23rd.)
* And last but not least, don’t miss the Spokesman-Recorder’s amazing pictures from the Sister Spokesman Loving Your Hair fashion show. Fabulous photos; you won’t regret it.