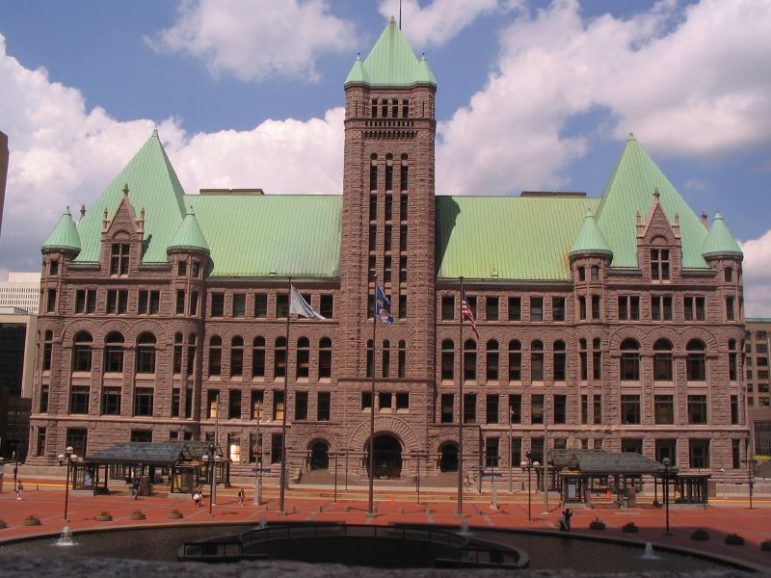 Within the current city charter of Minneapolis, the mayor has “complete power over the establishment, maintenance, and command of the police department,” including hiring and firing of officers and chiefs. In response to the recent fatal police shooting of Thurman Blevins, several City Council members expressed interest in modifying the charter to give City Council members oversight on the police department, mitigating the power afforded to the mayor and creating another avenue of accountability.

“Right now, we have more oversight of our potholes than we do of our police,” Council Member Andrew Johnson (Ward 12) said.

Activists and others have also weighed in on the issue, including Nekima Levy-Pounds. “We want support from the city,” Levy-Pounds said. “We’re tired of the status quo. We’re tired of people dying.”

Find out the details at Downtown Journal.

Twin Cities students need leaders of color in STEM education; now they have Shonnah Hughes and her new program

Originally hailing from Minneapolis, Shonnah Hughes is expanding programs of her nonprofit, PepUp Tech, to her hometown. PepUp Tech provides education to students of color on careers in science, technology, engineering, mathematics (STEM), helping to see themselves represented in an overwhelmingly white tech landscape and provide them with skills and resources to seek these careers.

“Most of our inner city schools don’t have tech programming and the students have a hard time relating because they don’t see people who look like them,” Hughes said. “I would like to change their perception of what people in technology look like and introduce them to the endless opportunities that are available to them that they have yet to discover.”

Learn more about this program at Minnesota Spokesman-Recorder.

Responding to the U.S. Immigration and Customs Enforcement’s (ICE) caged detention of immigrants and separation of children from families, thousands of Minnesota residents marched in protest.

In recognition of our common humanity, some marchers stated their values. “When you are in my care when you are in my hospital, you are in my sanctuary,” said Stefanie G. Asante-Totimeh, a nurse and executive director of African Health Workers United. “You are safe. And the only care you need to worry about is that you will get better. Nurses will never partake in this fearful, hostile environment.  It doesn’t matter if you are documented or not, because you are a human being.”