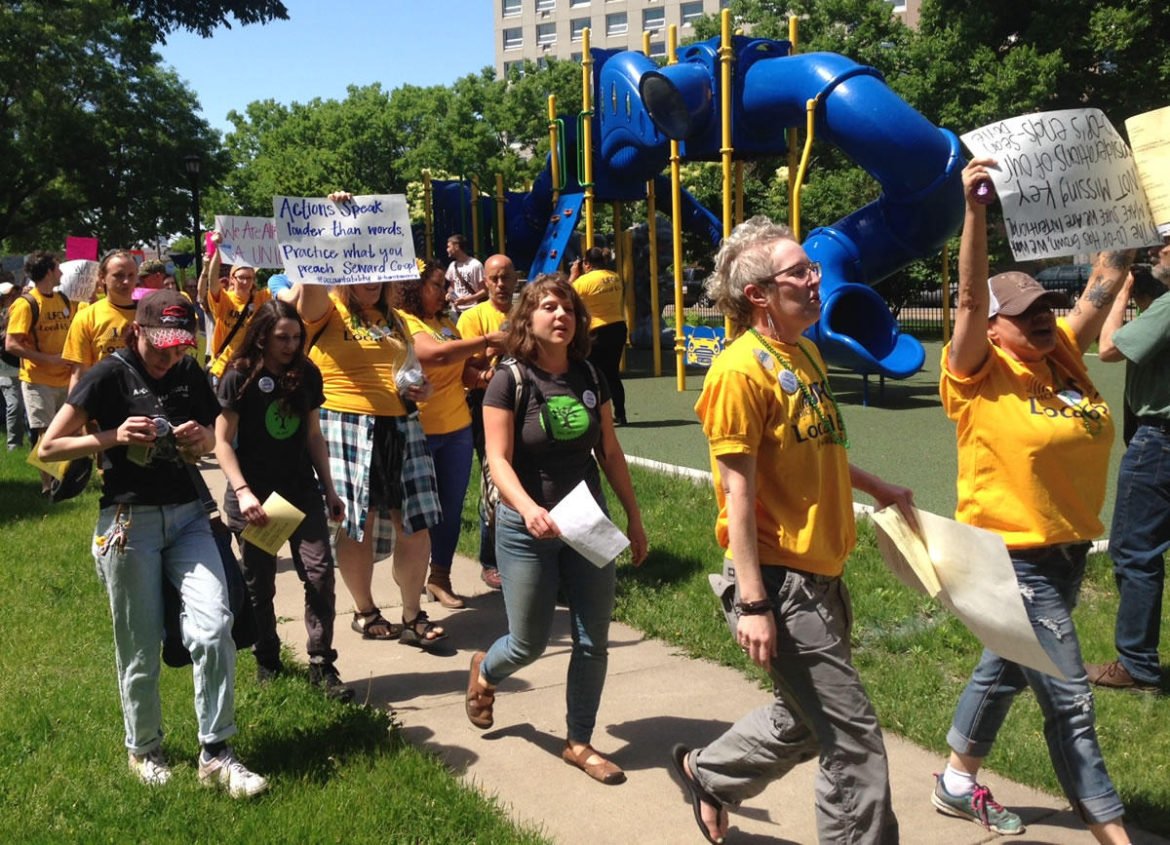 Seward Co-op workers and supporters marched in support of a union down Franklin Avenue. Photo courtesy of Workday Minnesota.

Workday Minnesota brings us the story from a June 7 demonstration by workers from Seward Co-op demanding the right to unionize. More than 75 percent of workers from the co-op’s two grocery stores and cafe have signed cards declaring their wish to join the United Food & Commercial Workers Local 653.

The workers said a union would give them more voice on the job, address unequal treatment and improve safety. One worker said she had been accidentally locked in a freezer, a situation she said could have been avoided if workers were consulted on safety procedures.

Read more about the demonstration and the workers’ demands at Workday Minnesota.

Minnesota Spokesman-Recorder reported on a May 31 public meeting with Metropolitan Council members Wendy Wulff, Gail Dorfman and Katie Rodriguez expressing the need for increases of up to 75 cents for some Metro Transit services.

“We have been on an every-two-or-three-year cycle of raising fares,” recalled Rodriquez. “The [proposed] 25-cent increase barely covers inflation.” The “super expensive” Metro Mobility operating costs rise every year. “[It] is a big driver for our deficit,” noted the council member.

Met Council will take public comment on the proposed fare hikes through June 26. Check out the Spokesman-Recorder article for information on upcoming public hearings. 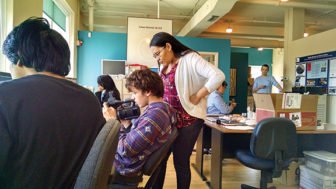 The Circle News wrote a profile of the up-and-coming First Person Productions, a multimedia training program for Native American youth in the Twin Cities. The program currently works with seven students who gain technical video production skills and learn the media business by creating everything from PSAs to documentaries.

Learn more about the work of First Person Productions at the Circle News.