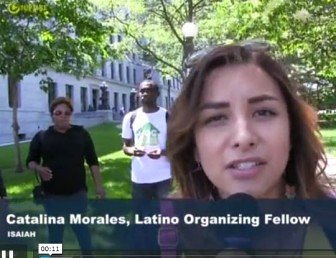 After failing to agree on budgets and policy during the regular session, this week saw a dramatic “special session” where state lawmakers basically rubber-stamped the backroom deal that GOP Speaker Kurt Daudt, Senator Tom Bakk, and Governor Dayton came up with. Some DFL senators tried to stop anti-environmental changes, but failed in the end.

That was all for the “special session.” The Uptake has coverage of Governor Dayton defending the process, but Bluestem Prairie takes all the state officials to the woodshed with a review of “stalemates, stagnation, and secret deals.”

Meanwhile in Minneapolis, also via the Uptake, Neighborhoods Organizing for Change (NOC) and ISIAH (a coalition of faith advocates) [pictured] held a “people’s session” that pointed out all things our state government didn’t accomplish, including drivers’ licenses for undocumented immigrants, and sounded much more appealing. 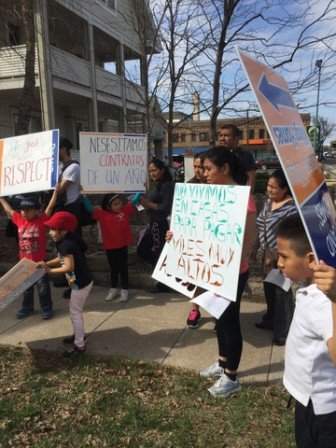 Chipster Life has an amazing and detailed article about “the new slumlord of South Minneapolis,” telling the story of Jason Quilling (and his QT Properties) which has been buying up buildings in South and failing to adequately maintain them, according to residents [pictured]. This is a must-read story of treats, fines, racism, and protest, and Chipster Life’s “first investigative long-form piece.”

Via Insight News, over North, a new mixed-use building is finally being built at the corner of Broadway and Penn. The building is called “Broadway Flats,” and after the 2011 tornado, the area has been waiting a long time for something like this.

And streets.mn tells us a story of a struggle to develop the former neighborhoods on the West Side Flats. The City Council stripped out all the plans for parks and sidewalks in this Latino area of Saint Paul. 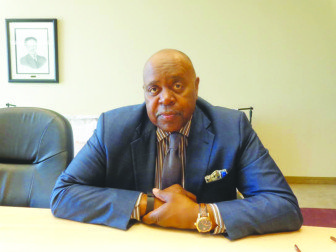 Last week we saw the last class to graduate from the Minneapolis Urban League Academy, a program aimed at poor children of color, walk across the stage. This week we see the program cleared of the “double billing” allegations that appeared in the Star Tribune. As the Minnesota Spokesman-Recorder reports, director Steve Belton [pictured] tried to save the program but couldn’t find space to house the small school (where 1/4 of the students were homeless themselves).

Meanwhile, the Spokesman-Recorder also published a rebuttal in the heated charter schools debate, following a PR push by a group called ‘Better Ed’, which argues that public schools are failing children in Minneapolis and Saint Paul. In response, the Minneapolis Public Schools spokesperson outlines some of the problems with charters, and why they won’t solve the education gaps in our city. (See Clarence Hightower’s description of the false “miracle of Minneapolis.“)

Well, if these solutions won’t work, what will? 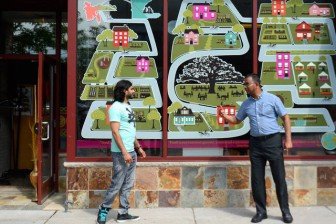 The Minnesota Daily has two fascinating stories about muslim students. First, Muhammad Jiwa and Ruhel Islam [pictured] are starting a conversation about what “sustainability” means for the Islamic community, hosting the conversation at Ghandi Mahal in South Minneapolis.

Meanwhile, Middle School girls from Cedar-Riverside are trying to figure out how to balance the demands of Islamic dress (scarves, hijabs) with playing basketball. “Teams were forming, the girls were being active, but there was nothing for them to wear.”

Finally, Engage Minnesota has a great essay about overcoming negative stereotypes of Islam, through a “holistic approach.” It’s a heartfelt take from Fedwa Wazwaz, a Brooklyn Park writer.

The best of the rest 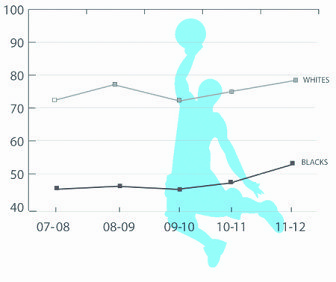 The Circle has a great article following up on the South Minneapolis heroin deaths.

The Minnesota Spokesman-Recorder covers the racial gap in graduation rates for student-athletes at the University of Minnesota. [Pictured in chart.]

And finally, Insight News covers a new adopt-a-shelter program in North Minneapolis, part of a partnership with the West Broadway Improvement District. 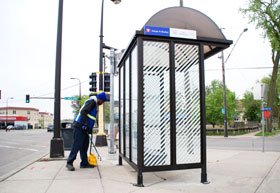