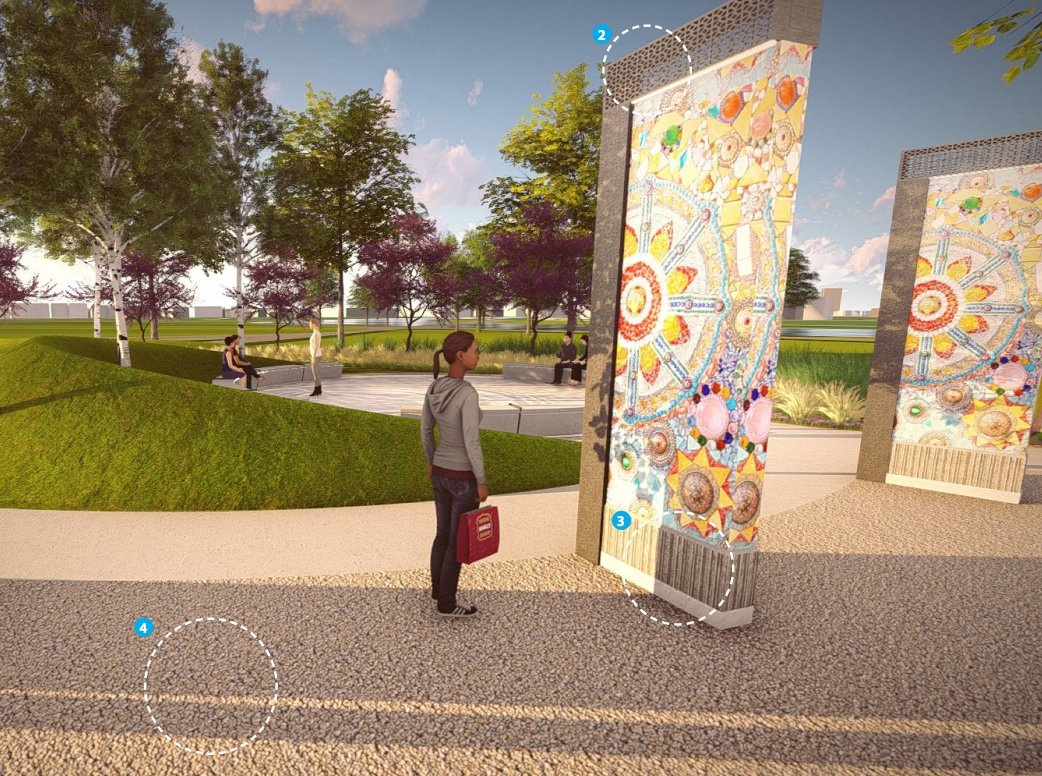 Image by Damon Farber Landscape Architects for The Journal

Following in the wake of the #MeToo movement and heightened visibility for sexual assault survivors, the Minneapolis Parks and Recreation Board is considering funding a memorial in Boom Island Park. Break the Silence, a local group of survivors and allies, is seeking the Board’s support for the construction of the memorial, and commissioners have voted to explore funding options.

“The memorial concept holds true to what we have seen nationally, that when survivors tell their stories they unconsciously give other survivors permission to tell theirs,” [Sarah Super, Break the Silence organizer] told the board.

Find more details on the prospective project at The Journal.

Turtle Theater Collective, a Native theater company based in Minneapolis, debuted their first full length production on March 9 at The Southern Theater. For the debut, the Collective chose “Almighty Voice and his Wife,” a classic Native play that examines theatrical form and the performance of Indianness by white people.

Read more about “Almighty Voice and his Wife” as well as Turtle Theater Collective’s upcoming projects at the Minnesota Daily.

The Jewish Community Action, a St. Paul group, is partnering with local coalitions, people of color, interfaith collectives and immigrant groups to organize against the for-profit prison industry. Their campaign is called Decriminalizing Communities and will emphasize incarceration as a last resort, instead favoring mental health treatment, rehabilitation, and other community-based systems.

“We believe that all people are equal. We believe that all people deserve to live in safe communities and safe homes. Despite its name, we do not believe that our criminal justice system is just. In the past 20 years, all forms of crime have declined in our state, yet we continue to incarcerate more people for longer periods of time. Evidence shows that our prison system is both profit-motivated and powered by the racial oppression that underlies many of the systems that remain fundamental to our society. We believe in the need for a justice system that is truly fair.”

For more information or to get involved, see Monitor Saint Paul.