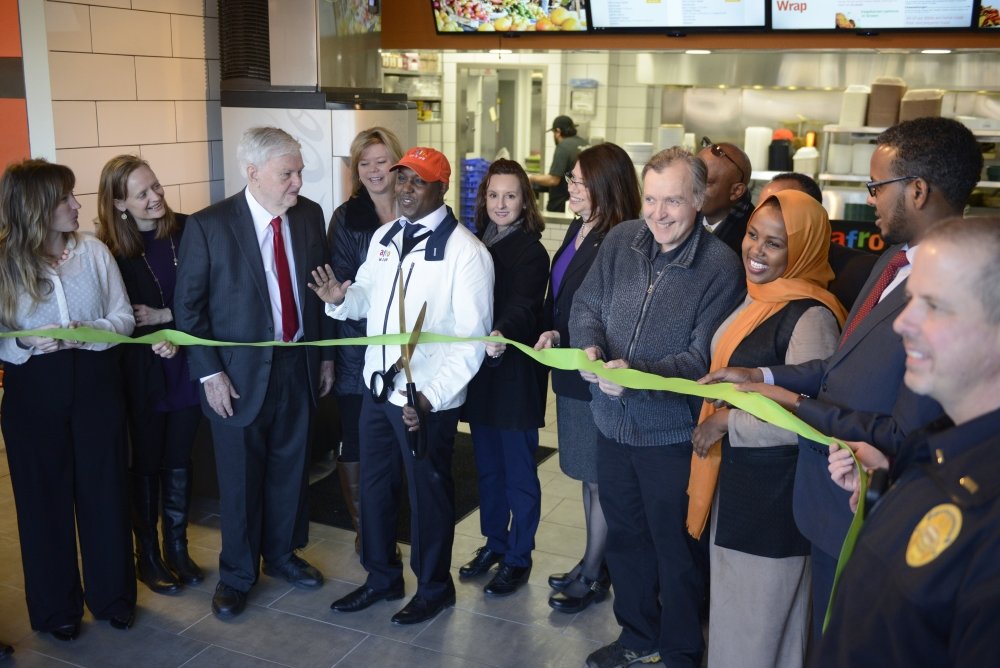 After closing its doors about three months ago, Afro Deli has reopened at a new location in Stadium Village. After tensions with the African Development Center — the deli’s former building owner — Afro Deli owner Abdirahman Kahin said he is excited to open up the new location near the University of Minnesota’s East Bank.

“We hit a home run”, said Kahin. “We are delighted to be a part of the East Bank community.”

Read more about the grand reopening of Afro Deli and its plan to solidify its place at the new location on the Minnesota Daily.

People of color union members speak out against right to work

Concerned that the Trump administration and Republican majorities in the Minnesota Legislature intend to pass Right to Work laws, members of the People of Color Union Members caucus are speaking out.  The controversial “Right to Work” law, favored by the Trump administration, would mean that employees in unionized workplaces are not obligated to join nor pay to be part of a worker’s union.  The People of Color Union Members believe that such laws would affect the effectiveness of unions and thus, leave employees vulnerable to exploitation.

“‘Right to Work’ laws don’t guarantee a job. Rather they bar workers from having labor contracts that require everyone to pay their fair share of union representation – whether they are members or not.”

Read more about The People of Color Union Member’s statement at Workday Minnesota.

“This supports our goal of ensuring that we create pathways out of poverty for low and moderate income families,.”

“It is also a time where many households receive more money back through these refunds than any other time of the year, so we do a lot to facilitate opportunities to save for a rainy day, catch up on rent and other expenses,”

Find out more about the program and where you can find help for your tax returns at Insight News.