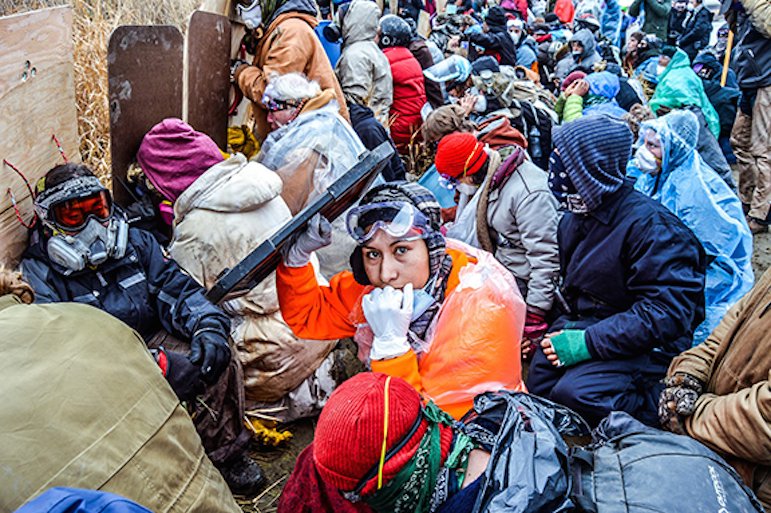 Water protectors take shelter behind a barricade. Photo courtesy of The Circle News.

Ojibwe activist and Honor the Earth executive director Winona LaDuke detailed in an article for The Circle News the historical and cultural contexts Standing Rock water protectors’ fight, as well as the battles still to come around the Dakota Access Pipeline.

With upcoming deadlines for the pipeline’s investors and contractors, and the recent delay from the U.S. Army Corps of engineers, LaDuke predicts the pipeline might “turn into a pumpkin” after Jan. 1, 2017.

In short, greed is expensive, and if Energy Transfer Partners does not meet that deadline, many prudent shippers may want to renegotiate or withdraw their contracts. The pipeline could become a pumpkin, in the terms of Cinderella, and there are a lot of people who would not be sorry about that.
All of the aggression is so North Dakota can make sure that Energy Transfer Partners can make a deadline and not lose money, and continue to bilk potential shippers.

Read more from the front lines of the protest over at The Circle News.

David Clarey of Minnesota Daily reports that University of Minnesota President Eric Kaler vowed support for undocumented citizens, responding to a petition that calls for the school to become a sanctuary campus. The petition was signed by more than 1,500 UMN students, staff and faculty as part of a national movement demanding protection for undocumented students.

On Nov. 21, Kaler joined more than 400 university presidents nationwide in signing a statement supporting the Deferred Action for Childhood Arrivals program, which defers deportation proceedings against some undocumented young people who were brought to the country as minors.

“The University will stay true to its values and advocate for our undocumented students, international students and all members of our community,” Kaler said in his response to the petition. “While it is too early to know what, if any, changes will be made to U.S. immigration laws after the new Congress and president take office in January, we will continue to provide information and resources to help all members of our community.” 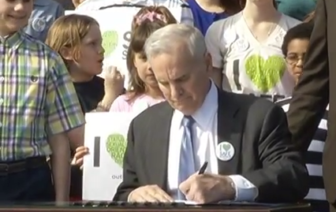 According to a report from Andy Birkey at the Column over forty organizations advocating for transgender youth are calling on Gov. Mark Dayton to convene a task force on the safety of transgender and diverse students and their rising levels of self-harm.

Read more on the issue and a letter to Dayton over at the Column.