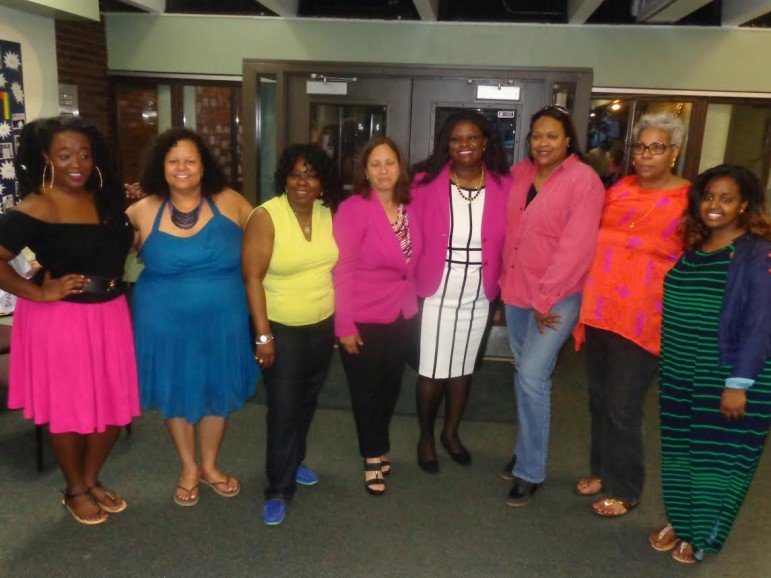 Revitalizing a venerable organization takes bulldog determination, says Nekima Levy-Pounds, the new president of the Minneapolis NAACP. That’s exactly the quality the organization’s first all- female elected board of directors has in abundance.

The women didn’t run together as a slate. Members simply had an excellent group of candidates to choose from and they happened to be women, says Levy-Pounds.

Read more about how the NAACP chapter is moving forward here.

Fourth Precinct protests may wind down

The Minnesota Spokesman-Recorder reported on Monday that the protests following the shooting of Jamar Clark at the Fourth Precinct in North Minneapolis may wind down on Tuesday, although the status is unclear after the shooting of five protestors by white supremacists on Monday night.

The news came after a closed door meeting with community organizers on Sunday, Nov. 23.

“The main focus of the discussion was the next steps,” explained Adja Gildersleve of Sunday’s meeting, which included talk on how to end the occupation “in a way and not let the energy dissipate…end it in a way we want to end it.

Communities across the world honored Transgender Day of Remembrance on Nov. 20. At least 81 transgender people were murdered worldwide in 2015, and those are only the names that have been reported. Twenty-one Americans have been killed in the epidemic of violence that has disproportionately targeted transgender women of color.

The Column noted the many different ways Minnesota residents celebrated the lives of transgender neighbors.

“We will honor and remember all our Transgender brothers and sisters who have died this year due hatred. Important to come together and build hope for the future!”

Read more at The Column.