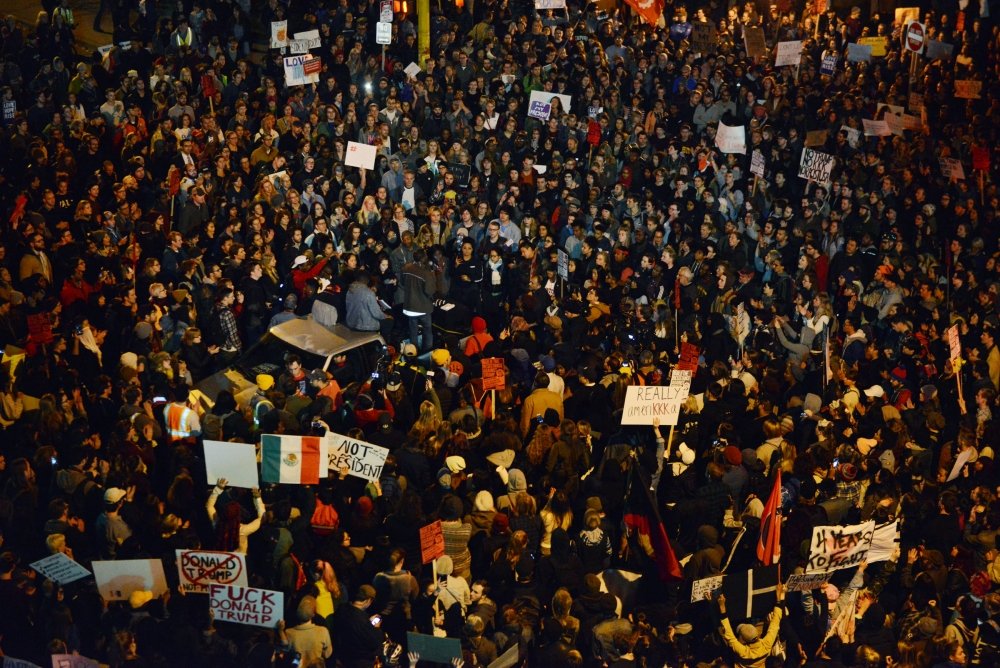 According to a report from David Clarey, Jessie Bekker and Ryan Faircloth of Minnesota Daily, more than thousand protestors rallied against President-elect Donald Trump in a peaceful protest that started outside of the University of Minnesota’s Humphrey School of Public Affairs. The event was co-hosted by at least 18 student and community advocacy organizations, including Black Lives Matter-St. Paul and Socialist Alternative MN.

Anna Vitale, one of the protesters, says, “I’ve been feeling very pessimistic since the result of the election. And I think this is a good reason to come together and unite against a common cause, this was a lot bigger than I expected it to be.”

Read more about the protest over at Minnesota Daily.

Krisoffer Tigue at MinnPost’s Community Sketchbook met new NAACP president Jason Sole for a Q&A about his future work and goals at the organization. Sole also touches on his own career, from being a criminal to becoming a professor at Hamline University.

“I was able to get on the right path, get out of prison, get a job, go to college. Now I try to open those opportunities for others who may not get those chances in life. I mean, I don’t see a lot of three-time felons being professors. So, for me, I’m kicking down a lot of doors with my personal story. And for me standing as the president of the NAACP, that’s a lot of hope for a lot of those people behind the prison walls. That’s a lot of inspiration for people who come from the same background as me and I’m going to continue to set the bar high so they see it’s possible to get here.”

Read the full Q&A over at MinnPost.

Barb Kucera of Workday Minnesota reports that hundreds of workers at Minneapolis-St. Paul International Airport won recognition of their union after years of organizing and rallying. 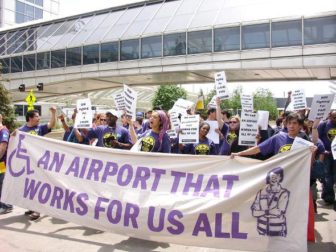 As the majority of the workers are East African, the victory is significant for eliminating Minnesota’s racial economic inequalities.

Misrak Anbesse, a mother cleaning planes for Air Serv at MSP, says, “Winning our union was a BIG step for us—and for everyone working to raise up people of color and immigrants in Minnesota.”

Read more over at Workday Minnesota.