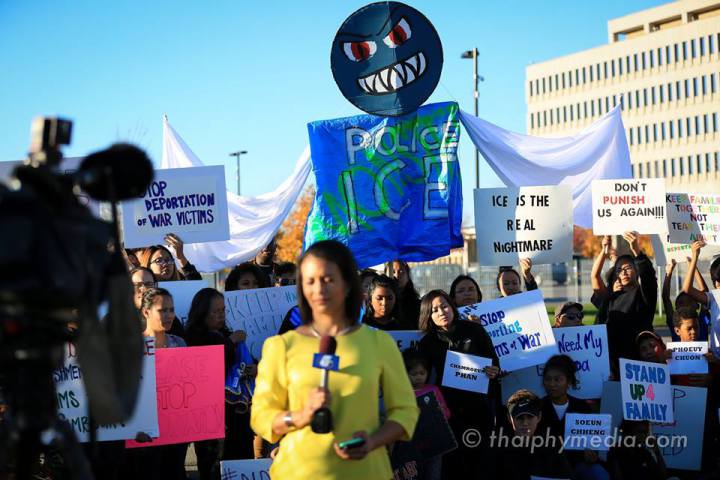 Asian American Press reports that more than 100 people protested the pending deportations of eight refugee men to Cambodia at the Immigration and Customs Enforcement (ICE) Field Office at Fort Snelling. The refugee men have been targeted because of old convictions and have already served their sentences. Most of them do not have any ties to Cambodia.

“My husband hasn’t even been to Cambodia. He was born in a refugee camp in Thailand and grew up in Minnesota. He has a Minnesotan accent. He belongs here with us,” Jenny Srey, wife of one of the targeted refugees, says.

Read more on the issue over at Asian American Press. 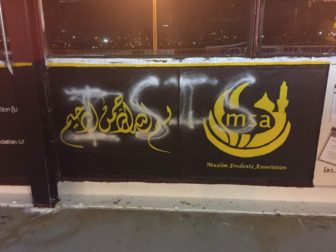 David Clarney, Layna Darling and Rilyn Eischens of Minnesota Daily report that the University of Minnesota’s Muslim Students Association’s bridge panel on Washington Avenue Bridge has been vandalized. The spray-paint that has been discovered on Nov. 3 reads “ISIS.” It is the second defacement on the bridge in a month.

UMN Predisant Kaler says, “When our students are targeted and made to feel fearful, we as a community suffer. Repugnant actions like these must strengthen our resolve to ensure our campus is safe, welcoming, and respectful for all. We all must speak out against hate when we see it.”

Read more on the incident and the actions being taken at Minnesota Daily. 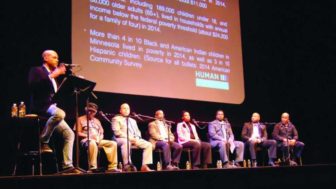 Charles Hallmann at the Minnesota Spokesman-Recorder reports on a ‘school-to-prison pipeline’ dialogue as a starting point for future discussions on the subject. A back-and-forth talk with the seven panelists and the predominantly White audience followed.

Many cases that come before his bench “are all young men who look like me,” noted [Hennepin County Juvenile Judge] Norris, adding that the juvenile justice system is not that much different from the U.S. justice system overall. “We make it impossible to recover from your mistakes.”

Young Black males are often cast as “scary,” said Norris. “This is an ongoing issue, and it is no more profound [anywhere else] than in our schools. We have criminalized children’s behavior, and much of that criminalization comes to children of color.”

Read more over at the Minnesota Spokesman-Recorder.