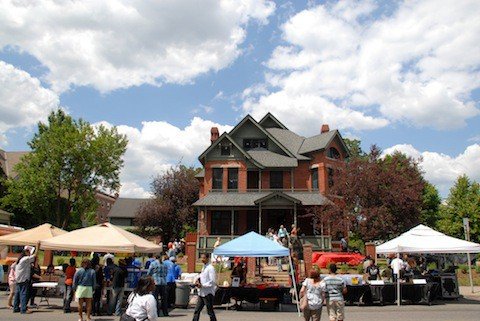 After a seven-year battle, the Minnesota Spokesman-Recorder reports that the long-anticipated site for the Minnesota African American Museum has been sold at auction.

Beleaguered by court cases, shoddy contractors, and broken promises from the state government, the MAAM has faced many barriers due to institutionalized racism, according to activist and the project’s President Nekima Levy-Pounds.

“We look at the millions and millions that were devoted towards culture and heritage of White Minnesotans…compared to the money [devoted to] preserving the culture and artifacts of African Americans. I would argue a tremendous injustice has [been done] to our community with all the barriers and roadblocks that were put in place by our government leaders as well as the construction company that was entrusted to [do the restoration project],” Levy-Pounds told the MSR.

Read about what needs to be done to save the museum at the Minnesota Spokesman-Recorder.

Dozens of Minneapolis high school students, most English language learners, headed to the East Coast this week for a three-day field trip to colleges in Boston, including Harvard University, to get a feel for what it means to pursue higher education at the Ivy League school.

Ibrahim Hirsi got the students’ perspective on what the trip means in an article for MinnPost’s Community Sketchbook.

In light of the local and national conversations surrounding worker’s rights like paid sick leave, Bill Sorem on The UpTake created a video featuring one small business owner’s perspective.

According to the article, 50 percent of employees who work at companies with fewer than 100 employees don’t get paid time off when they’re sick.

Read more about Brennan and her work here.