Following the announcement of the results of the Minneapolis Police Department’s Internal Affairs investigation into the actions of Officers Dustin Schwarze and Mark Ringgenberg in the case of Jamar Clark, who was shot in November 2015, Jim Crow North offers an analysis and reports that the police does not accept responsibility.

History teaches us not to expect justice when police are tasked with investigating themselves. Though Ringgenberg and Schwarze arguably should never have been hired, and though their actions that night should easily have disqualified them from their positions with MPD, they are now free to return to the same streets on which they killed Jamar Clark one year ago.

Read more on the issue at Jim Crow North. 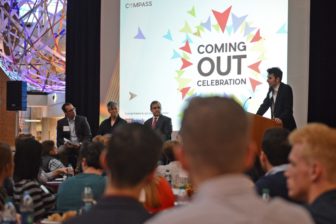 Students who identify as LGBTQIA have teamed up nationwide to enhance their possibilities in business. David Clarey reports on Minnesota Daily that in this context, students in the University of Minnesota’s Carlson School of Management have created Compass, a group that supports LGBTQIA business students’ efforts in networking.

Marketing sophomore and co-founder Ryan Poehler said, “It was just a possibility we were missing out on. There’s so many different organizations on campus for LGBT students … but nothing that connects you to the business, the professional side of things.”

Harry Colbert of Insight News reports on the “Durades Dialogues,” a series of events by Jean Ann Durades at the Minneapolis Institute of Art aiming to gain more attention for African American artists.

“There’s so much we can learn about ourselves and others through the works of African American art. We are a mirror to ourselves and to others,” Durades said. The events will be free to public.

Read more about the events and their background over at Insight News.