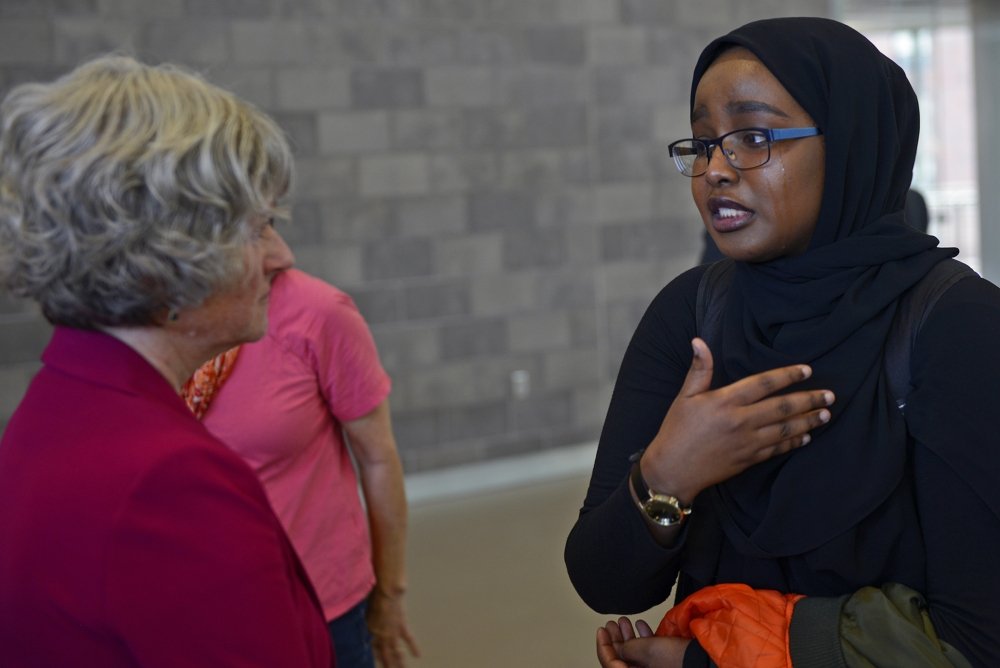 David Clarey from Minnesota Daily reports that a panel regarding the controversial ‘Build the Wall’ mural that has been set up at the University of Minnesota has been added to the ongoing free speech debate on campus.

UMN President Eric Kaler responds to protests, emphasizing the need for free speech. The protesters themselves advocate for censorship of hateful language, others demand allowing all opinions, no matter how unpopular these may be.

Christopher Terry, a University assistant professor of journalism specializing in media law, says, “Ideas and speech are supposed to compete against other ideas and speech. That’s how these things are suppose to happen.”

Kristoffer Tigue at MinnPost’s Community Sketchbook writes on the ongoing success of the non-profit organization Comunindades Latinas Unidas En Servicio (CLUES). It was awarded a $750,000 grant for helping educate Minnesota’s Latino population on addiction. After almost four decades, it remains one of the most important resources on drug abuse for Latino citizens.

A 2016 report from the Minnesota Department of Human Services shows that Hispanics still make up a disproportionate percentage of those admitted into drug treatment centers. And while there are several service providers for drug abuse in the Twin Cities who speak Spanish, CLUES remains one of the only major mental health and substance abuse treatment providers that addresses the cultural differences among their Spanish-speaking clientele — many of whom face significant stigma in their community or who experienced trauma. “It’s not only being fluent in Spanish but also understanding Latino cultures and values,” Grinager said.

Read the full article on MinnPost.

Number of women in the state Legislature stagnates – What are the reasons?

Rep. Erin Murphy, Sen. Patricia Torres Ray, and Sen. Sandy Pappas offer insights in Anne Hamre’s article at Minnesota Women’s Press on why the number of women in legislature has plateaued. They suggest that better payment, improving the civility of public discourse and a more family-friendly work schedule might increase women’s representation.

Torres Ray says, “Our experiences relate to the experiences of a population that is growing in Minnesota – yet very few [officeholders] are able to bring those perspectives”. She emphasizes the significance of electing women of colour to the Legislature.

Learn more about the issue over on Minnesota Women’s Press.