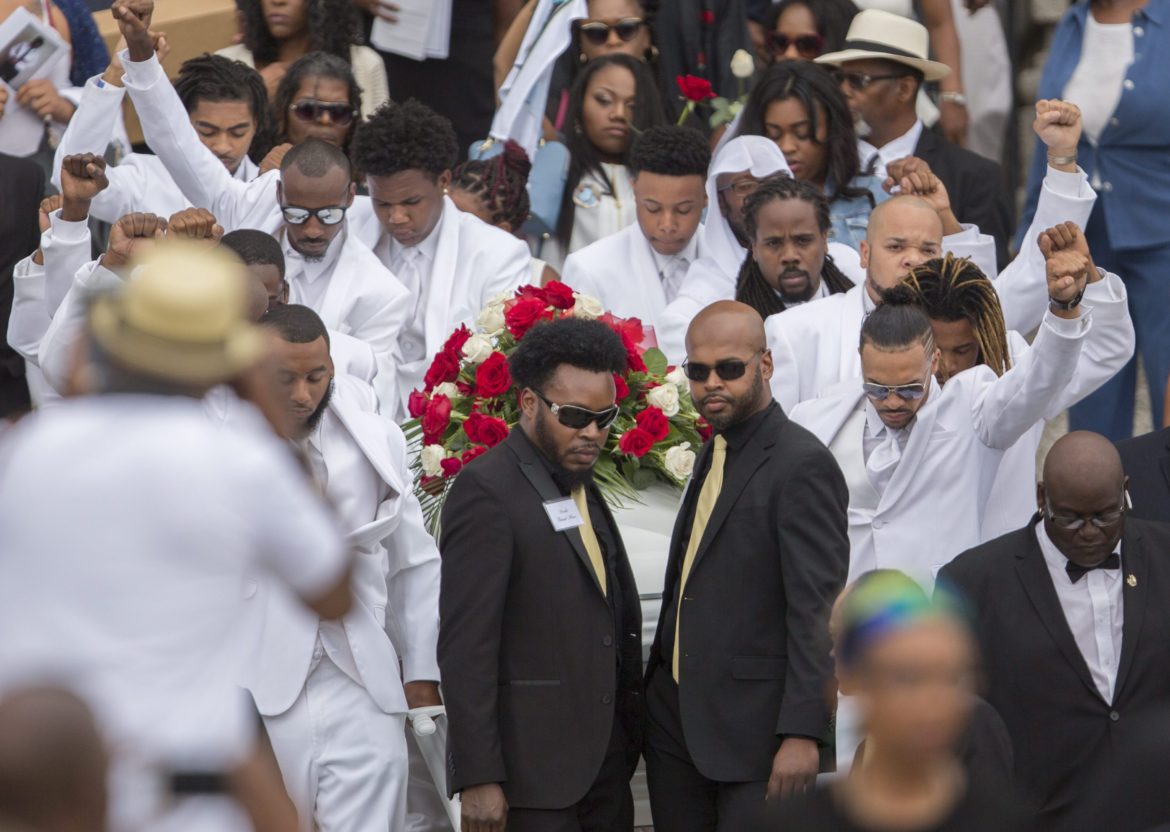 Laid to rest: Chris Juhn at Minnesota Spokesman-Recorder paints a grave and somber picture of a “homegoing fit for a king” at the funeral for Philando Castile. Castile was laid to rest at the Cathedral of St.Paul on July 14, 2016. Both community and family members fondly reminisced about Philando and called for justice.

Faith leaders, family and musicians offered messages of unity and hope, including the Sounds of Blackness who performed their song “Optimistic” encouraging mourners to “keep their heads to the sky.”

Get the rest of the story and see Juhn’s beautiful photospread here. 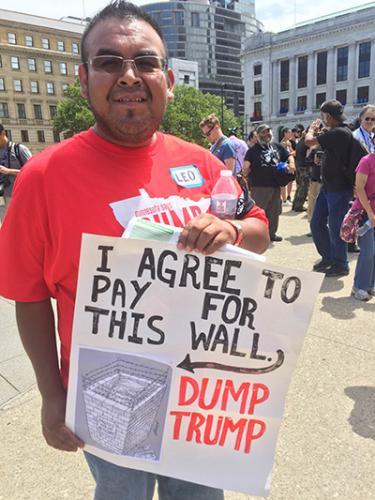 Dump Trump! Minnesotans represent in Cleveland: MinnPost’s Sam Brodey headed to Cleveland this week to spend time with activists from the Twin Cities who were protesting Donald Trump and the RNC. They were a diverse group of people who were representing the immigration rights group, Minnesota Immigration Rights Action Committee. The protest had representatives from many different organizations such as Black Lives Matter and solidarity was a focus of the action. To read more about this head over to MinnPost.

Community supports Lynx after T-shirt controversy: People attended the Lynx’s first game since they wore T-shirts dedicated to victims of police brutality and demanded change. Four police officers who were working security walked out. This prompted many in the community to buy tickets and show support for the basketball team.

“When I heard about the behavior of the four off-duty officers and the statements by the racist Minneapolis Police Federation Chief Bob Kroll, not only did I [feel the] need to support the Lynx, but our entire community should stand behind the Lynx and fill this arena,” said Minneapolis NAACP President Nekima Levy-Pounds, who was among the over 8,000 people who watched Friday’s game.

Get the rest of the story at Minnesota Spokesman-Recorder.