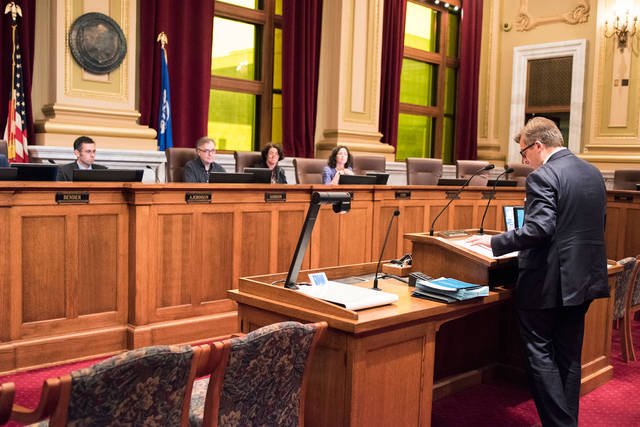 Minneapolis City Clerk, Casey Carl, tells the Health, Environment and Community Engagement Committee that Communities United Against Police Brutality obtained the set amount of signatures to put the requirement of Professional Liability Insurance on the upcoming ballot at the Minneapolis City Council on July 11.

A son realizes his mothers fear: In MSR News Online Mitchell McDonald explains the moment he finally understood his mothers warnings and how the current climate of police violence have left him feeling vulnerable. He also speaks on the role black women play as his protectors.

“My mom knew what I would face as a Black man in America long before I did. From beginning to end, Mary Frances Palmer McDonald was my protector.”

Read more about this here.

Though the measure requires another step of council approval before it’s placed on any ballot, the proposal — backed by the Committee for Professional Policing and more than 7,000 signatures — would require every Minneapolis Police Department officer to carry professional liability insurance.

To learn more about the City Council decision and the organizing efforts, click here.

Thinking Black: Elder Atum Azzahir speaks on having an African approach when it comes to critical thinking. She emphasizes the need for this approach and that Black children must be intellectually stimulated from a young age due to the crisis the community is facing .

Get the rest of this story Minnesota Spokesman-Recorder.