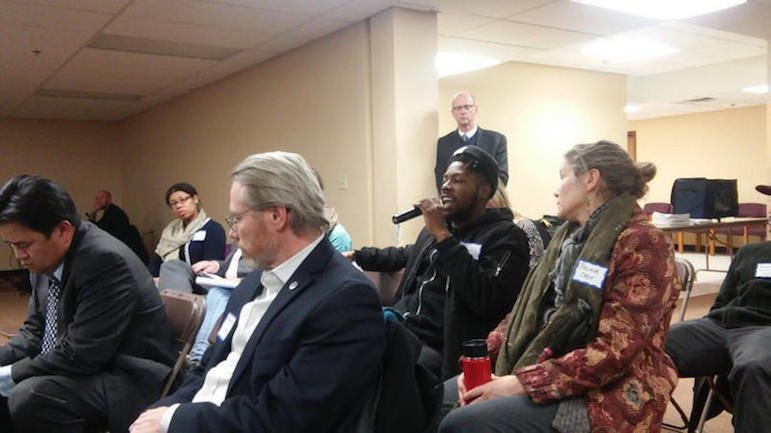 Workday Minnesota explained the importance of a Minneapolis proposal that made gains in City Council this week and mandates all employees working at least 80 hours a year be eligible to earn sick and safe time.

Among the findings [of the City Council committee]: “estimates suggest that between one-third to one-half of Minneapolis residents do not have access to paid sick time, with those residents more likely to be women, people of color, and concentrated among lower-wage earners, working less than full-time.”

The proposal made it through a committee and will now be drafted into an ordinance. Read about the details of the proposal and its progress here.

This week, the Minnesota Spokesman-Recorder took down Jason Riley, a Black conservative Fox News pundit, and his speech to Minnesota’s Center of the American Experiment (CAE) in which he claimed racism as “Black people’s excuse for failure.”

This is truly a stellar example of comfort zone racism: keeping White people isolated in secure bubbles of Minnesota Nice where any real racial conversation is not on the agenda.

Our intent here is to offer constructive criticism, and in all honesty we must say the CAE people appear woefully out of touch with how their speaker’s views come across to the great majority of Black Americans, who are resolutely and wisely unwilling to blame themselves for all the troubles they find themselves and their communities in. They know they did not vote for the trade deals that sent millions of living-wage American jobs to Mexico, India, China — no mention of that from Mr. Riley, nor anything about the astronomical income and wealth gaps between most working Black people and those who pay Mr. Riley’s salary at the Manhattan Institute (or, for that matter, the salaries of those in that room at the Hilton).

Check out more of this scathing review and analysis of Minnesota’s “comfort zone racism” here.

This week on MinnPost, Andy Steiner highlighted a statewide effort to make mental health screening processes more inclusive for refugee communities. She explained the necessity for culturally sensitive screening exists because, “while people all over the world experience mental illnesses like depression and PTSD, different cultures have different ways of describing them.”

Read the in-depth article in its entirety here.