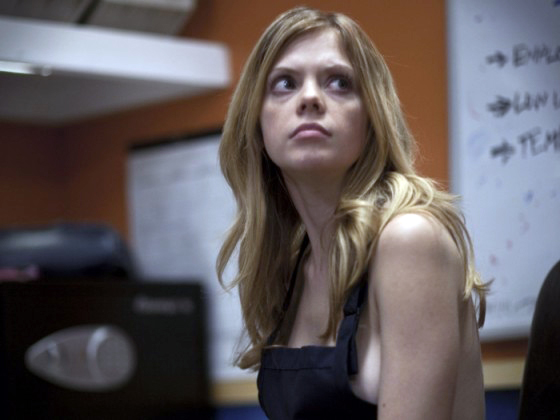 After seeing close to 45 films this December for consideration for my Top Ten films of 2012, it all comes to down to this: a list which represents an obscene number of hours logged sitting, standing, lying down, getting up before sunrise, staying up well into the night with restless mornings and nights, driving and walking though blizzards, downpours, heat waves, and your typical 72-and-sunny days to get to the theater, plop down in front of the computer, and/or kick back in the recliner chair to watch hundreds of movies.

Shuffling through 230+ films and boiling it down to ten is never easy, and tough decisions are always made. There are three films I saw at Sundance that made the list, two have not been released in the Twin Cities but will open next month, and one may never open in the Twin Cities. As for the other four, it was a mixture of going to the theater to see the film or catching it once it was released on DVD.

It is also difficult to present this as my “official” Top Ten list as there still around a dozen films I either completely missed in theaters or that haven’t opened in the Twin Cities that would be considered for the list. The biggest title in the bunch is Kathryn Bigelow’s Zero Dark Thirty, opening Friday January 11, 2013. It is not a slam-dunk that ZD30 would make my list, but I feel it would have a great shot at making it. While studios kept churning and churning more superhero, fantasy, rom-com, action/adventure sequels and prequels out, no major studio film made my list either. Here are some notable titles I missed and wish I could have seen. (I am sure there are plenty of others that I could add to this ever-growing list too.)

As for films on my honorable mention list (in alphabetical order), these 12 films I wish could have made my Top Ten; all are worthy of being mentioned and had an impact on me. And for the first time ever in making up my annual Top Ten list, there were two Minnesota-made features that I highly considered and were extremely exceptional films in there own right, not just for being Minnesota-made features.

Finally, here is my list of the Top Ten films of 2012 and when and where they can be found, either in theaters, on DVD/Blu-Ray, streaming on Netflix or at Redbox.

No film in 2012 floored me and left me as angry, disturbed, and shocked as Zobel’s masterpiece. Ann Dowd’s supporting performance needs to be taken seriously as a major contender at the Oscars.  Love it or hate it, Compliance stayed with me longer than any other film released this year. (Out on DVD, January 8, 2013) [Read Jim Brunzell’s interview with Zobel and the stars of Compliance.]

Haneke’s Cannes winner is a devastating and heartbreaking look at an older couple (brilliantly played by veteran actors Emmanuelle Riva and Jean-Louis Trintignant) hanging on to life and looking toward an uncertain future. Finding delicacies and suspense in the mundane, Haneke leaves no stone unturned. This is further proof that he is one of our most important filmmakers working today. (Opening at the Uptown Theatre on January 18, 2013.)

3.    Once Upon a Time in Anatolia, directed by Nuri Bilge Ceylan (Turkey/Bosnia)

Ceylan’s haunting and mesmerizing police procedural mystery is a beautifully shot adventure of the local police searching for a buried body in the Turkish countryside without any clues or leads. Perhaps Ceylan’s most important and stylish film yet, this might also be the darkest and smartest film of 2012. (Available on DVD/Blu-Ray and Netflix streaming.)

4.    Beasts of the Southern Wild, directed by Benh Zeitlin (USA)

The most original film of 2012, Zeitlin’s Louisianan bayou drama tells the story of a dilapidated community staying put after the Katrina floods—that is until young Hushpuppy (in the breakout performance of the year, Quvenzhane Wallis) unleashes prehistoric creatures into the wild. Beasts is a haunting and a thrilling journey of exuberant imagination and poetic imagery. (Available on DVD/Blu-Ray and in Redbox.)

There is a deeper meaning in Carax’s bonanza opus; at times, it left me scratching my head, but Denis Lavant’s tour de force shape-shifting performance as a dozen different characters over the course of one day definitely made me a believer again in the endless and unlimited power of movie magic. (Not playing in Twin Cities theaters currently, but available on DVD/Blu-Ray, February 26, 2013.)

The “War on Drugs” may never stop in America, but Jarecki’s exhaustive and life-affirming study on how our national drug policy affects the users, the pushers, the judges, the law enforcement agents, the families, and everyone serving time is never easy to swallow. It was the biggest wake-up call among all documentaries this year. (Opening at St. Anthony Main on Friday, January 18, 2013.)

8.    Sound of My Voice, directed by Zal Batmanglij (USA)

Completely flying under the radar in theaters, Batmanglij’s vision of a secret cult forming in San Fernando Valley is cunning and a surprising psychological horror show thanks in large part to co-writer and star Brit Marling’s knockout performance as Maggie, the leader of a so-called new movement, who claims to be from the future. (Available on DVD/Blu-Ray and in Redbox.)

Sean Baker’s terrific drama about friendship, broken dreams, and new beginnings never has a false moment and features breakout performances from Dree Hemingway and Besedka Johnson. Uncovering secrets along the way, Starlet is astonishing and unpredictable, creating tension among characters we have seen and know all too well, but none we have seen like this before. (Starlet has not opened and may never open in a Twin Cities theater; no DVD/Blu-Ray release date has been set.)