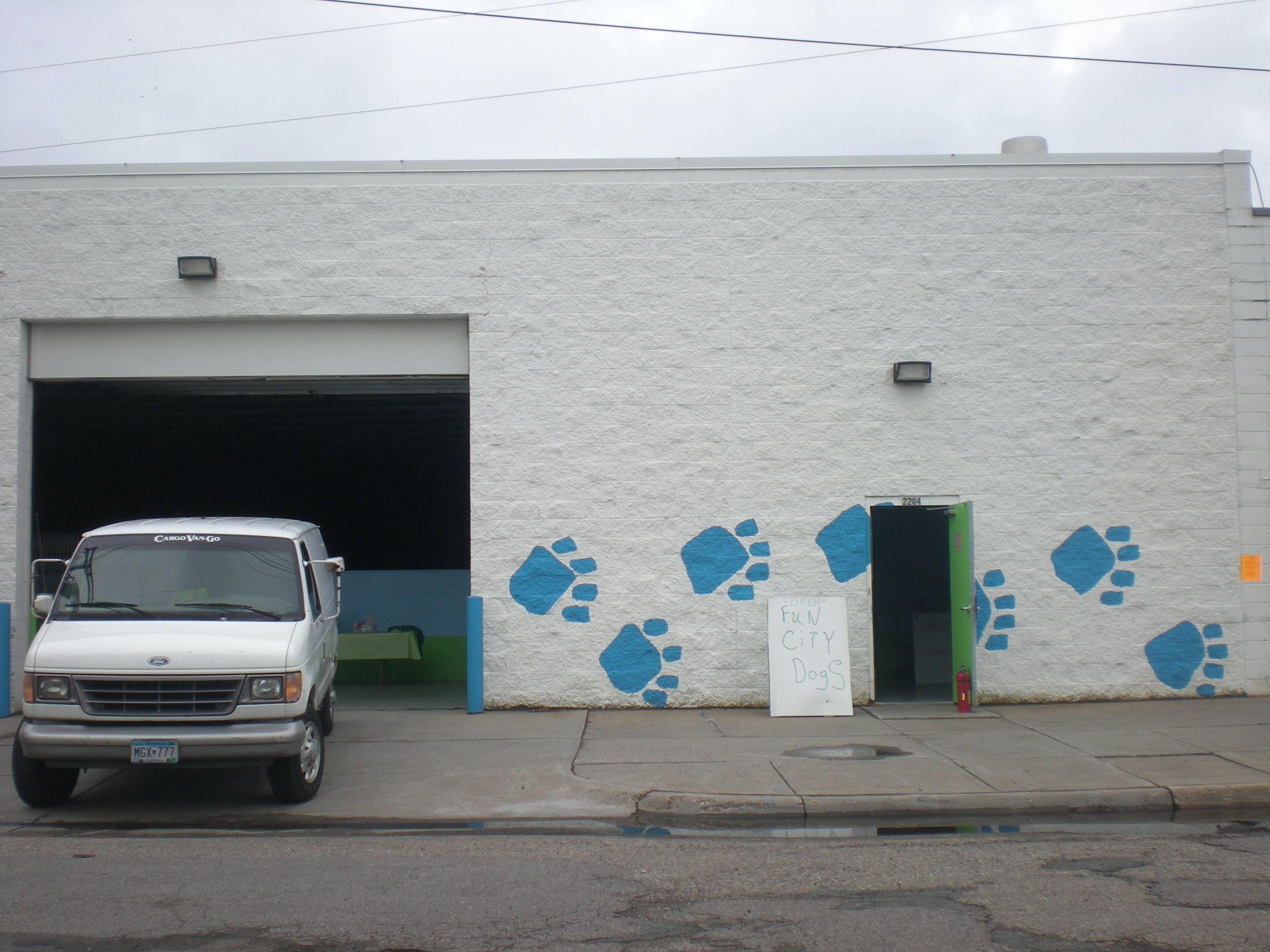 For many, the morning ritual of leaving for work consists of packing a lunch, filling up on caffeine, and locking each and every door.

However, what many members of the workforce fail to recognize is the furry, puppy-eyed danger that lurks in their very homes. When many employed pet owners return from the workplace, they may come home to a partially-demolished apartment and a very guilty dog.

More often than not, a dog is punished for his/her destructive tendencies. But, who’s to blame for the cause of such behavior?

It has been proven that when dogs are locked in a small environment for extended periods of time, they may experience poor muscle tone, obesity, heart ailments, and bone disorders. In addition to the physical ailments caused by a lack of exercise, our canine companions are often subject to emotional disorders as a result of not enough social interaction.

According to RyAnne and Jason Quirk, owners of Fun City Dogs, many of these problems can be solved by enrolling a dog in a daycare system.

“When you come home, you’re tired from being at work all day and your dog is fully excited and ready to start its day because it’s been sleeping all day.” Jason said. “So, you have a conflict of interest; you have to spend a few hours toning down your dog. Whereas if you bring your dog in here, we do that for you.”

Before Fun City Dogs, Jason developed a successful commercial cleaning business in 2002. Six years later, RyAnne joined Jason and they worked together to maintain Extreme Clean Team, LLC. With experience in dog breeding, training, and rescuing, both RyAnne and Jason felt a need for a daycare service in the area to help prevent the poor treatment of animals. So, earlier this year, the Quirks bought a warehouse in the Seward neighborhood, renovated it, and Fun City Dogs was born.

Fun City Dogs provides canines with about 11,200 square foot free-roam boarding facility, meaning the space in not kenneled and dogs have the opportunity to interact with one another in both indoor and outdoor areas. RyAnne and Jason also provide overnight care for dogs.

“It’s like a living-room atmosphere where the dogs can sleep in their beds or one of ours. The overnight care isn’t kenneled and it’s supervised as well, so you’re dog isn’t locked in jail while you go vacation,” RyAnne said.

The average day for a dog enrolled in Fun City consists of a flurry of movement and interaction. As soon as the dogs come in, they are treated to the excitement of play-time in the facility as well as the approximate 3,000 square feet outside. Around 11:00am, the dogs settle down for about a half an hour and the rest of the day is filled with physical activity and socialization. Jason said, “By the time the parents pick [the dogs] up, they’re ready to go home and sleep.”

Fun City was formed to ensure that both dogs and humans have a better living environment. Another principle of Fun City Dogs is to provide this service at the lowest coast possible. “You’re dog is a being,” he said. “Your dog has feelings and your dog is your friend no matter what. We’re just trying to get the word out: Treat your dog well.”

Above play-time for the dogs and an easy-going home environment for the parents, safety is the top priority for RyAnne and Jason. Fun City Dogs has never experienced a dog fight, but Jason said that both he and RyAnne a ready to step in to separate an altercation. The facility has three separate pens as well as the indoor and outdoor spaces which ensure that, if worse comes to worse, the dogs can held until the owners pick them up.

When it comes to dog fights, Jason said, “There is no standing back and hoping for the best. The fight will be intervened and your dog will be saved.” According to RyAnne, these behaviors can be prevented and she said animal behavior is closely monitored at Fun City.

To receive more information about how to enroll your dog in Fun City, call RyAnne or Jason at (612) 722-DOGS (3647). Jason said that if neither he nor RyAnne are not at the facility, they would be willing to meet a dog outside of normal business hours (6:00am-7:00pm).

“We encourage you to come in and take a look at our facility, and possibly even take your dog with you and hang out for a little while to take a look,” Ryanne said.