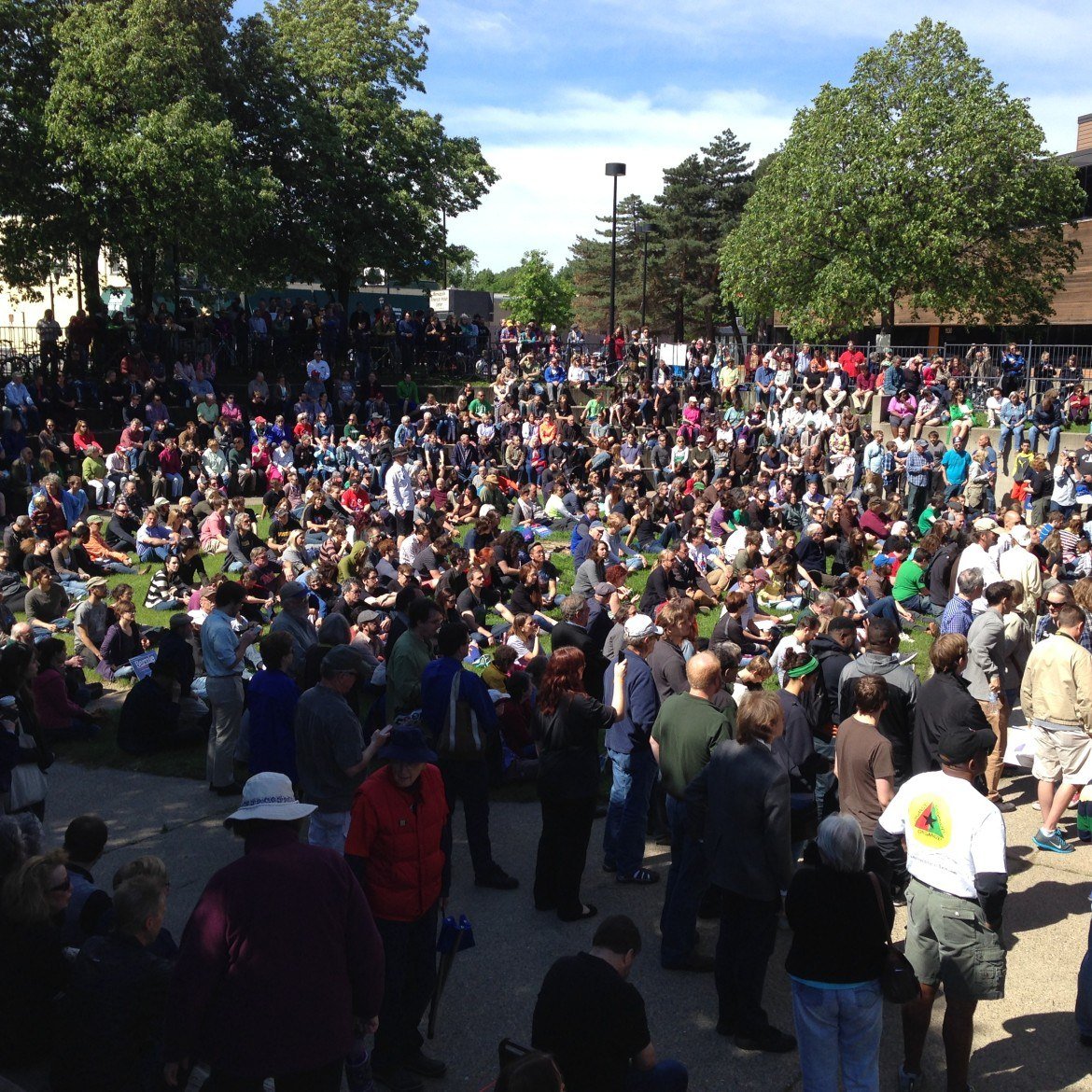 It’s no secret that most of the heavy-hitters in the DFL are already pledged to Ms. Clinton. So who were the people who turned up to hear and cheer for Bernie Sanders? Generationally, they appeared to be a diverse crowd, ranging from 18 to 80-plus. The crowd was noticeably less diverse with perhaps 5 to 10% people of color.

Primer on Bernie Sanders: He’s 73 and has been the junior Senator from Vermont since 2007. From 1989 to 2006, he was the single at-large Congressperson from Vermont. From 1981 to 1989, he was the Socialist Mayor of Burlington, Vermont’s largest city. An Independent, he caucuses with the Democratic Party and is counted as a Democrat for committee assignments. He is one of two men challenging Hilary Clinton for the 2016 Democratic Presidential nomination.

Potential Sanders voters cheered wildly for a strong government job creation program, closing tax loop-holes, making the 1% pay their share of taxes, debt-free education opportunities, and getting the money out of electoral politics. Only a few like-minded organizations “tabled” the event – Socialist Alternative, and 15Now were in evidence. There were others there, individually or in small groups, who are members of socialist organizations – for instance DSA, Democratic Socialists of America, which is probably the closest to Sanders ideologically, although he is not a member of any of them.

Sanders only announced his bid for the presidency on May 26, and the campaign set up his Minneapolis visit the next day. The event was moved to the American Indian Center on Franklin Ave. to accommodate the growing demand after being slated to take place at the Local SEIU 26 office. On Saturday it was announced that there were over 1500 acceptors and more expected. Not everyone made inside.

Sanders’ speech was nearly an hour long, despite the fact that he was noticeably very hoarse. Many who attended the event complained that he spoke nothing about American Indian issues, despite holding the event in one of the largest Indian communities in the nation. He’s spent the week hitting the campaign trail hard, fast and loud. This could be the start of a movement.