“Faith in the public schools has been steadily eroding since 1973. But are things really this dismal?” The answer, according to an article in the October 10 Education Week, is a resounding NO. Despite constant criticism and flagging public confidence, schools and students are steadily improving — and the number cited by MetaMetrics, an education research firm, back up their positive conclusion.

Everybody’s got numbers, so why should we believe theirs? Well, I checked. Their numbers are consistent with lots of other reports from multiple sources. (If you want to do your own checking, I’ve included some links at the end of this article.)

Here are some of the good-news numbers:

(According to the National Center for Education Statistics, “The status dropout rate represents the percentage of 16- through 24-year-olds who are not enrolled in school and have not earned a high school credential (either a diploma or an equivalency credential such as a General Educational Development [GED] certificate).”

And it’s not just about dropout rates (falling steadily) and graduation rates (rising steadily). U.S. student test scores are also rising. Not what you’ve heard? Here’s where it gets tricky. 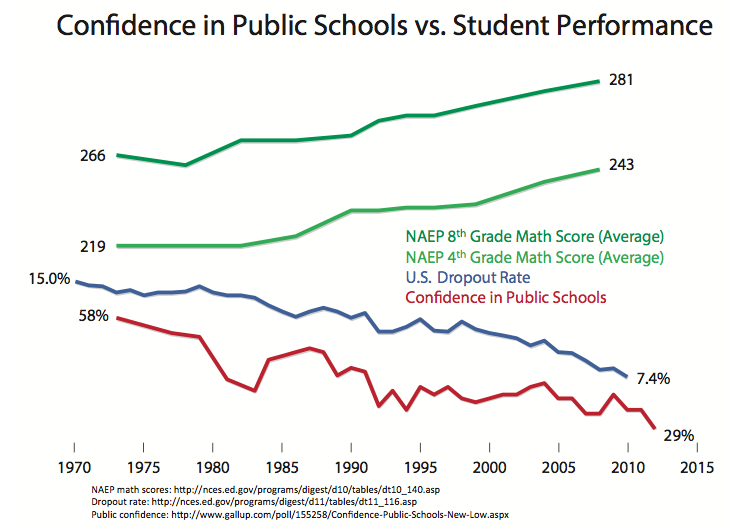 That’s despite the fact that a higher percentage of U.S. students are enrolled in school today than in 1970, at all levels, according to a U.S. Census report: 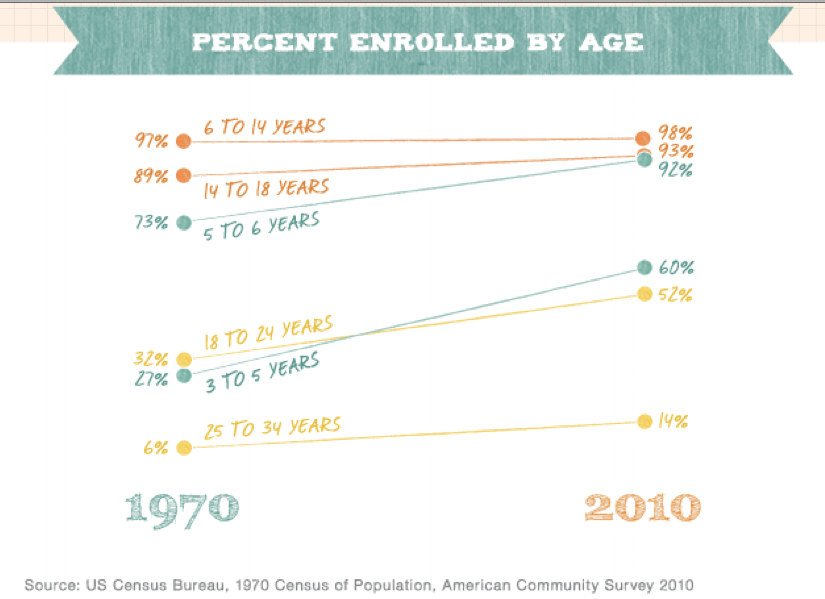 Politicians and alarmists point to the fact that the U.S. is no longer at the top of educational rankings globally. That’s true, for a variety of reasons, including improvement in other countries’ educational systems. Regaining a global leadership position in education is an important goal. But, as the MetaMetrics report points out:

Our leaders on both sides of the political aisle need to do more substantive work in education than merely complain about our lack of progress. In fact, our leaders would do well to point to some of our successes along the way. It is worth remembering that while we may trail our international peers in STEM related fields, many countries continue to send their students to our shores for our cultural significance and to study American ingenuity and creativity. However almost all players along the educational food chain—from the classroom teacher, the principal, the local superintendent, and ultimately the state chief—feels assailed on all sides. The accumulation of negative news reports and the labeling of teachers and schools as ‘failures’ do little to provide a conducive environment for productive change.

More places to look at the numbers: