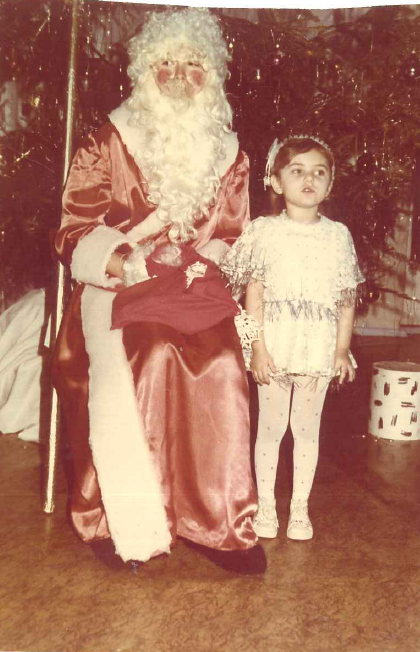 Veronica Gagnelius always knew she was Jewish. She just wasn’t sure what it meant.

“All I knew was that my official documents said ‘Jewish’ and that made me different,” says Veronica, who serves as the Minneapolis Jewish Federation’s in-house graphic designer.

In communist Belarus, where Veronica’s family lived until 1992, practicing religion was prohibited. Even so, those with Jewish heritage were singled out and became targets of extreme anti-Semitism. “There were four ways people knew you were Jewish,” says Veronica, “Your last name, the way you looked, it was on your passport and the fact that when people started to make anti-Semitic comments, you didn’t participate.”

It was the constant and often violent prejudice that prompted Jews all over the former Soviet Union to seek refuge elsewhere. But leaving was nearly impossible, as most Soviet Jews were denied an exit visa.

The Face of Soviet Dissidents

After young college graduate Natan Sharansky was denied permission to emigrate from the former Soviet Union to Israel in the 1970s, he became visibly involved in the Soviet rights movement. By 1977, he was the poster child for Soviet dissidents. When he was accused of spying for the United States, Natan spent the next nine years in a Siberian labor camp, often in solitary confinement, despite repeated denial by the U.S. government.

In his memoir, Fear No Evil, Natan describes his defiant celebration of Chanukah in the prison. His makeshift menorah was cobbled together from wood and contraband candles; his prayers were improvised. He “was still a novice” when it came to Jewish rituals, having never had the chance to formally practice Judaism.

Across the former Soviet Union, Jews like Veronica and her family weren’t quite as fearless as Natan. They coped with a lack of religion, and thus, celebrations, by inventing their own traditions. Although they were constantly reminded of their heritage, Jewish customs became a mystery for most families.

Jews couldn’t hide from anti-Semitism. It came from co-workers, it came from random passersby on the street, and it even came from the government. Veronica’s mother, Zina, remembers waiting in line at the post office to send a letter to Israel. When the postal worker saw where the letter was to be sent, she purposely ignored Zina. “My mom asked when it would be her turn,” says Veronica, “and the postal worker told her, ‘You jid, you go back to Israel. Maybe they’ll serve you there.” 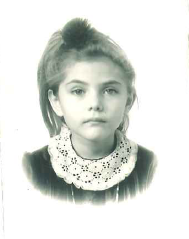 In 1986, Natan Sharansky was freed from Soviet prison after worldwide outcry, and a Soviet – U.S prisoner exchange. He immediately made aliyah and became involved in the Soviet Jewry struggle. He entered Israeli politics and helped pave the way for millions of others to make aliyah and successfully integrate with the new culture.

Meanwhile, the anti-Semitic treatment of Veronica and her family escalated, culminating one summer when Veronica’s brother Eli burst through the front door of their house. He had been picking beets at a farm many hours away, a requirement for all students after graduating high school. The anti-Semitic bullying that had plagued Eli for the first week of his assignment became too much for him to handle, and he ran away, finding his way home. As he ran in the door, he said “I will not live in this country anymore. If you don’t get me out of here, I will find a way out.” For the family, this was the last straw.

After Natan Sharansky was granted aliyah, the United States began opening its doors to Soviet Jews. In the early 1990s, Veronica’s family applied for amnesty, but theirs was just one application in a sea of requests. With the help of Veronica’s persistent aunt in New York City—she visited the amnesty office repeatedly and at one point would not leave until the family was put into the system—Veronica, Eli and their parents were granted amnesty. They left their assigned jobs and cramped, government issued apartment for the land of the free: Minnesota. 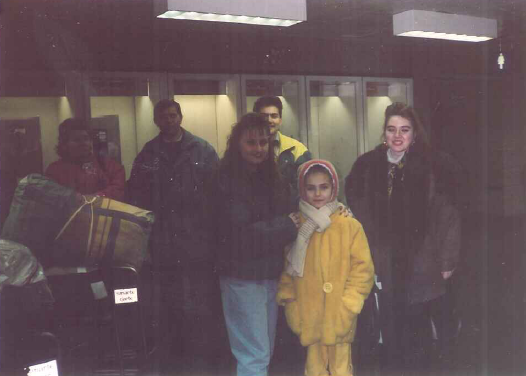 Right: Veronica and her family in the airport just after arriving in the United States

Integration took time for Veronica and her family, but the concerted effort from the Minneapolis Jewish community helped – as did the toys. Veronica was too young at the time of her move to recall many memories, but she remembers two things very clearly: the host family that invited her family into their home, and the toys.

“The toys here were way better,” she declares.

What toys will Veronica receive? How will she and her family adjust to life in Minnesota? And what happens to that Sharansky guy? Find out in part 2 of Veronica’s story on Sunday!

Spoiler alert about Natan Sharansky: he receives the Presidential Medal of Freedom, becomes Chairman of the Jewish Agency for Israel (a Federation partner), and comes to Minneapolis on Monday to speak at the Federation Community Campaign Kickoff Event! We can’t fit his whole story here on TC Jewfolk, so if you need to hear more about Siberian prison—and you do—click here for all the details on attending the kickoff.

Daci Platt spends 99% of her life explaining her name (it’s short for Hadassah) and 1% adjusting to life in Minneapolis. She and her husband Yoni moved from Louisiana in June 2012 and are still trying to understand the appeal of a hot dish. Daci is a writer at the Minneapolis Jewish Federation and enjoys blogging, laughing, and dancing.