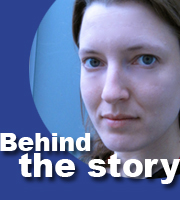 Pretty much my favorite articles to write are the ones that cover protests.  It doesn’t even really matter what the protest is about.  I love the energy and the passion that fuels these gatherings- it is far more dramatic and alive than any play or movie.

So I was excited to cover the April 14 protest over at KDWB studios in response to the racist parody song that the station aired and their subsequent non-apology.  The problem? It started at 7 in the morning.

Really? How could they expect droves of people to show up that early?

But sure enough, the protest attracted around 200 people, although truth be told the second hundred didn’t show up until around 8 o’clock.  It was a very well organized- I have to hand it to Boa Lee, who worked on the press materials for the show, and the folks at Take Action Minnesota.  They had speakers, poets, organized chanting- it was fantastic, classic Minnesota outrage in actino.

The one bad part about the morning, aside from the fact that it was so early, is that it was freezing.  Spring had disappeared again. It was so cold that I had to take little five-minute breaks every fifteen minutes to go unfreeze my hands in my car.

I made a little YouTube video to go along with my article, which I posted before the article was published.  Then the comments started. I was horrified at the racism in some of the comments. I won’t quote them here, and some have been flagged and removed. Sometimes you get little reminders of how much racism is still prevalent in our society, and this was one of those times.